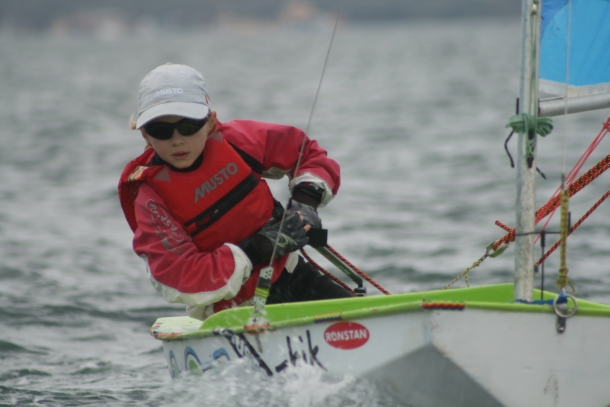 The Cruising Yacht Club (TCYC) in conjunction with the WA Minnow Sailing Assoc hosted the 35th Australian Alcoa Minnow Sailing Championships from 11-16 Jan 2015.  The regatta attracted 57 sailors from WA, NT and Victoria, 42 in the combined Open/Junior fleet and 15 in the Novice.

In the Open Division, local sailor Kieran Bucktin dominated the first 2 days of the regatta with 4 firsts and 2 seconds to give a comfortable lead over Victorian rival Hamish Bolton.  Third place in the open division was taken out by NT sailor Kieran Schortz. Kieran was able to also take out the Junior title over NT sailor Huw Wiltshire.

This is the first time the open title has been won by WA and only the 2nd time in Minnow history that a junior sailor has taken both junior and open titles.

Open fleet Race Officer had his work cut out for him to set a course in the light fickle winds in the mornings, the afternoons giving a more consistent and stronger breeze which provided a range of conditions and making a fair regatta for all competitors overall.

The Novice fleet racing was very tight between Drina Bucktin who narrowly won over fellow TCYC sailor Jacob Mills followed by Victorian Charlie Hunter-Scott.  Drina sailed well to place in the top 3 in every one of the 12 races to join her brother on the winners podium.

The novice fleet had 3 former Minnow sailors to help coach the back half of the fleet.  On the final day, the sailors ran a race for the start boat crew, coaches/support boat drivers.

Despite the Novice RO Gail Luff sinking her borrowed Minnow  ‘Bubbles’, this was a great fun event for the kids, cheering their coaches on and running the race for the adults.