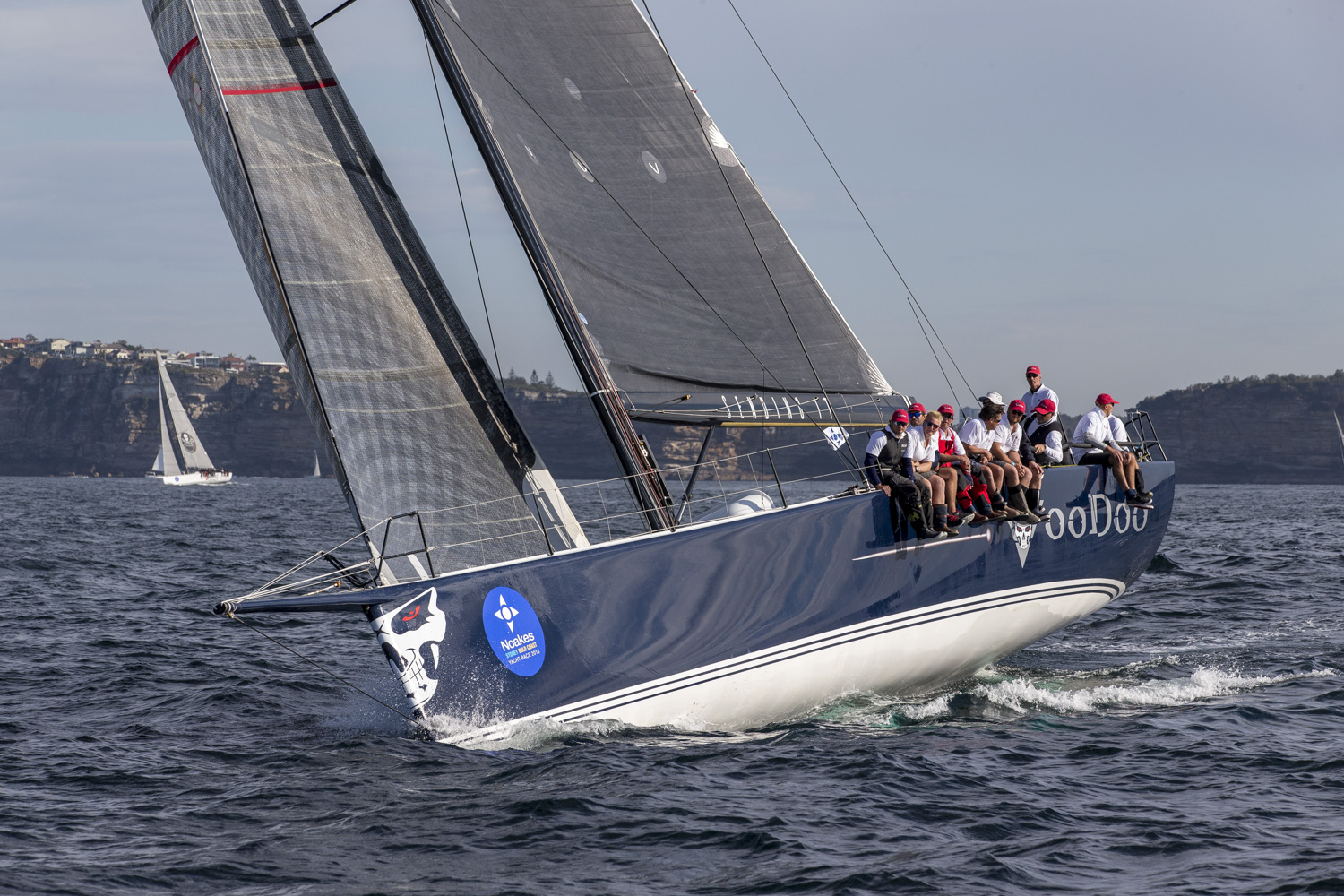 The Festival of Sails 2019 has its first entry in Hugh Ellis’ Reichel/Pugh 63 called Voodoo, which last campaigned the popular Geelong regatta in 2009 as Limit and now sails for the Ocean Racing Club of Victoria.

Within an hour of the Notice of Race going live, organising authority the Royal Geelong Yacht Club had its first entry, and the club is delighted a Victorian owner claimed the honour.

Notice of Race and online entry for the January 26-28, 2019 regatta via https://festivalofsails.com.au/notice-of-race video https://youtu.be/OwcH-09n7O8

“Hopefully we’ll have a Rolex Sydney Hobart win behind us by January!” said Ellis just prior to the boat’s Australian reentry, in the Noakes Sydney Gold Coast Yacht Race which is wrapping up in south-east Queensland with one boat still at sea.

“I consider the festival Victoria’s premier sailing event, and the opening Passage Race is fantastic! It’s not often you get that many boats on a start line. Geelong put on a great show and there’s terrific summer flatwater racing to be enjoyed.”

Having sold his smaller Cookson 12 Voodoo, Ellis is making grand plans for the new toy, a sistership to the Hobart race winner Loki he spotted for sale in the USA and brought back to Australia to contest the major races and regattas with a predominant Melbourne crew.

Off the back of January’s 175th Festival of Sails festivities organisers expect another great showing, particularly as the Australian Yachting Championship will again precede the festival, from January 22-24 hosted by the Royal Melbourne Yacht Squadron.

Recently appointed Festival of Sails chairman Stuart Dickson believes having three Australian championships, for the J111, VX One and Sports Boats classes, under the event banner, plus the Australian Yachting Championship in the days prior, brings additional kudos to the 176-year-old regatta, Victoria’s oldest sporting event.

“All three classes are keen to take advantage of the existing regatta infrastructure and experienced race management teams and onshore offerings, including plenty of accommodation and food choices, activities for the kids, and back-to-back live entertainment ashore throughout the series, for their nationals,” Dickson said.

VX One Australia secretary/treasurer Brett Whitbread said teams were expected to come from all Australian states and territories, other than Tasmania and the Northern Territory, to take part. “The VX One class is a modern, light, one-design sports boat, more like a big dinghy than a traditional keelboat. It is usually sailed with two or three people.

“The VX Ones held their Australian titles as part of the Festival of Sails in 2016 and we are pretty keen to get back there. As the name says, it’s the festival vibe that makes this event great, not to mention that Corio Bay is well suited to the class,” Whitbread said.

As always, the RGYC sailing office and planning committee plus regatta director Denis Thompson considered feedback following the 2018 edition and tweaked the divisions and race schedule to enhance the overall festival experience for sailors, whether grand prix or cruising non-spinnaker.

A two-race mini-series for RGYC members and competitors who haven’t entered a Festival of Sails for the past five years, or at all, is on offer for the first time.

“The idea of this new division is that cruisers who may not be interested in the full series can be part of the Passage Race on Saturday, Australia Day, then the twilight race on the Sunday. It’s a taste of the full festival on-water and delights of the busy shoreside program without the three-day commitment,” the chairman said.

“The Corio Bay Class Series is another new division, it’s an inshore-only series of four races for those owners whose boats don’t meet the required safety for the Melbourne to Geelong Passage Race,” Dickson added.

For families, the International Cadets and Optimists will both race on the Sunday which means parents and their children can race on the family boat as part of the Passage Race spectacle, then the kids can skipper or crew their own dinghies on the Sunday.

Online entries close Friday January 11, 2019 at midnight and thereafter a late fee of $250 may apply up until the final closing date of Tuesday January 15.