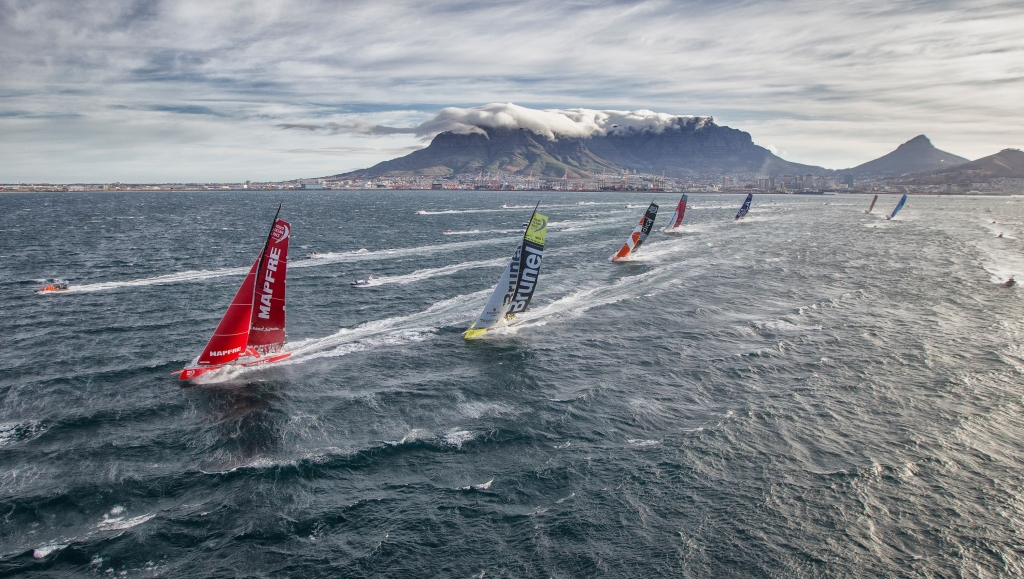 Following discussions with key stakeholders it has been determined that additional planning time is required to implement the recently announced changes to the race schedule. As a result, the proposed 2019-20 race in new boats will not take place as planned. A revised schedule for future Volvo Ocean Races will be announced as soon as possible. Volvo remains committed to ensuring that any planned changes deliver long-term sustainable benefits to the race and participating teams.

The design work on the exciting new Super 60 concept, at the forefront of foiling offshore monohull technology, continues.

The current 2017-18 Volvo Ocean Race is completely unaffected by this change and will proceed as publicly announced.

As a consequence of this review to the race schedule the current CEO for the race Mark Turner has decided to step down from his current position. He will remain in the CEO role until a successor is appointed, a search for which has started.

“Whilst we regret the fact that Mark has decided to step down from his current role, we are grateful for the hard work and contribution over the last 16 months. The leadership team Mark has put in place will ensure the race remains both a world class sailing and business platform and we wish him all the best for the future,” says Henry Stenson, Chairman of the Volvo Ocean Race supervisory board.

“Although I have decided to step down from my position, I am very grateful to have had the opportunity to lead the Volvo Ocean Race at this important time. I am confident the 2017-18 race will be one of the best ever,” says Mark Turner.

Volvo Ocean Race ready for start of race in October 2017

The 2017-18 Volvo Ocean Race will start in Alicante on October 22, 2017 and finish in The Hague in June 2018, visiting 12 stopovers (Alicante, Lisbon, Cape Town, Melbourne, Hong Kong, Guangzhou, Auckland, Itajaí, Newport, Cardiff, Gothenburg, The Hague) in the epic around the world adventure covering 45,000 nautical miles. The race will be made up of seven highly qualified and professional sailing teams, including some of world’s most accomplished and experienced sailors.

A: No impact on the current edition of the race is expected. Mark Turner’s role was primarily focused on future strategy. The Leadership Team is very well prepared and ready to deliver an outstanding sporting and sponsorship experience. Mark Turner will remain as CEO until a successor is appointed.

Q: It was announced in May that future races would be held in a two year cycle, rather than the current three year cycle, has that changed?

A: AB Volvo and Volvo Cars are committed to developing the race going forward as announced in May, including optimizing the race cycle. However, following discussions between the two owners of the event, it has been determined that in order to fully implement the announced changes additional planning time is required, specifically in relation to the race cycle. A final decision will follow at a later stage.

Q: It was recently announced that the next Race would start in 2019, is that still the case?

A: Following discussions between Volvo companies, it has been determined that in order to fully implement the announced changes additional planning time is required, specifically in relation to the race cycle. A final decision on this will follow at a later stage. This rules out a race start in 2019 with new boats, however the Volvo Ocean Race leadership team is developing plans to ensure activation opportunities and stakeholder return using the existing boats.

Q: A number of additional initiatives were announced in May aimed at developing the sporting and commercial value further, are these other initiatives still going ahead?

A: Yes, that is the intention.