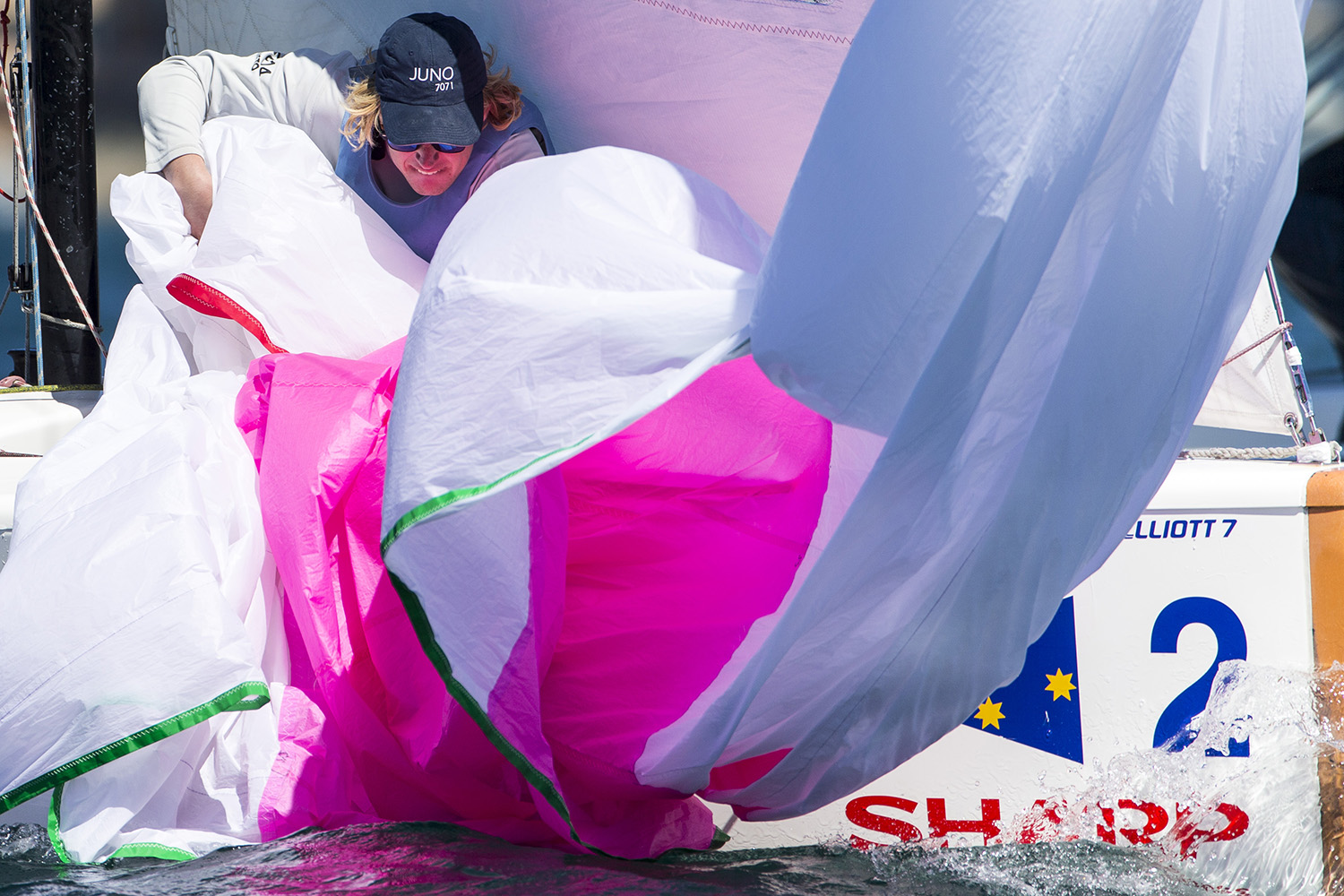 SYDNEY. Day 2 of the 2017 Sharp Australian Youth Match Racing Championship saw the 10 teams from five states tested to their limits as a classic summer Sydney seabreeze built throughout the day, peaking at 27 knots before the teams were sent home for the day.

For the second day now, the Cruising Yacht Club of Australia’s Tom Grimes returned as ‘Boat of the Day’, remaining undefeated throughout their six races.

Although there was a small delay in the morning as the competitors waited on the water for the breeze to settle and strengthen, the Race Committee team managed to keep ahead of schedule with now 15 of the 18-flight qualifying stage complete.

With so much of the qualifying series now finished, clear leaders in the regatta have started to emerge with regatta leader Tom Grimes (14-1), James Hodgson (MYC, 12-3) and Clare Costanzo (RPAYC, 11-4) all safe from elimination and will sail through to the semi-finals. The final fourth spot is gridlocked with two more New South Wales entries, Finn Tapper from the CYCA and Thomas Steenson from Newcastle locked together on 8-7 scorecard.

Mathematically speaking, Darwin’s entry skippered by John Lynch, can also still make the cut, but they need the two New South Wales teams to have a disastrous end to their qualifying series, with Lynch required to win all his races and the two NSW’s teams to lose their remaining 3 races each.

For the rest of the teams, tomorrow’s racing will prove to be their last chance to climb the ladder before sail-offs are paired together.

Tomorrow’s forecast is still set to throw a few curveballs at race management with a weak westerly filling in before transitioning around to the east for the afternoon. Racing will resume at 1000hrs in the vicinity of Rushcutters Bay with the intentions of the Race Committee to complete the Round Robin and first flights of the semi-finals.