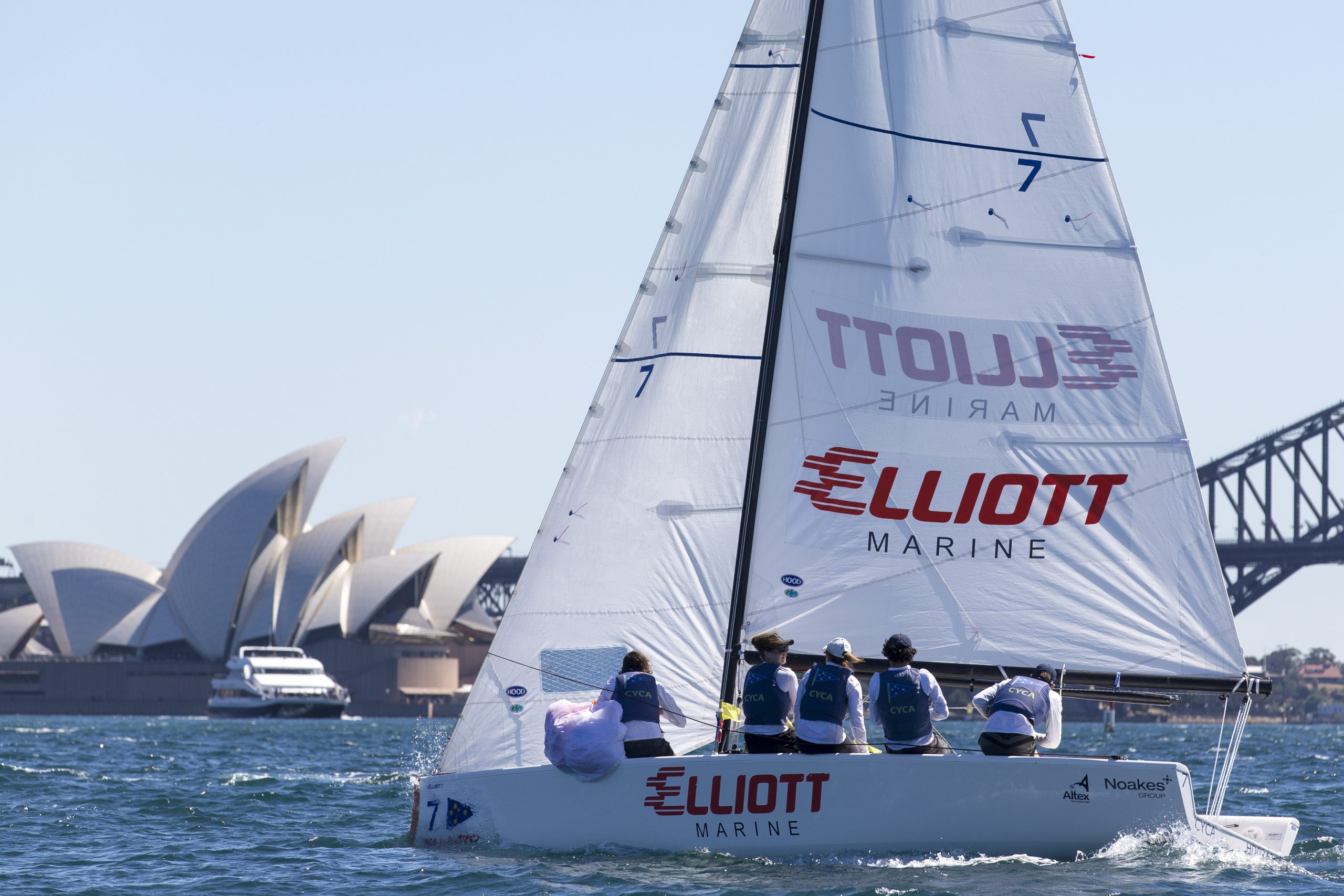 SYDNEY. New South Wales continues to dominate the 2017 Sharp Australian Youth Match Racing Championship with three out of the top four semi-finalists reigning from Sydney yacht clubs. Regatta leader, Tom Grimes from the Cruising Yacht Club of Australia topped the round robin qualifying stages from the only all-female team led by Clare Costanzo from the Royal Prince Alfred Yacht Club, with James Hodgson (QLD) being the only non-NSW team to qualify for the knockout rounds finishing in third.

Today’s final three flights of the qualifying double round robin proved to be some of the closest and most hard-fought races, with the Cruising Yacht Club of Australia’s second team led by Finn Tapper sailing exceptionally well to win all of his remaining three flights to take the final semi-final spot in fourth ahead of Newcastle’s Thomas Steenson who lost his opening race which cost him a chance at the regatta title.

For Tapper, the regatta so far is a vast improvement from last years, which was his first match racing event, where he finished in seventh place.

With a shifting and puffy Westerly breeze on Sydney Harbour today, the crews continued to handle the conditions well in the CYCA Youth Sailing Academy’s Elliott 7s with gusts of 26knots recorded from Race Committee. The third day proved to be a welcome improvement also for Tom Siganto from Southport Yacht Club. The young team, competing in their first match racing regatta climbed the standings to 6th after the round robin.

After finishing atop the group on 15-3, Tom Grimes selected club member Finn Tapper for their semi-finals leaving Clare Costanzo to race against James Hodgson from Mooloolaba Yacht Club.

Hodgson sat out from his first two races after battling illness all week. The Queensland Youth Sailor of the Year made the decision to rest this morning after already qualifying for the semi-finals yesterday. The rest proved to be well worth it, as he took out the two races he competed in, beating Tom Grimes before taking out Race 1 in his semi-finals match against Clare Costanzo.

Tomorrow is the final day of the Australian Youth Match Racing Championship with another challenging day predicted for racing. The Race Committee will complete the semi-finals before starting the finals around 1pm in the vicinity of Rushcutters Bay. Racing can be followed live on the CYCA Youth Sailing Academy Facebook page or via the CYCA website.