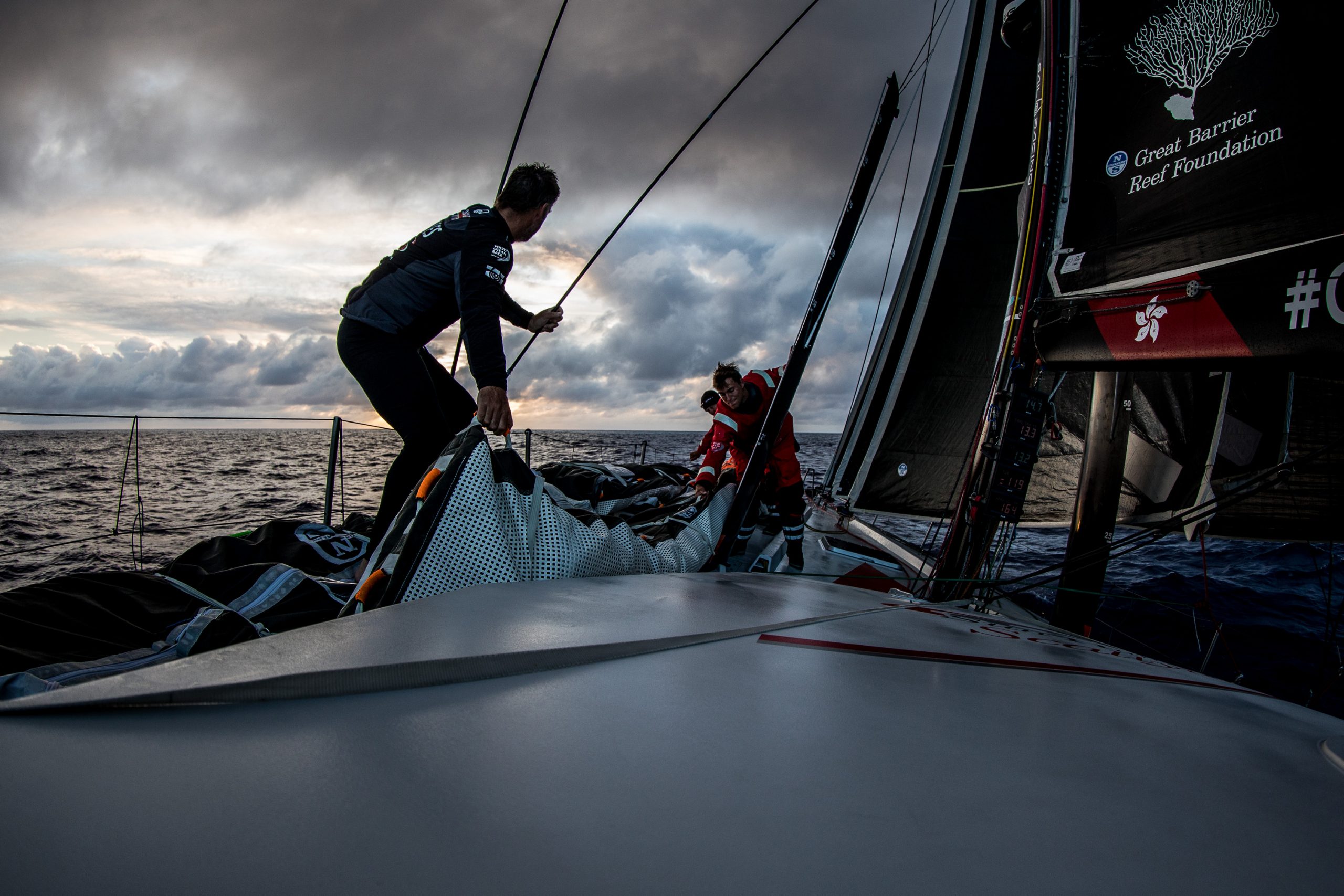 Leg Two of the Volvo Ocean Race is entering a critical tactical phase this weekend as the teams position themselves to pick up the weather systems that will carry them to Cape Town.

A 130 nautical mile lateral split has opened up in the Volvo Ocean Race fleet on Friday as the teams trade off better wind with shorter distance in a bid to get to Cape Town first.

Bouwe Bekking's Team Brunel were today the most westerly boat having gybed onto starboard at 0900 UTC, with Vestas 11th Hour Racing following suit shortly after. For several hours Bekking's Dutch-flagged boat was actually pointing in the opposite direction to Cape Town, much to the amazement of some race fans glued to the tracker.

By 1300 UTC they were back on port having sailed 40 miles in the 'wrong' direction – but seven-time Volvo Ocean Race veteran Bekking explained that, despite what it might look like, there is method to their madness.

Brunel and Vestas are in fact gambling on being the first to reach bigger breeze associated with an large South Atlantic depression moving east at speed that could slingshot them to the finish line.

“We were one of the first to gybe, actually heading away from Cape Town,” said Bekking prior to re-joining the fleet on port gybe.

“The reason for that is that further to the west is more pressure. We are aiming to get to that area, do one final gybe and then 'jump on the train'. This gybe will be expensive one on paper but we think it's a good investment for the near future.”

Brunel trimmer Annie Lush added: “This is a really important part of the leg. There are big gains and losses to be made.”

Meanwhile Brunel's Dutch rivals team AkzoNobel were some 130 miles to their east having opted to 'cut the corner' by sailing a more direct route to the Leg 2 finish line. Their bold move puts them atop the rankings at 1300 UTC because they are significantly closer to Cape Town than their rivals.

However the compromise that comes with their decision is having to wait longer for the stronger, more favourable winds of the low pressure system to pick them up.

In the middle is Dongfeng Race Team and MAPFRE, the two furthest south boats.
They are expected to pick up that coveted breeze on Sunday, signalling the start of a wet and wild run into the finish line that has the potential to see the 24 hour distance record tumble.

“The next 24 hours are going to set up the strategies for this leg,” said MAPFRE's navigator Juan Vila.

“We've talked about using stealth mode – we don't know whether to use it now or later on. We haven't made that decision yet.

“There are a lot of opportunities [to overtake Dongfeng] in the southern Atlantic, and in fact all the way to Cape Town, so we will try to make the best of these and find a passing lane. Anything can still happen.”

Further to the north, skipper David Witt's Sun Hung Kai/Scallywag chased down and passed Dee Caffari's Turn the Tide on Plastic. This is an ongoing battle however, with less than a mile separating the rivals.