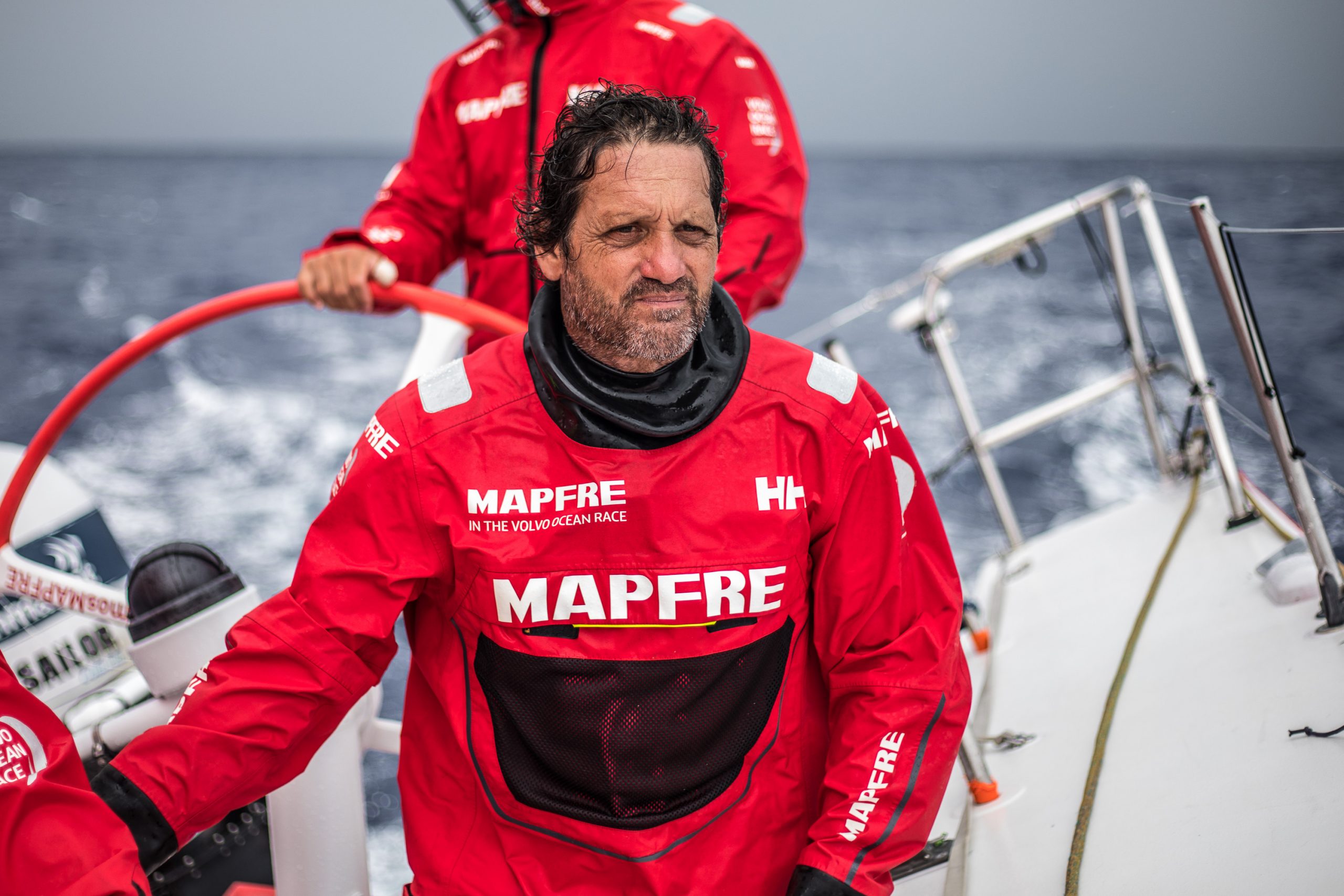 Team AkzoNobel is looking to get an early start on the weekend, making a serious bid to be first out of the doldrums on Friday afternoon.

The team is now furthest south in the fleet and is beginning to pick up the westerly breeze that would indicate they’re past the worst of the light and variable winds that plague this area.

But who will progress best through the challenging conditions, where strong cloud formations produce hyper-localised weather, is not yet clear.

Early winners have been AkzoNobel, along with Team Brunel and Turn the Tide on Plastic. The latter two have been positioned furthest west, while AkzoNobel is now (1300 UTC) the southernmost team, about 60 miles north of the equator.

“Each position report is very important right now,” says Turn the Tide on Plastic navigator Nico Lunven. “We are in this tricky wind area, so it’s key to see what wind the other boats have, so we can understand what is happening. We’re not doing too bad… third, behind Akzo and Brunel.”

One of the most frustrated teams will be MAPFRE, who seem to have a cloud following them around, bringing light, variable conditions, while their neighbours make quicker progress.

“We sailed into the transition and we’ve been doing a lot of sail changes all night,” said Louis Sinclair. “We’ve been stuck in no wind at times and a lot of the other boats have come past us with pressure, so I’m pretty sure we’re at the back of the fleet right now.

“We’re working hard to get back forward… There are so many transitions to come and it’s so far to go to Auckland… The trick is not to get too happy when you’re in front or too sad when you’re behind, just keep on sailing.”

And just in case any of you think this is going to be short-lived, Scallywag navigator Libby Greenhalgh tells us to expect several days of unsettled weather before the fleet settles in for the final push to New Zealand.

“The next week is going to be tough, interspersed with some nice westerly breeze but ultimately there is an element of luck needed,” Greenhalgh wrote in a blog. “We are hunting hard to get through these light winds and into the westerly first.

“As always there is an element of not really having control over where you can go and once we rattled south into the light winds we just have to make the most of it.”

That will be the mantra fleet-wide this weekend – whatever you get, make the most of it.