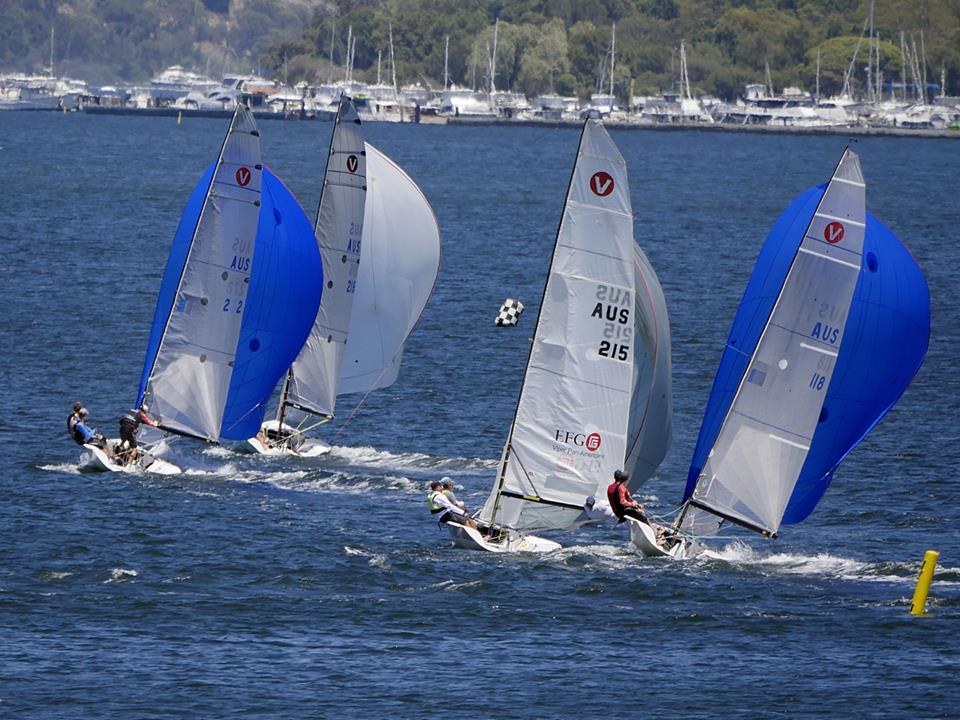 Australia is infamous for its dangerous animals. It has sharks, crocodiles, spiders, and more deadly snakes than any other country worldwide.

As if this isn’t enough, next week there will be more Vipers sliding into Perth from around the world for the Viper 640 World Championship.

The event will be sailed on the Swan River, hosted by South of Perth Yacht Club.

The Worlds start on Monday 19th February, with 3 to 4 races scheduled each day.

This is the second World Championship for the Class and the first major championship outside of North America.

A fleet of 26 boats from Australia, Canada, England, South Africa and the USA will contest the series.

Australia has the largest contingent with sailors, coming from as far as Queensland and New South Wales. Western Australia will field a strong team, with boats from Perth and Albany.

The local WA contingent will be led by recent WA State champion, Graeme Monkhouse and will be strengthened by the inclusion of former Flying Fifteen World Champion, Nic Jerwood. Nic will make a formidable team with his son, match racer, Matt Jerwood, and Brian De Vries. Talented sailor and Olympic coach, Dennis Jones has chartered a boat and can be relied upon to add class to the fleet.

Internationally, the fleet is strongest in North America, and USA Class Governor Justin Scott and Canadian Champion, Steve Chapman will make the long journey to Australia, and expect to finish in the placings.

Alex Schon will be the first South African to join the Viper ranks at a world championship and Lawrence Crispen, EFG Winter Cup and Bacardi Miami Sailing Week regatta winner, will represent England.

A highlight of the social calendar will be the cocktail party held at the Fremantle Maritime Museum. Sailors and guests will watch the sun set over Fremantle Harbour, sipping cocktails under the bow of famous 12m yacht, Australia II, which is suspended, fully rigged, in the iconic museum.

The Closing ceremony and Awards at SoPYC will be held on Friday 23rd February, where the Viper640 World Championship Perpetual Trophy will be awarded to the overall winner.

Visitors are welcome to inspect the boats at SoPYC and view the racing from several vantage points overlooking the course.