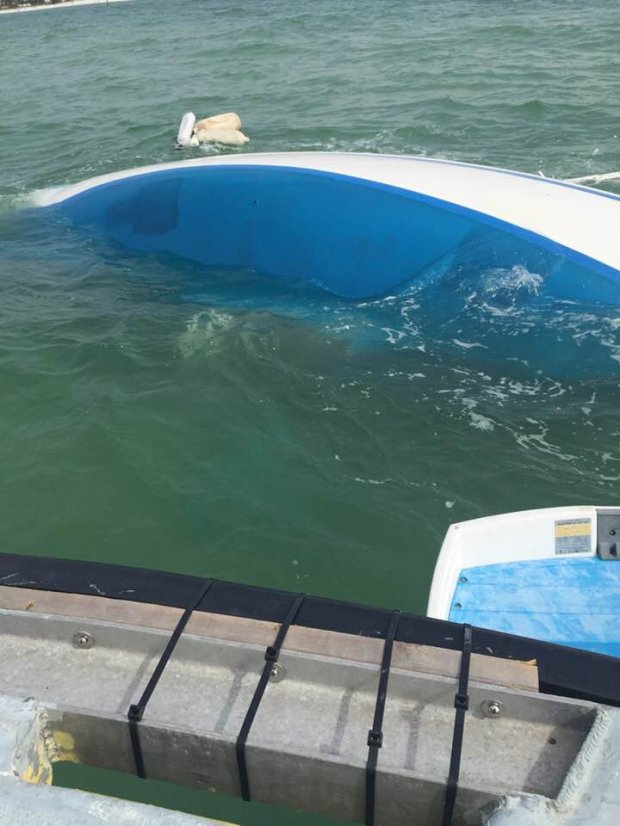 Tanner Broadwell and Nikki Walsh set off on the Monday on the once-in-a-lifetime adventure.

A couple who sold all of their worldly possessions to sail around the world have lost everything after their boat sank two days in.

Tanner Broadwell and Nikki Walsh set off on the Monday on the once-in-a-lifetime adventure.

However emergency services were called on Wednesday following reports of a capsized boat in the Gulf of Mexico near Madeira Beach.

The 28-foot boat hit something and had sank. The couple and their pet pug, Remy, escaped without injury, however everything on board ‘floated away’.

Speaking after the incident, they said they planned to escape modern life on the sailboat after leaving Breckenridge, Colorado, last year.

Now Broadwell says they have no jobs, no savings and no place to go.

Speaking to the Tampa Bay Times, Mr Broadwell said: ‘I sold everything I had to do this and I lost everything in a matter of 20 minutes.

‘I’m not going to give up now, I’m going to get another boat down the road.

‘We can’t just give up on our dreams’.