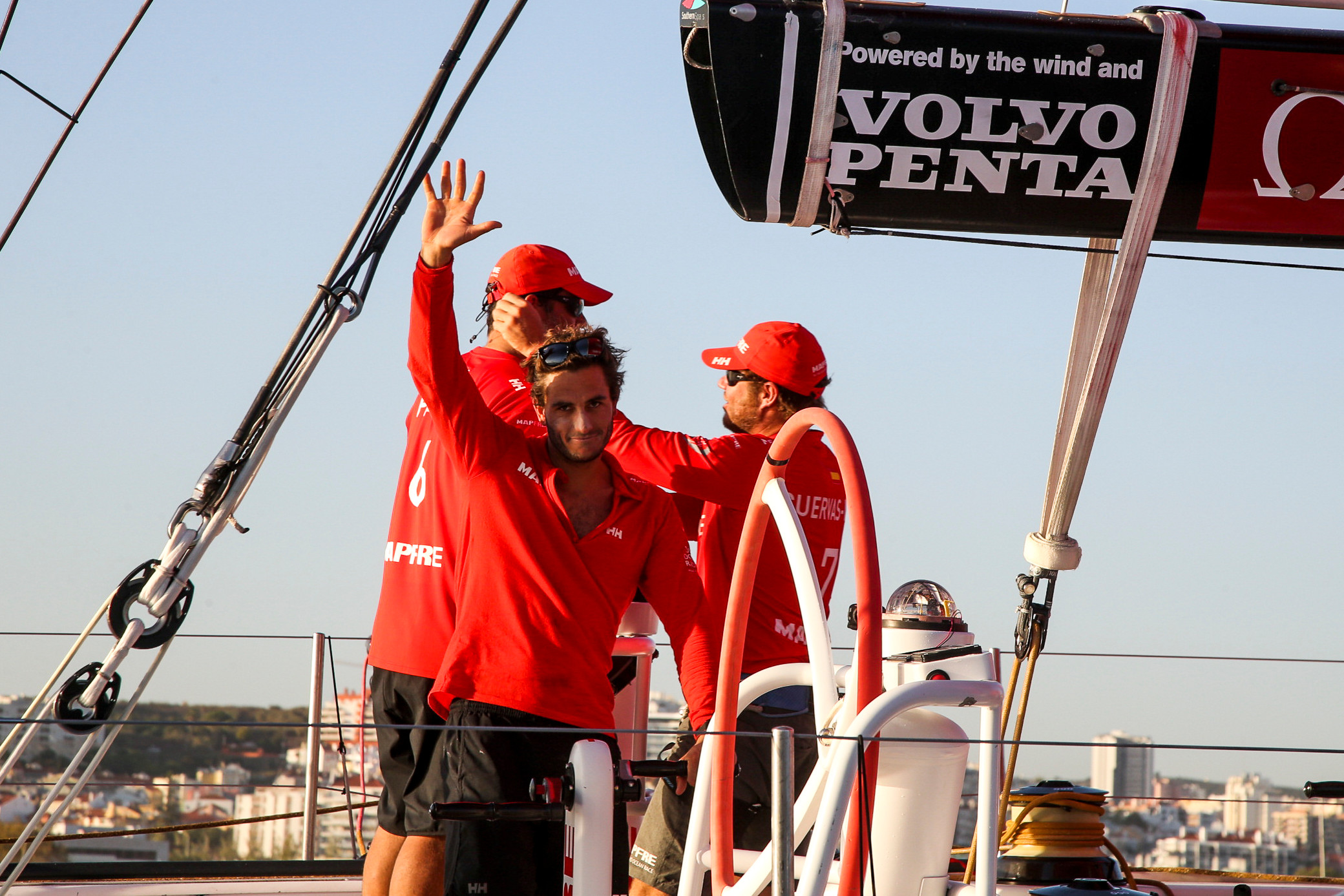 Vestas 11th Hour Racing has won Leg 1 of the Volvo Ocean Race, crossing the finish line in the River Tagus in Lisbon, Portugal, to complete the 1,870 nautical mile leg in light winds on Saturday afternoon.

The win was a tremendous victory for American skipper Charlie Enright and his team, who earned 8 points for their efforts (including a one point 'bonus' for winning the leg).

It wasn't easy. The wind shut down on the final approach, and an early morning lead of 34-nautical miles over second-placed MAPFRE was soon whittled down to 10-miles. The finish line was in sight, but the current in the river was pushing the boat back out to sea in some of the lulls, so much so that the team considered anchoring.

But the crew on the Vestas boat held their nerve, tacking first up and then down, zigzagging towards the line, into agonisingly light headwinds, and finally securing victory with MAPFRE in turn just starting to slow down, still some 9-miles back.

“We have a long way to go certainly, but this was a good way to start,” said skipper Charlie Enright. “SiFi (navigator Simon Fisher) did a great job. He didn’t really make any missteps… But every (results) sked is nerve-wracking, especially when you’re stuck in a river going backwards!

“But we pride ourselves on not getting too high or too low and I think we executed that on this leg… It’s about having confidence in ourselves and committing to the process and now we’re starting to see the results of that.”

The winners weren’t the only team to have an excruciating finish experience. When MAPFRE was within 1.5 miles of the line, they too ran out of wind and had to watch Dongfeng Race Team rush into the river behind them. With only a small lead as a buffer, the tension for Spanish fans was rising fast.

But as Vestas did before them, the MAPFRE crew found a little zephyr of wind to finish 15-minutes ahead of the Chinese team.

“Very pleased with the result. It’s a solid start, exactly what we wanted. We’re very happy,” said Xabi Fernández, the skipper of MAPFRE immediately after finishing. “We have to say Vestas did very well early on and we didn’t see them again… But then we had a strong 12 hours after Gibraltar and we stepped it up there.”

The experience and desire of the MAPFRE crew was on full display in the 3 0plus knot winds they had pushing out of the Mediterranean on the second night. Fernández and his team put in more manoeuvres than the rest of fleet to stay in a narrow band of strong winds and emerged from the experience in the second place slot they would never relinquish.

Dongfeng Racing Team skipper Charles Caudrelier made an excellent recovery on Leg 1, needing to scratch and claw for every inch, after falling to the back of the fleet on the approach to Gibraltar. And fight they did, slowly reeling in the fleet and finally recovering to pass team AkzoNobel with only 220 miles to go, to complete the podium.

“It was very difficult and complicated,” Caudrelier said. “The weather was often different from the forecast so that was interesting.”

The rest of the fleet is due to finish later on Saturday evening.