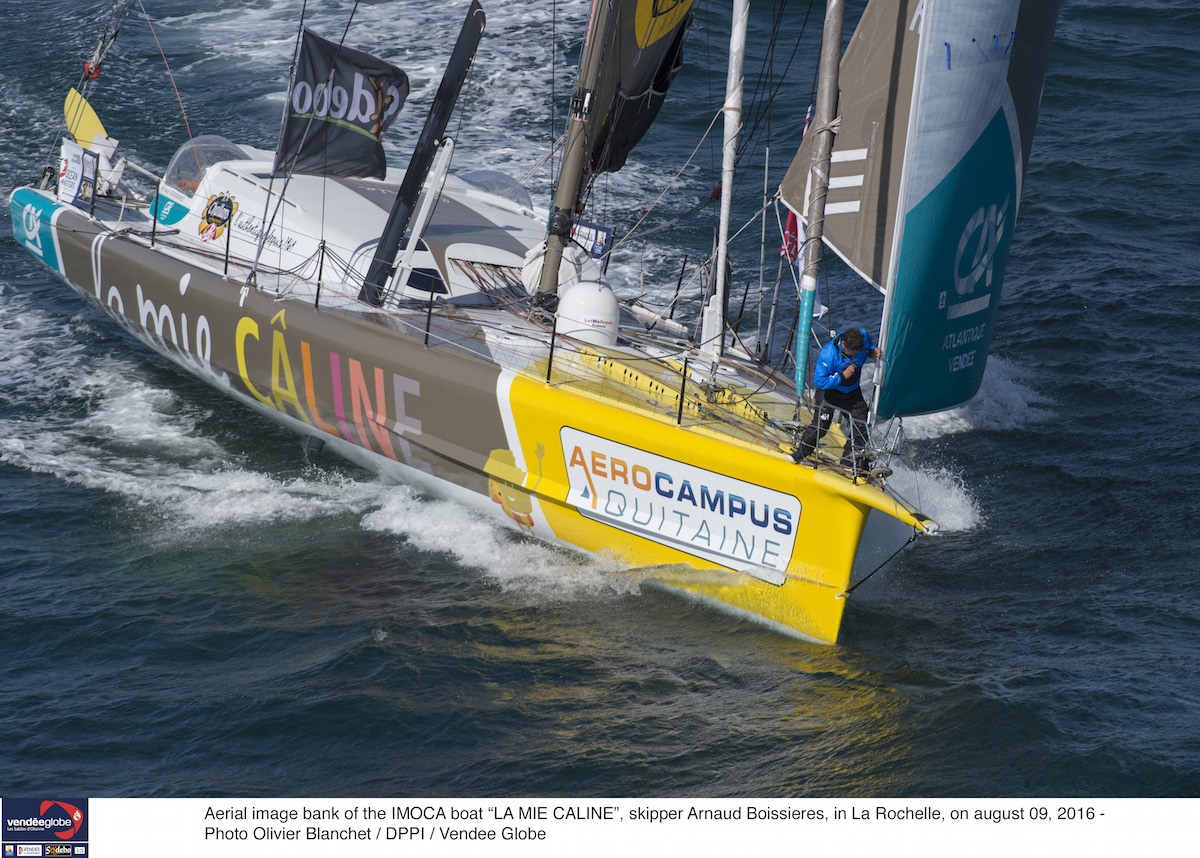 Conrad Colman has been making modest but positive progress since he managed to set sail under his jury rig very early this Wednesday morning. The Vendée Globe skipper whose Foresight Natural Energy was dismasted just around 2200hrs last Friday night reported that he had set part of his mainsail and was planning also to fashion a foresail as well. He had made around 40 miles in a north westerly direction since early this morning but his biggest problem is lack of wind.

It is believed he is heading west and north to try and hook into some stronger downwind and reaching conditions which would hopefully allow the Kiwi skipper to quicker speeds towards Les Sables d'Olonne, 725 miles to his north east. Colman now has a working computer and has been able to send some test e-mails. Sailing at angles closer than 90° to the wind is not really ideal. The sail plan is not suitable and it might put too much strain on the rig when the wind strengthens. In the lighter winds, the tacking angles would be massive. Under such a jury rig, the ideal is moderate winds at an angle of greater than 90 degrees. Colman is likely to avoid the southern part of the Bay of Biscay where the wind will be light and blowing from the East from Saturday. It looks more likely that he would sail northward to position himself north of the Azores high and the associated ridge. He could then sail in westerly winds which will strengthen over the next few days and will push him towards the finish line in Les Sables d'Olonne by the end of next week.

Arnaud Boissières had less than 190 miles to make to the finish line off his home port of Les Sables d'Olonne. While he was still making a solid eight to 10 knots late this afternoon, he looks set to endure a slow final day in a wide high pressure ridge. Ironically that system is responsible for beautiful spring like sunshine around Les Sables d'Olonne where the flags are scarcely lifting in the light breezes. Boissières will be impatiently counting down the hours until he can be re-united with his infant son, Leo, who was only one month old when the race started. Boissières on La Mie Câline is expected to finish Friday morning entering the channel around 1000hrs.

In 11th place now Fabrice Amedeo is 300 miles behind Boissières and is due to finsih Saturday evening while 12th place Alan Roura will sail a more northerly course but should have wind through the weekend which now means the race's youngest skipper can finish later on Sunday.

Increasingly then it is looking like three boats in three days. Rich Wilson, slanting NE to pass south of the Azores, is now expected Tuesday. Didac Costa has increased his distance on Romain Attanasio through the day also. The Spanish skipper is making 12-13kts downwind, easy miles, while Attanasio is unlucky to have been caught up in light airs behind.

Approaching the latitude of the Cape Verdes, Pieter Heerema (No Way Back) is in 15-20 knot NE'ly trade winds as are quite common in this zone. He has been the fastest over the past 24 hours clocking up 259 miles. Sébastien Destremau (TechnoFirst-faceOcean) is thirty or forty miles from the coast of Brazil. Still 3700 miles from Les Sables, the finish is still a long way off, particularly seeing he intends to carry out a pit stop in Fernando do Noronha tomorrow afternoon.