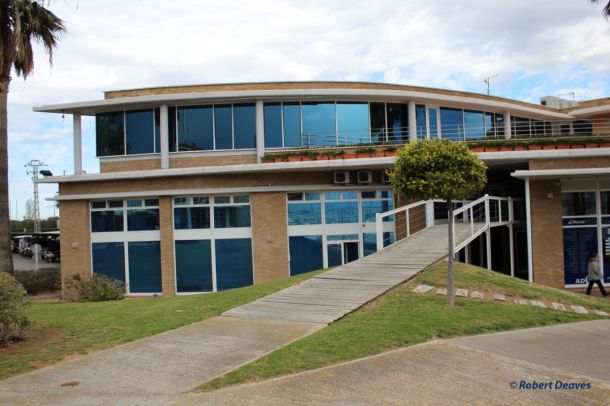 Part One: The Beginning and Skill Development

The Dinghy Academy in Valencia is going from strength to strength. Established two years ago by 2000 Olympic Finn silver medalist Luca Devoti as a way to develop the skills of aspiring Olympians in a group training environment, it has come of age and is ready to take the next step forward. More and more sailors are benefitting from his unique experience and coaching style, and the first class facilities offered at the Academy, which is located in the extensive grounds of the Real Club Náutico de Valencia.

In 2013 the Finn class partnered with the Dinghy Academy to part fund up to four sailors each year to train at the Academy, help out with equipment charter and purchase as well as travel to major events. That initiative is continuing with three sailors already signed up for 2015 season. Each sailor has to agree to specific goals and a training/regatta schedule and they can benefit from charter boats, sailing and fitness coaching as well as working in a very focussed sporting atmosphere of continual learning and improvement.

A visit in mid-March coincided with the Open Internacional Vela Olimpica, organised by the Real Club Nautico. Twenty-two Finn sailors of all abilities were taking part in the regatta, many as part of their final preparations before heading over to Palma for the Princesa Sofia Regatta. With six race winners from the six races sailed, it was clear that this is a wide open fleet with a wide range of sailors. There is always someone to learn from

The Real Club Nautico has the perfect location for a training base, with extensive facilities including a gym, restaurant and an Olympic sized swimming pool. The weather and wind is about as pleasant and reliable as anywhere in Europe with wind all but guaranteed on 98 out of every 100 days. The Academy has attracted all types of Finn sailors from juniors setting out on the journey to Masters warming up before a major championship.

One of the race winners last week was Alejandro Foglia (URU). He has already been to the Olympics three times in the Laser, with a best result of eighth in London 2012, before stepping into the Finn in 2013. However his Finn campaign didn’t start too well with a back problem in his first regatta. “I got injured in Palma and had to stop for almost a year. I had a slipped disk in my lower back so it was hard because I was used to training hard. I am an active person, so one year out was hard, but on the positive side I had more time to finish my physical education studies. Now it is back to 100 per cent OK, but of course I need to care of it.”

Foglia was one of the first sailors to receive funding from the Finn Class through its FIDeS programme (Finn International Development Support). “I am very happy to be here. I moved here to train and now live here all year round. We have a very good group here. It is the best option for me if I want to train in a good group.”

He described a typical training period in which recovery is as much a part of the programme as on the water work and physical training. “We have a routine of three weeks training and one week off, which is basically recovery training. During the three weeks the loads are gradually increased. We train on Monday, Tuesday and Wednesday and then recover on Thursday. Then on Friday and Saturday we train harder and then have Sunday off to recover. We do that with increasing loads over the three weeks and then take a week off. If there is a regatta coming then we take a week off before the regatta.”

“We did endurance training from October to January. Now we are just maintaining that and increasing intensity with weights in the gym and sailing of course. The amount we do of each activity depends on the wind. If we look at the forecast and have a hard week coming then the most important thing is to sail, so we train in the gym but not as hard as if the wind is are light, because you want to be fresh when you go sailing to do the best you can.”

Like many sailors his main focus this year is on the world championship in Takapuna in November, the second Olympic Qualifier for nation places in Rio. “New Zealand is the final goal for us as a lot of guys here still need to qualify for Rio. We are working hard to get there but step by step. First we go to Palma, maybe Hyeres if we qualify and then the Europeans. I have some funding but I still need more. I am now involved in some crowd funding to buy a new mast, and many people are supporting me. If a lot of people give a little I can get a new mast. I also have an Olympic Solidarity Scholarship from the IOC. It’s helped me a lot it doesn’t cover everything.”

One of the past Olympians choosing to train in Valencia over the winter is Giorgio Poggi (ITA). He said, “It’s a nice group for training. All the guys training here have different skills so every day you have different guys going well, so every day you have to push because someone will always be sailing well. The conditions are beautiful, with great weather and of course with Luca he knows how to train and gives good advice and how to trim and find perfect speed.” 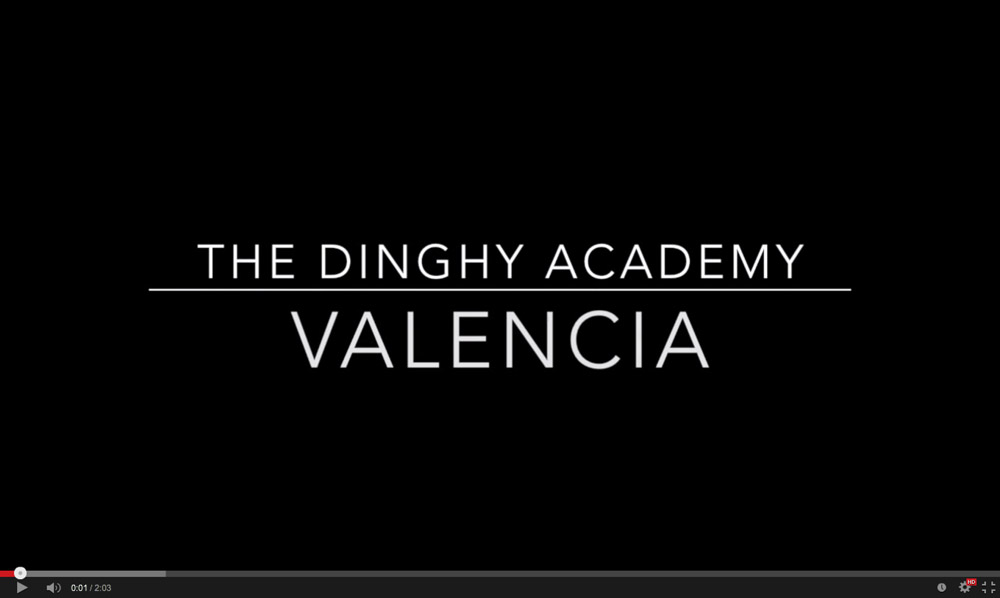 The ‘head sailor’ in Valencia is the 2013 European Champion, and double Olympic Laser medalist, Vasilij Zbogar (SLO). “For me Valencia is a great training place where I can focus just on the sailing.”

“For a guy like me that is from a small country with just few Finn sailors, the academy it is a great place to train with other sailors. Valencia is a nice town, and the Real Club Nautico and all the facilities, good weather and wind all year around will ensure a long and successful future for the Dinghy Academy.”

Head Coach Luca Devoti said, “Sailors who come here just get better day by day. The tough training and competition makes them grow at all levels from masters to top champions. The camaraderie between the sailors and the fact that we share all the information makes us grow day by day.”

“Since we started we have had more than 50 sailors coming here over the first three years of life. All kinds of sailors learn, they learn from the champions here and they share their passion. For this, Valencia is magic…I hope the Dinghy Academy will become the reference for dinghy sailing in a modern doping free, friendly and competent environment.”

In Part two we will talk to some of the newer sailors joining the Dinghy Academy and find out what they are getting out of it, as well as looking at what the future holds.