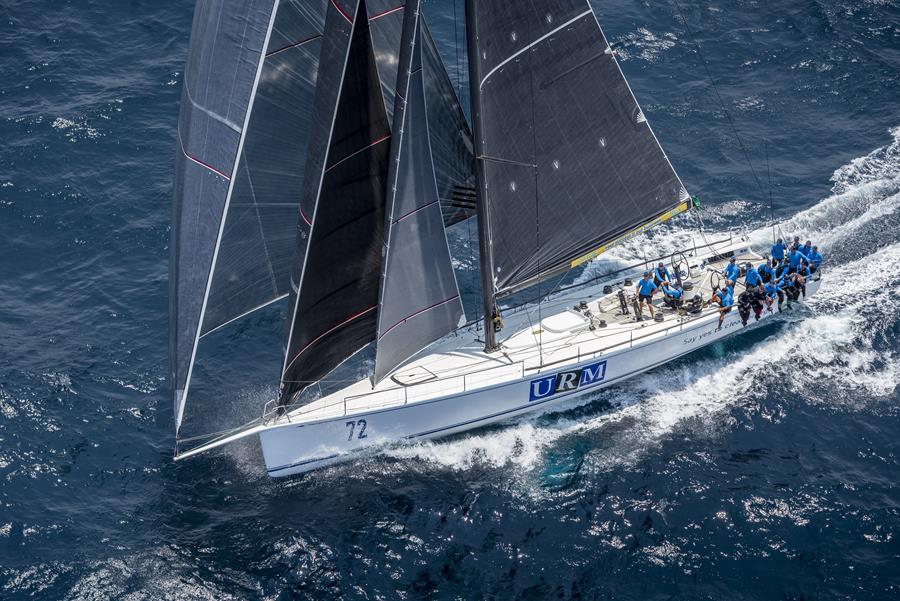 The 72-foot URM was barely spoken of when it came to who could figure in the race for line and overall honours in the Rolex Sydney Hobart Yacht Race before it began on Thursday afternoon.

But as the Cruising Yacht Club of Australia’s 628-nautical-mile race headed towards its second night on Friday, the Anthony Johnston owned Reichel/Pugh 72 and crew were the topic of conversation.

By 3.30pm Thursday, URM had shown itself to be a potential dark horse, sailing in company with the defending line honours champion, Wild Oats XI, in the 75th running of the Sydney Hobart. She was not far behind Comanche, SHK Scallywag 100, InfoTrack and Black Jack.

URM is the former Shockwave, a maxi that reaped many trophies overseas for Neville Crichton. She was only brought back to Australia in October by Johnston, who had little time to prepare the yacht ahead of the big race.

URM’s strong showing as she ventured into the crossing of Bass Strait has been remarkable, considering her short preparation in Australia, and likewise for the limited hours her crew have been able to spend sailing on her in preparation for this year’s 75th edition.

Crew member, Troy Tindill, had nothing but praise for his fellow crew members, and the boat’s ability to make best of it through the transitions of last night following yesterday’s start.

Overnight and early this morning, URM was in the company of a number of boats, but soon after, her one and only company was Wild Oats XI whose slow start to the race was as surprising.

“Last night we had a lot of boats around us,” said Tindill by satellite phone at 1530 as URM was sailing “comfortably” in a 13-knot east/north-easterly breeze with a masthead Code Zero up.

“We had a really good transition period last night. Our boys sailed really well through the transition, through a lot of little changes.

“We managed to sneak our way out this morning in a little bit of position and we got some miles on the other guys.

“We haven't had any time on the water really. We came together at the 11th hour.

“I sailed on it for only two hours before the start, so we are all pretty late into it, but we are learning as we go. We’re letting the boat do its job.”

Tindill said the crew was bracing itself for a challenging night of sailing on Friday, with a strong nor-easterly forecast to hit the fleet from around 1600 hours this afternoon.

“The forecast is for the wind to bend around a little bit further to left. We’ll get a bit of free running conditions again in the next couple of hours and maybe build up to 25 or 30 knots,” Tindill said.

“We’re just getting the boys fully rested now, and making sure that we're ready to go and push hard through the night. It is a really good all-round boat,” he ended.