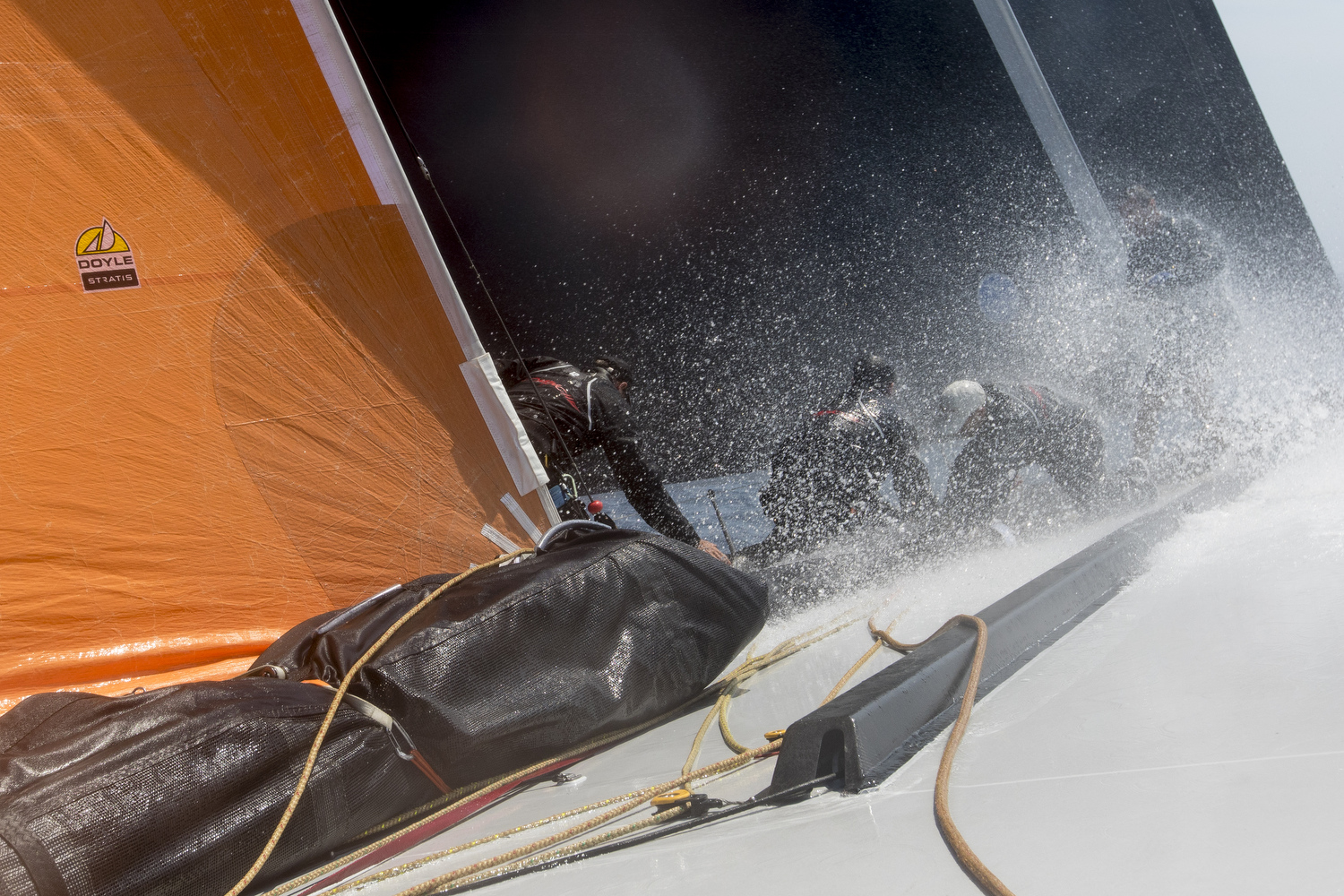 Comanche is on track to take line honours in the Rolex Sydney Hobart. At 5am on Saturday 28th, she had rounded Cape Raoul doing 17 knots, but was expected to slow considerably as she enters the river. At the finish line, 30nm north in Hobart, flags are hanging limp and there is just a whisper of breeze on the water.

The big red boat has a healthy buffer of more than 10nm over her closest rival InfoTrack and barring a complete shut-down of the wind, should finish some time between 8am and 9am.

The five supermaxis have been bunched together for most of the race, but Comanche managed to slip away in the moderate north-easterlies which blew all night.

The battle for handicap honours, the “real” Sydney Hobart race, is still likely to change considerably between now and when the first of the contenders reaches the finish.

Currently the leader on IRC is the French boat Daguet, which is in Division 2. She is followed by the TP52s which have been at or near the top of the leaderboard most of the race. Ichi Ban, Quest and Gweilo are all competing in Division 1.

To win the Tattersall Cup, obviously you need to win your division. The first of the Division 3 boats is LCE Showtime in ninth place overall. A local Tasmanian boat, 2 Unlimited, leads WA entrant Enterprise in Division 4. They are fifth and eighth respectively.

The Victorian boat Patriot leads Division 5, in 16th place, but we have to go all the way down to 27th to find Midnight Rambler is leading Division 6. The restored Katwinchar is in 22nd overall and leads Division 7. She is also well in front in the new Grand Veterans Division. It is unlikely that the overall winner will come from these divisions.

The current wind forecast for Hobart will be giving navigators nightmares. If correct, there will be virtually no wind in the Derwent until 2pm today, when moderate southerlies will blow until the river shuts down again at about 9.30pm. It is scheduled to stay light all Sunday, meaning those boats that can get across the line today will be in the box seat.

It will be a fascinating day of tracker watching. You can check it out at https://rolexsydneyhobart.com/tracker/.

UPDATE: Comanche crossed the line at 7.31am to take line honours.

Go to http://www.mysailing.com.au/offshore/comanche-takes-line-honours-in-75th-sydney-hobart for the full story.