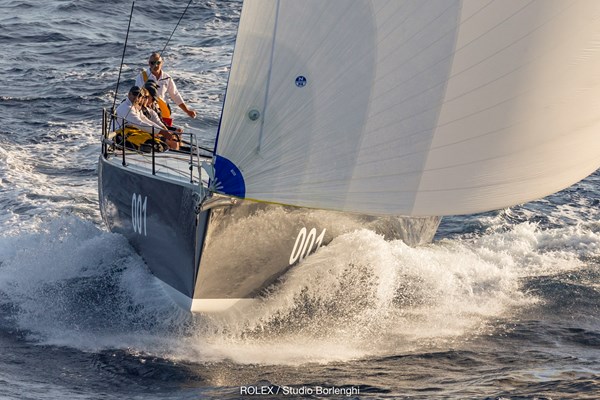 When Matt Allen’s TP52 Ichi Ban finished the Rolex Sydney Hobart at 7.18 last night, it immediately became the favourite to win the Tattersall Cup, the prized trophy for overall honours.

By this morning, that favouritism was almost absolute.

Allen and his experienced crew won the trophy in 2017 and finished fifth last year. They have been consistent performers in all offshore races from Sydney in recent years and were a strong favourite for this race prior to the Boxing Day start.

Of the top 15 boats in the current handicap standings, only two are yet to finish and neither can possibly beat Ichi Ban’s corrected time.

Although moderate north-easterlies are forecast for Tasmania’s east coast from 11am today, they are predicted to go light again this evening, probably stranding any last hopes of an upset.

The first three in IRC2, Chinese Whisper, No Limit and Maverick 49 have all finished and those results also look set to stand.

Finally, in IRC3, we get to divisions which are still to be decided as no boats have yet finished. At 5.20am this morning, Pretty Woman was in the lead ahead of two “long names”, Snowdome Occasional Coarse Language Too and Bounty Brassware Our Rush. They all have over 50nm still to sail.

IRC4 sees WA boat Enterprise in the lead, ahead of 2 Unlimited and Soozal. The top three in IRC5 are Patriot, Sail Exchange and Black Sheep, all with more than 70nm to go.

The Grand Veterans class is also of interest to lovers of beautiful old boats. Three former winners of the Tattersall Cup, Love & War, Kialoa II and Fidelis make up the top three. All have around 100nm left to sail, leaving this division as the major point of interest once Ichi Ban is officially declared the winner of the 75th race.