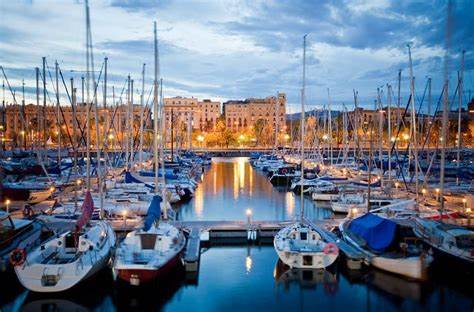 A lifeless body was found under a boat in Port Vell in Barcelona.

THE Guardia Civil have confirmed that they have located the body of a missing 36-year-old man after his brother launched a frantic campaign to find his sibling.

The man, of Australian nationality, was found under a yacht that he was travelling on with his brother which docked in Port Vell in Barcelona, Spain in the early hours of Saturday morning (December 28).

As reported by officers working on the case, the siblings had just arrived at the port when one of the brothers left the vessel a short time later to run an errand. After several hours passed and the man failed to answer his mobile phone, the remaining brother grew extremely worried, filing a missing person’s report at the police station.

An investigation was then launched by specialist team, with members of a search and rescue unit dedicated to maritime activities being deployed in the area. Sadly, they found a lifeless body under the boat on Saturday morning, where it was taken out of the water a short time later. The body of the deceased man has now been transferred to a forensics team who will carry out an autopsy to determine how the man died.

As Euro Weekly News understands, sources close to the investigation believe that the man may have slipped and fell (sic) into the water where he then drowned. The brother is now being supported by bereavement councillors as is in a state of deep shock after the tragic incident.