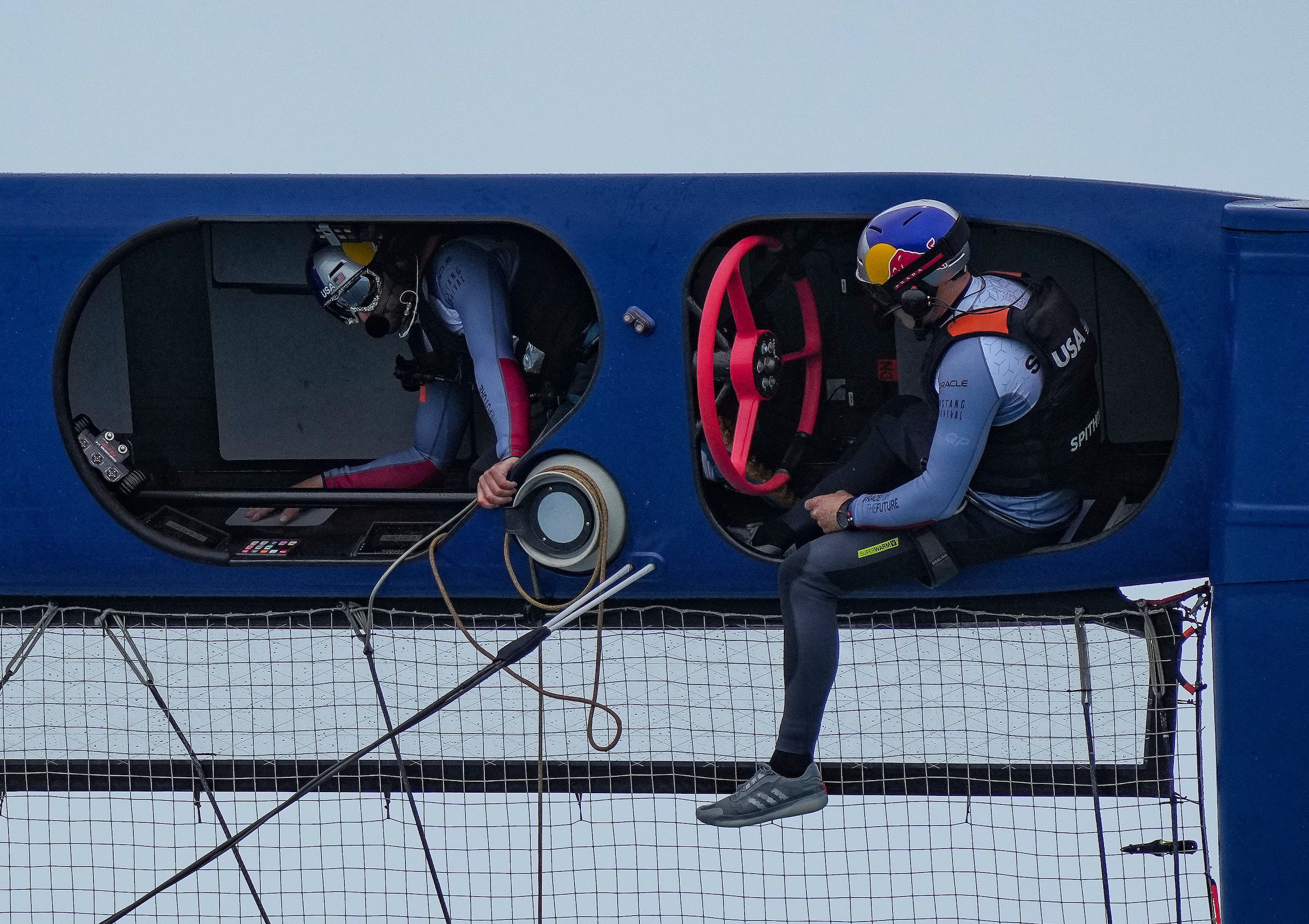 Minutes into the fourth race of the Bermuda Sail Grand Prix presented by Hamilton Princess, the United States SailGP Team led by Jimmy Spithill was in third place, in a position to challenge for the podium overall and earn a place in the finals.

Within seconds, the team’s fate changed dramatically as the Japan SailGP Team, led by Nathan Outteridge, collided into the side of the American F50 at a closing speed of approximately 100 kmh, destroying the steering system which resulted in a catastrophic capsize that ended the team’s event.

In any sport, you have rules. Some rules are designed to ensure an equal playing field, others to keep athletes safe. If these rules are broken, there are consequences intended to provide future incentive to compete fairly and safely.

Keep that in mind.

Back to Bermuda, after arriving on the dock immediately after racing, Outteridge came to Spithill to apologize and, after reviewing the final standings, both were shocked to learn that the U.S. SailGP Team (as well as Japan) had been assigned the maximum penalty for the collision which, in turn, resulted in the team dropping to last place overall.

“We reviewed the footage for days,” said Spithill.

“When you watch the replay and listen to the comms, you can’t argue that Japan didn’t know a collision was possible almost a minute ahead of time. Watching the USA onboard cameras, we got flung like ragdolls. We simply didn’t know or expect them to tack and turn so slowly. On these boats, at these speeds, there is no reaction time.”

Fast forward to two weeks after the end of the Bermuda event, Spithill and Outteridge together had a hearing with the SailGP Umpire Team to argue that the maximum penalty assigned to the USA was not only unfair, but also potentially set a precarious precedent that could be exploited.

“Having concluded that both boats broke Rule 14 [all boats are responsible for avoiding collisions] we looked again at what further actions the jury may take through the contact and damage policy which was designed to help reach a prompt conclusion in a pressure situation during the broadcast window. Currently this process gives us no discretion as to the penalty no matter what the relative culpability of each boat is, which in this case we do feel is harsh on the USA but we don’t feel that with the current rules and policies we can or should change those rules and policies after the fact.”

In summary: equal responsibility. Both teams are prosecuted with maximum penalty with no chance for redress.

“Ultimately, we race at the discretion of the umpires and the rules by which we compete,” continued Spithill.

“At the end of the day, it’s obviously disappointing, but our best response will be a good result next week in Italy. If there is anything good to come from this, it’s that an opportunity now exists to improve the rules going forward on the circuit in conjunction with the officials and umpires.”

Fans won’t need to wait much longer to find out what happens next. Both the USA and Japan F50s have arrived in Taranto, Italy and are undergoing extensive repair in a bid to get them race ready for the Italy Sail Grand Prix taking place June 5-6, 2021.

Will both F50s be ready to race? Will the repairs hold during racing? One thing is for certain: for a USA team that got kicked while it was already down, following a controversial collision denying a potential podium in Bermuda, the Americans are ready for a fight.