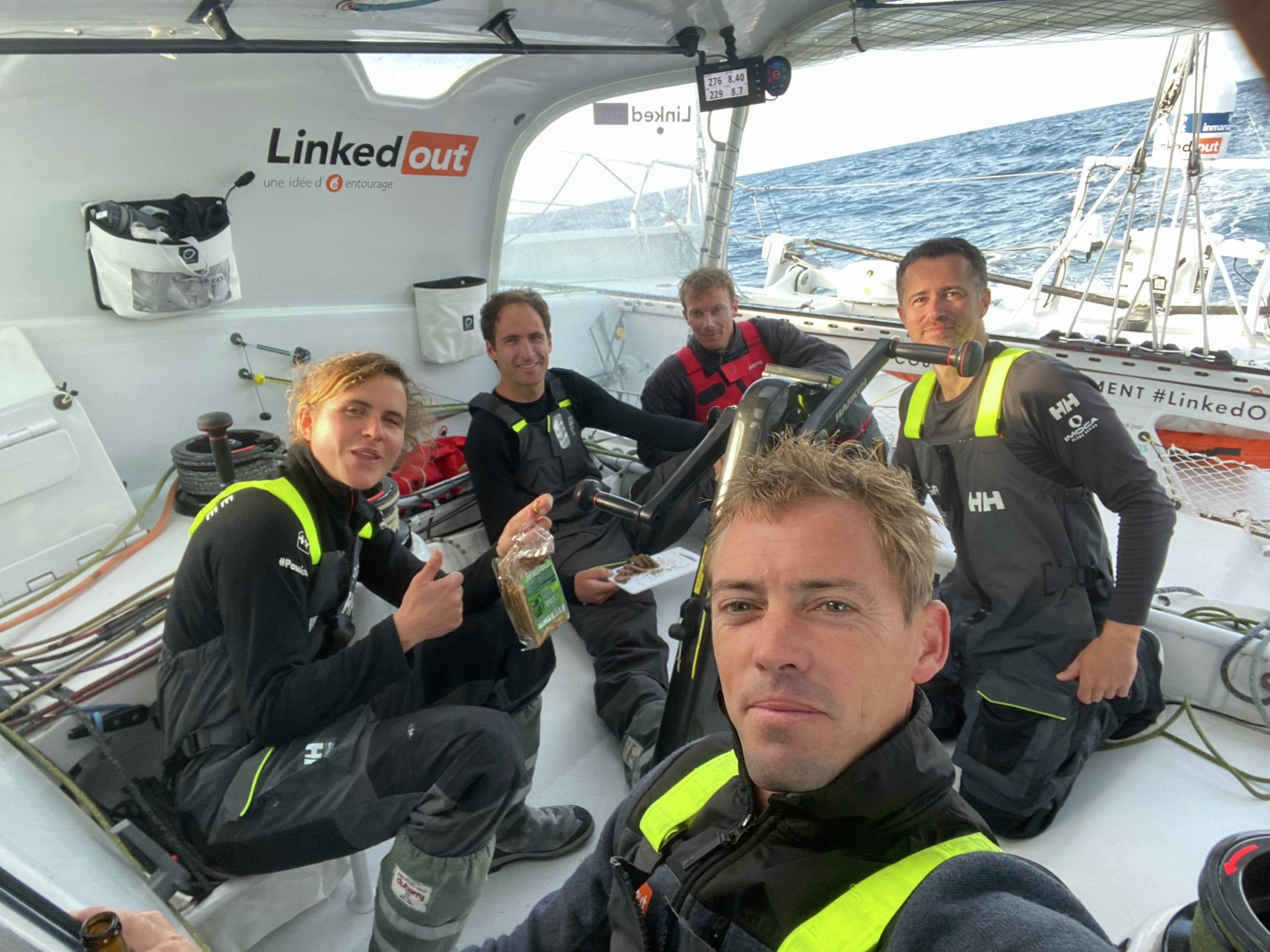 The 12 international teams competing in the opening leg of The Ocean Race Europe have made steady progress across the Bay of Biscay in their first 24 hours since leaving Lorient, France yesterday afternoon, bound for Cascais in Portugal.

Although conditions have been comparatively benign so far, the crews nevertheless had a busy first night at sea as changeable winds called for a series of gybes to keep them sailing at optimum VMG to the first turning mark – a virtual waypoint out in the Atlantic Ocean.

As expected, the racing has been tight in both the one-design VO65 class and the development rule IMOCA 60 class. The crews in both fleets have been manoeuvring in packs with no one willing at this early stage to try a breakaway move.

In the VO65s the Portuguese favourites, Mirpuri Foundation Racing Team, have maintained their position at the front after leading the seven-boat fleet out of Lorient yesterday. Behind them however the chasing pack is hot on their heels with just seven nautical miles (nm) separating the whole fleet.

“We’ve got all the other boats on AIS (automatic identification system), the tracking system, and we are logging all the numbers of the other boats so we can monitor their performance and try to get the best out of our boat,” explained skipper Yoann Richomme on night one.

“Nico (navigator Nico Lunven) is checking the weather routing with the predicted weather from five or six weather files but none of them agree!! So we have to try and understand what is going on and make some tactical decisions based on the weather and what the others close to us are doing.”

Meanwhile, the IMOCA 60 crews have also been keeping it close over the first 24 hours of Leg 1 with all five crews matching each other’s manoeuvres as they raced downwind in the direction of Cape Finisterre at the northwest corner of Spain.

On Sunday afternoon the five IMOCAs were separated laterally by 14 nm, with the USA entry 11th Hour Racing Team holding the top spot by virtue of its positioning furthest west and closer to the virtual turning mark.

“So far so good,” said skipper Charlie Enright on the first night at sea. “It’s been pretty tricky… I feel like we’ve positioned ourselves in a way that, nine times out of ten, it’s pretty good. But the important thing is, the boat is going well.”

“The new Bureau Vallée seems faster than the old Bureau Vallée,” said navigator Davy Beaudart “All is good with the crew and the weather and we are trying to learn how to go faster and faster. We are expecting fair winds from Cape Finisterre and a fast run to the turning mark and on to Cascais too.”

Wind strength and boat speeds are forecast to increase steadily over the next 24 hours as the teams close on the Spanish coastline and set themselves up for some fast reaching out into the Atlantic on their way to the virtual turning mark, with an expected arrival in Cascais, Portugal on Wednesday.