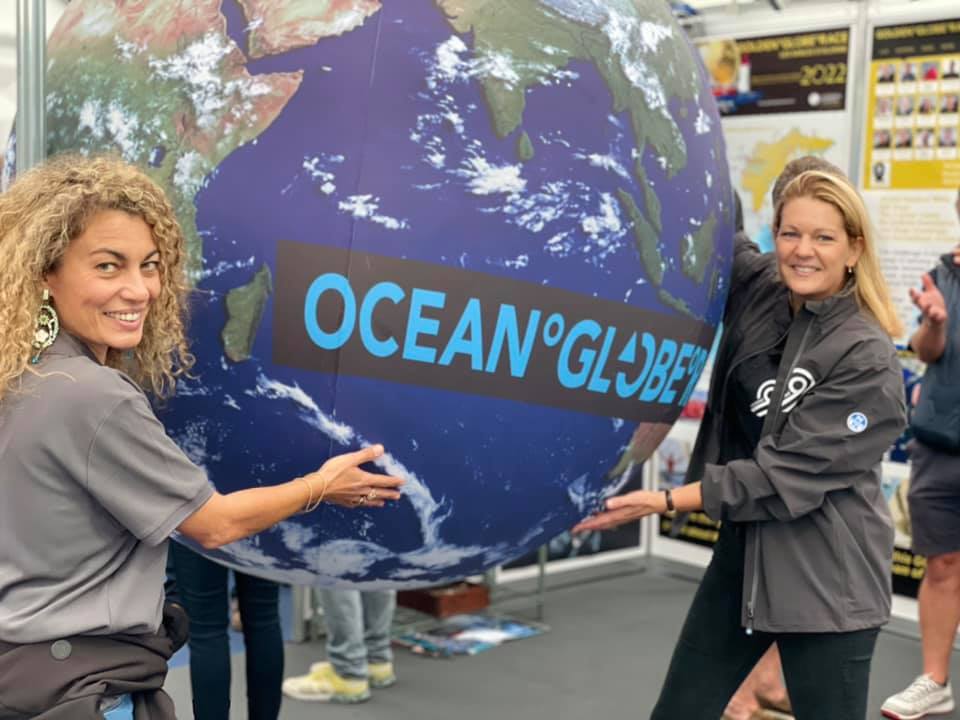 “We invite all those who dream of sailing to consider joining us. Anyone can apply for the opportunity to join our training sessions and potentially take part in the OGR223 as part of the Translated team,” said Isabelle Andrieu, Co-founder & Chairwoman at Translated. Pic - Aïda Valceanu

Sir Chay Blyth, who skippered the British maxi yacht Great Britain II to elapsed time victory in that pioneering event, has agreed to become the OGR Patron and will fire the starting canon on the September 10 2023 for a fleet that currently stands at 22 yachts representing 14 countries.

Where will the race start?

Australia’s Don McIntyre, the OGR Race founder and Chairman said, “It would be exciting to celebrate the 50th Anniversary of the Whitbread Race with a start and finish in the UK but there is strong competition from Europe to host what will be one of the major sailing events in the world in 2023/4, with other ports in South Africa, Australia and South America also bidding to share the international spotlight.”

An announcement finalising the course is expected early next year.

Sir Chay Blyth, who competed in the 1973/4 and 1981/2 races, welcomes the return to Corinthian racing around the world. Blyth said, “After the first Whitbread, these races gradually became more professional ending up with some very expensive and sophisticated yachts requiring disproportionate levels of sponsorship. That came to exclude amateur participation, something I’ve always railed against.

“Now, the Ocean Globe Race provides a return to that golden era of Corinthian sailing, encouraging entrants with standard production as well as historic Whitbread yachts to provide amateurs with the opportunity once more to take on one of the world’s great challenges. I know of hundreds who, given the opportunity, would jump at the chance of making a circumnavigation via Cape Horn. For many it will be a once-in-a-lifetime shot.  The trick now is to grasp it with both hands!”

Tapio Lehtinen, the Finnish skipper of the OGR Swan 55 Galiana, who competed aboard the Baltic 55 Skopbank of Finland in the 1981/2 Whitbread Race said today: “This is a dream come true for me. That experience of rounding Cape Horn and completing the race shaped my life.  Now 4 decades on, the OGR gives me the chance to offer young Finnish sailors the same life-defining experiences that I had.”

Frenchman Dominique Dubois, another of the OGR skippers added: “The Race is a dream turned reality for me too. I was 14 when the first Whitbread race set out from Portsmouth back in 1973 and I promised myself then that one day I would race around the world. Now, I’m 61 and I have this extraordinary opportunity to compete as a Corinthian. I am joined by a group of like-minded friends, together with my daughter who will sail the third leg round Cape Horn, and my son who will join us for the 4th leg home.”

The International Assoc. of Cape Horners (IACH) which is the acknowledged authority for solo circumnavigations via the three Great Capes, including Cape Horn, has today made a call for all Whitbread Race veterans to register their circumnavigations. This is the start of a roll call that will also include veterans from previous Financial Times Clipper, and Volvo races, British Steel/BT Challenge crews and Jules Verne competitors, together with those who have cruised around the world and meet the IACH criteria.

Peter Waring, the Vice Chairman of the IACH, who competed on Great Britain II during the 1977/8 Whitbread race, said: “We Cape Horners applaud the return of Corinthian racing around the world and are excited by the huge interest that the Ocean Globe Race is generating. Fellow veterans can now register their voyage details on the IACH website: www.capehorners.club/main/index.php.

“From my own experience, I know that the Corinthian spirit within the OGR will give amateurs from all walks of life a unique opportunity to exceed their personal expectations and form solid friendships that will last a lifetime. This amazing event includes the opportunity to round Cape Horn under sail, a never to be forgotten experience, which qualifies crew members to join the unique International Association of Cape Horners – grab this opportunity – you’ll never regret it!”