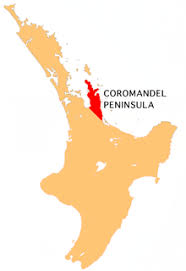 A mission is under way to rescue those on board a catamaran suffering a broken mast off the Coromandel Peninsula in New Zealand.

Two people are aboard the 12-metre double hull lying in rough seas off Port Jackson, on the northern tip of the peninsula.

A male on board called for help around 1.30pm on Friday and bystanders on shore also spotted the troubled catamaran and alerted authorities, Waikato police Senior Sergeant Simon Cherry said.

The catamaran had demasted in 1- to 1.5-metre swells, he said, about 2 kilometres off the coast from Goat Bay.

“It's very rough and the weather has been pretty appalling.”

A Coastguard vessel was responding along with a Westpac Rescue Helicopter.

Cherry said both people were equipped with life jackets.