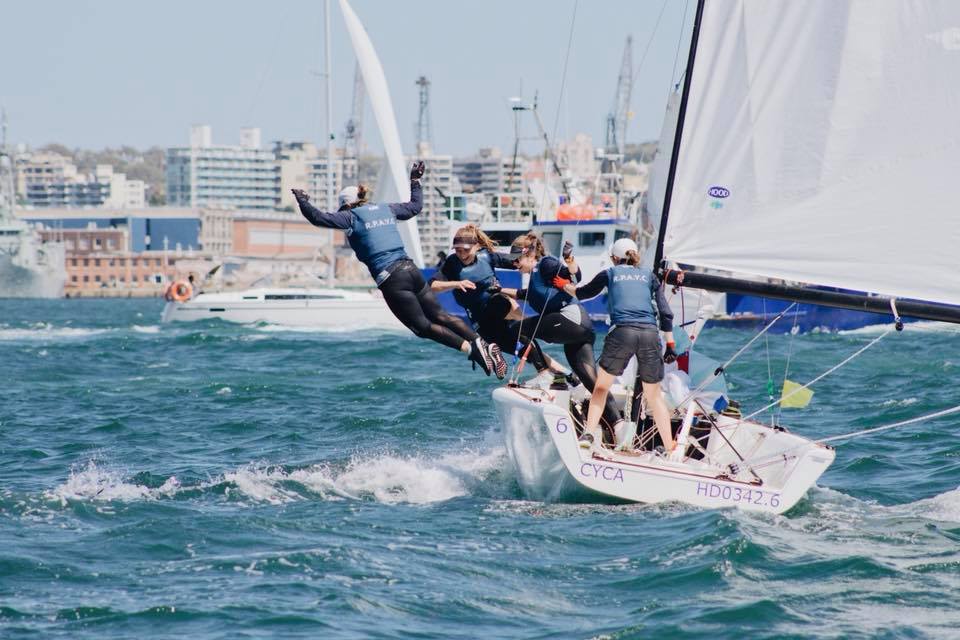 The crew celebrates their Hardy Cup win with a swim. Photo supplied.