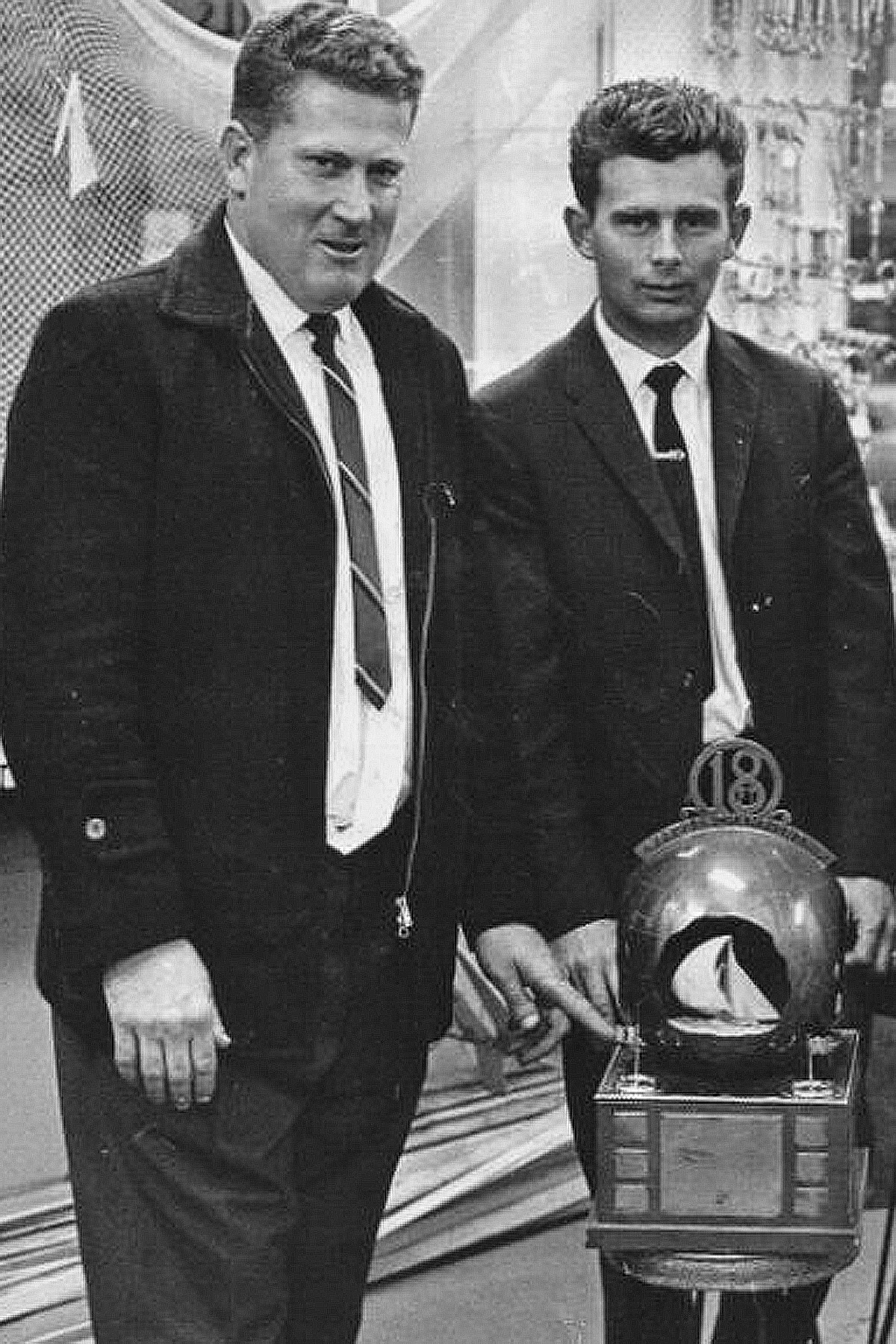 While it is only their first season sailing together in the 18 Footers, the rookie team of Kirk Mitchell, Tim Westwood and Daniel Barnett has shown they have what it takes to challenge the front runners.

All began their sailing careers in junior classes at their respective clubs, then made their way into the 18ft skiff on similar paths, the 29ers and 16ft skiffs.

After winning the Cherub Nationals in 2013/14 – and another three seasons on the podium – skipper Kirk Mitchell had his sights set on the 18ft skiff. After a season in the 16ft skiff, he made his debut this year steering Noakes Youth.

“Since winning the Cherub Nationals, I was looking at getting an 18 as I thought that’s where the best skiff sailors are,” Mitchell explained.

“I enjoy the 18s because they are the quickest skiff on the water and involve being at the top of your game to control and sail the boat fast. The sheer speed is amazing and the fleet is welcoming and a friendly group of people.”

Sheet hand Daniel Barnett was destined to become an 18 sailor. He is a fifth generation 18 footers sailor and both his father, Phil Barnett (Chesty Bond), and grandfather, Don Barnett (Associated Motor Club), have won the JJ Giltinan Trophy over the years.

“Moving into the 18s was an easy choice, because of my family background in the class and I had grown up aspiring to one day hop onboard the 18s and at least try them out,” Barnett said.

The final member of the team, bowman Tim Westwood, returns to the class after a season off racing with the Team Japan Youth America’s Cup Team. He made his debut in the 18 with Pedro Vozone on Haier in 2015 and now returns to sail on Noakes Youth.

The team has plenty of talent among them and they have put it to practice on the water mixing among the more experienced teams throughout the season. They finished the Spring Championship on a high winning the final race and they were fifth overall in the NSW Championship.

“We try and train at least once a week. It has been a very steep learning curve but it has been incredibly rewarding,” continued Barnett.

“The fleet has been great and helped us out along the way, offering us tips and advice. Our sponsor Sean Langman has been very supportive and is always looking to help us out, as has Jack Macartney (former Rag & Famish skipper).”

The Noakes Youth team will compete in their first JJ Giltinan Championship from March 3 to 11, 2018. Until then you can catch them racing every Sunday and cheer for them from the Spectator Ferry – leaving Double Bay Wharf 2pm on race days.