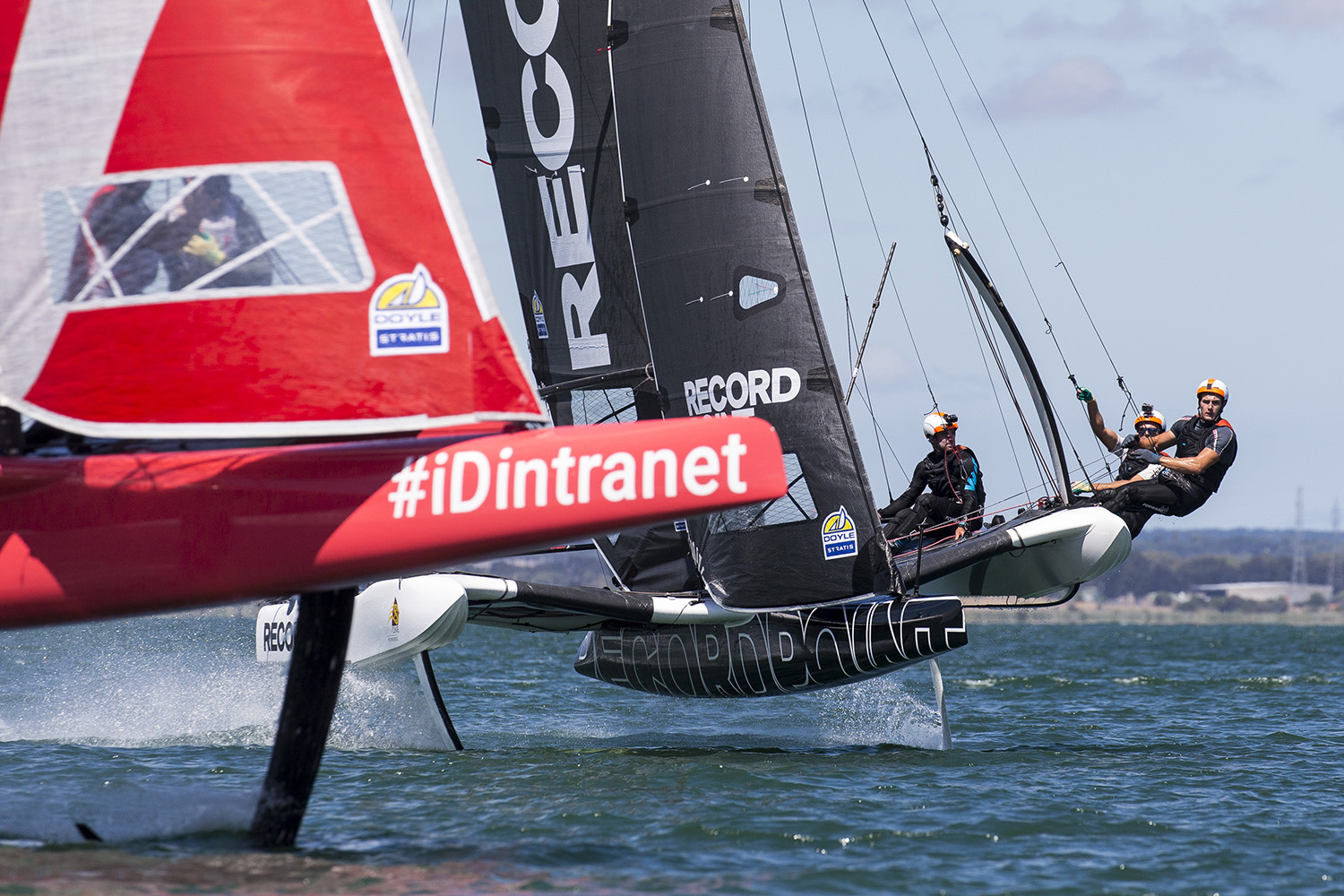 Geelong: Just two seconds split Euroflex and Pavement in the final race of the opening day of the SuperFoiler Grand Prix on Geelong’s Corio Bay – with Euroflex finishing supreme.

Phil Robertson’s Record Point turned the final marker ahead and looked destined to shatter the stranglehold of the ’dream-team’ – only to be snuffed out as the sky-blue bolter finished with her nose in front and pointing to the heavens.

It was almost impossible to tell which SuperFoiler had crossed first, although the race officials deemed it was Euroflex who lurched ahead in the final five metres to cross ahead by a mere two seconds – keeping her perfect series record intact.

“That last finish was super tight. I sort of feel almost a bit sorry for Phil and the boys to pip them right on the line but we thought we can’t give it away that easily,” said Victoria’s America’s Cup winner Glenn Ashby from the Launch Pad after chalking up Euroflex’s 10th win of the series.

“It was bloody painful we just didn’t have enough heat in the oven at the end of the race,” said Record Point’s skipper, “We are coming for them and I think the blue boat will go down soon.”

It should have been a day to celebrate for tech2 after their miraculous return from major surgery which sidelined them on Saturday and Sunday the week previously in South Australia. Instead they struggled to light their fire in Geelong as skipper Luke Parkinson was tossed overboard in the opening race. He recovered to race on across the remaining two races.