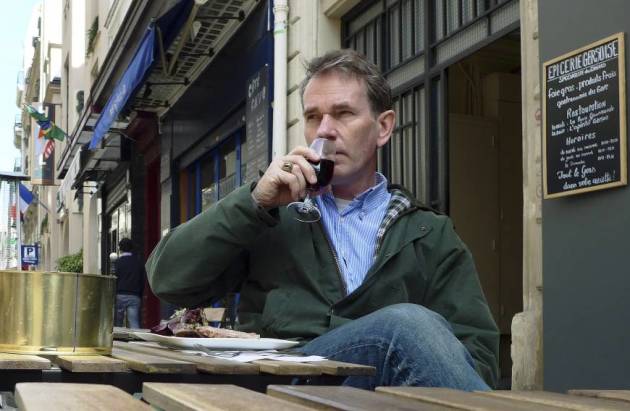 PORTLAND, MAINE – A novelist who was twice rescued from storm-battered sailboats hopes his next adventure lacks in such drama.

South Carolina author Michael Hurley plans to sail around the world after using the experience of scuttling his sailboat on a failed trans-Atlantic crossing for his new book, “The Passage.”

“I love the freedom of sailing on the ocean. There’s no limit. The horizon extends. There’s nothing to stop you from going wherever you want to go,” he said from England.

He credits a decision he and his wife made to renew their vows days before his rescue for saving his life. Absent that, he said, he may have tried to continue sailing — with fatal consequences — after his vessel began sinking with more storms looming ahead.

He was rescued south of Newfoundland by students on the Maine Maritime Academy’s training vessel, State of Maine.

Elements of the adventure are rolled into “The Passage,” the tale of a spiritual journey by a broken stockbroker who encounters a stowaway who changes his life while sailing to Ireland.

The book, which goes on sale June 1, features an attempted trans-Atlantic crossing, a harrowing rescue and a Robert Burns poem, character and details drawn from his experiences aboard the State of Maine. After his rescue, Hurley made a pilgrimage along the Camino de Santiago in Spain for a time of reflection and that, too, found its way into his book.

In the end, he and his wife never renewed their vows, and their marriage didn’t survive. Part of that may have to do with Hurley’s wanderlust.

Continue reading here to find out about Hurley's latest boat, about which an Engish shipwright has reservations. Could he be heading for three rescues in a row?