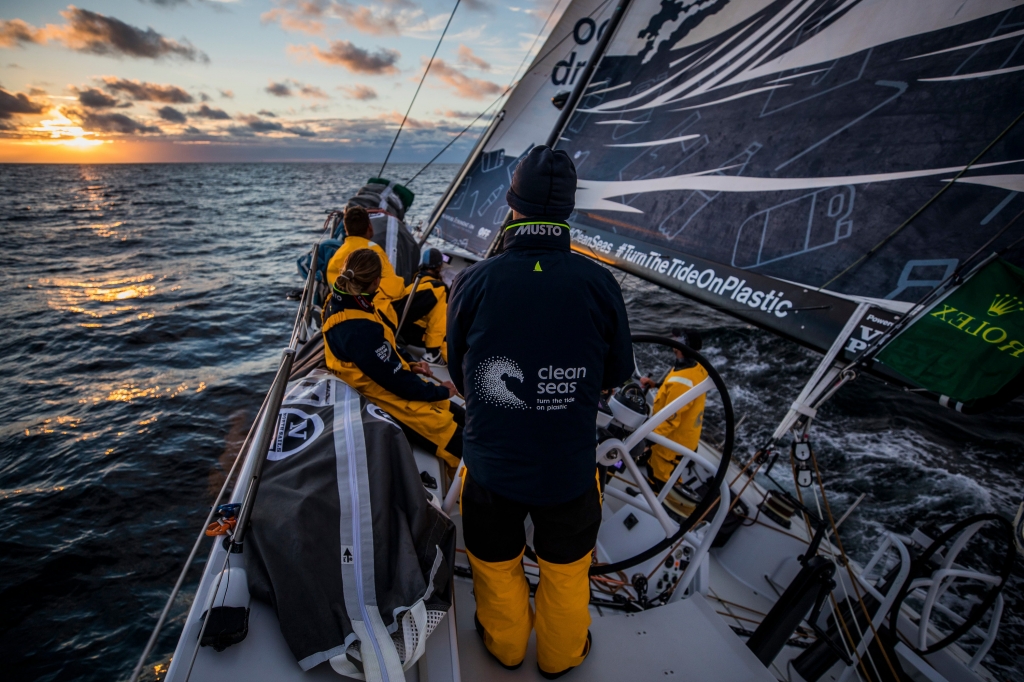 The multinational quartet, all 30 or under, earned their places after an intense trial period in Lisbon, Portugal and will be part of the Turn the Turn squad that takes on the round-the-world race, starting 22 October 2017 from Alicante.

“There is so much young talent out there,” said Caffari, who is delivering on her pledge to bring a mixed male-female crew with a strong youth component to the start line.

“Bleddyn Mon is a talented dinghy sailor and was one of the fittest in Sir Ben Ainslie's America's Cup Land Rover BAR team. As an engineer, he is very analytical, good at checking the data and also a very talented trimmer. I am delighted to have him join our team and look forward to seeing him grow as an offshore sailor.

“Henry Bomby has many offshore miles under his belt as a short-handed Figaro sailor, and like most good sailors he can turn his hand to numerous activities on board. He is comfortable with fast speeds and in good physical shape. I'm keen to prove that young talented sailors can be just as competitive as the more experienced veterans of the race.”

The team, which will amplify United Nations Environment’s 'Clean Seas: Turn the Tide on Plastic' campaign, counts the Portugal-based Mirpuri Foundation as its principal partner and the presence of Bernardo Freitas and Frederico Pinheiro de Melo will strengthen the team’s Portuguese flavour.

“We trialled eight Portuguese sailors to finally select Bernardo and Frederico,” added Caffari. “There is limited offshore experience in Portugal but some really good sailors. Both sailors I have chosen are physically strong with good skill sets.”

Alongside the sustainability focus, inclusivity in age and gender will be a strong theme of the campaign.

The Volvo Ocean Race will visit 12 Host Cities during the 2017-18 edition – departing Alicante and stopping in Lisbon, Cape Town, Melbourne, Hong Kong, Guangzhou, Auckland, Itajaí, Newport USA, Cardiff and Gothenburg before a big finish in The Hague in summer 2018.