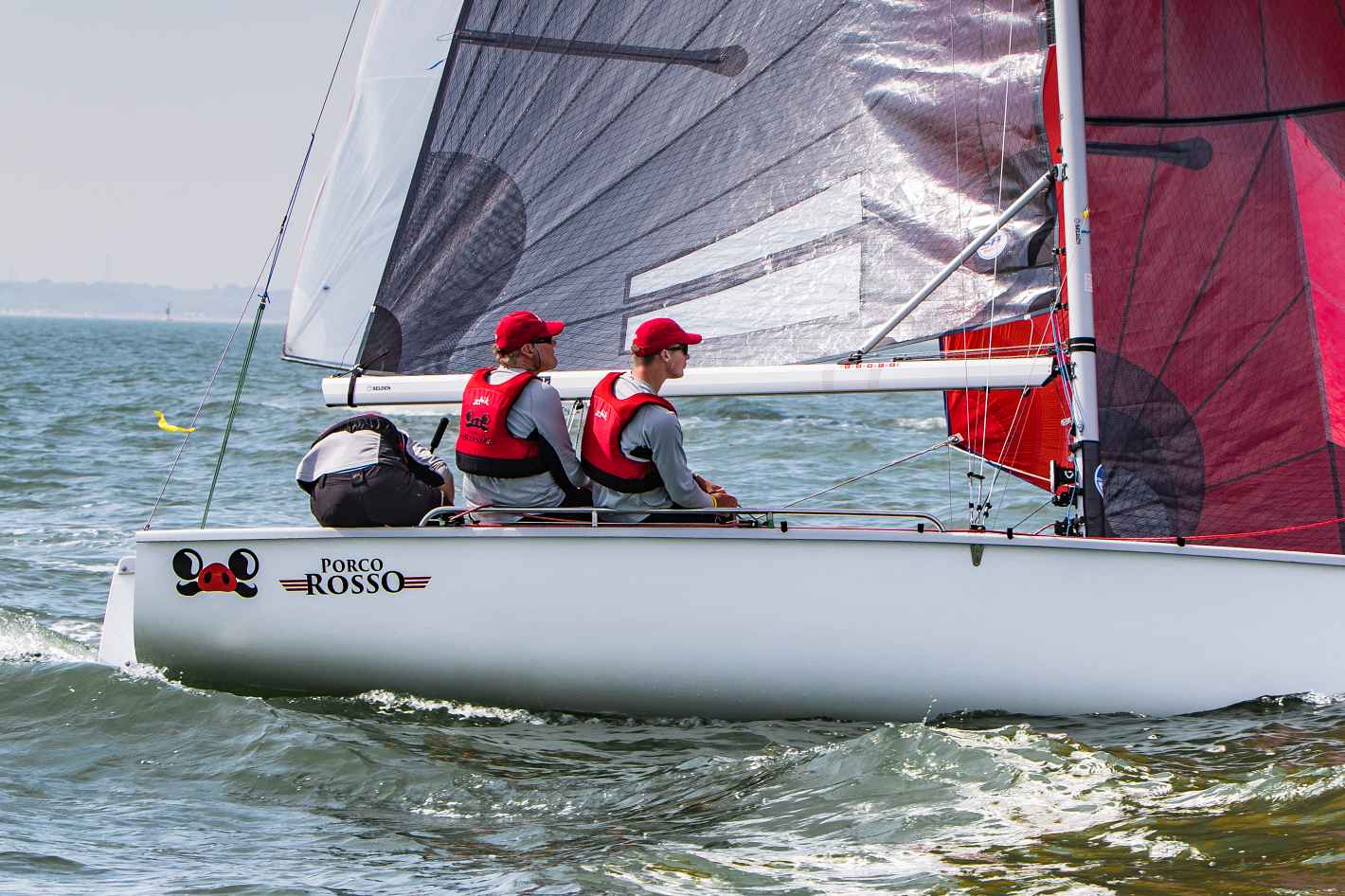 Skipper Elliott Noye has his head down checking to leeward on Porco Rosso. Photo Jennifer Burgis.

Tasmanian yachtsman Michael Cooper and his crew of David Chapman and Gerry Mitchell have sailed Export Roo to an overall lead after two days of frustrating competition at the SB20 world championship in England.

So far racing has been limited to just one race each day because of light winds on The Solent, the famous stretch of water between the English south coast and the Isle of Wight.

This has lifted the Tasmanians from equal first to a clear margin of three points from Xcellent. The champion British yacht won the Blue division on day one but finished sixth on day two.

Fellow Tasmanian Nick Rogers and his crew of Robert Jeffreys and Andrew Roberts, sailing Black, are seventh overall with a second on day one but 10th overnight in the Blue division.

Because of the size of the fleet (71 boats from ten nations) the host club at Cowes, the famous Royal Yacht Squadron, has split the fleet into two qualifying groups.