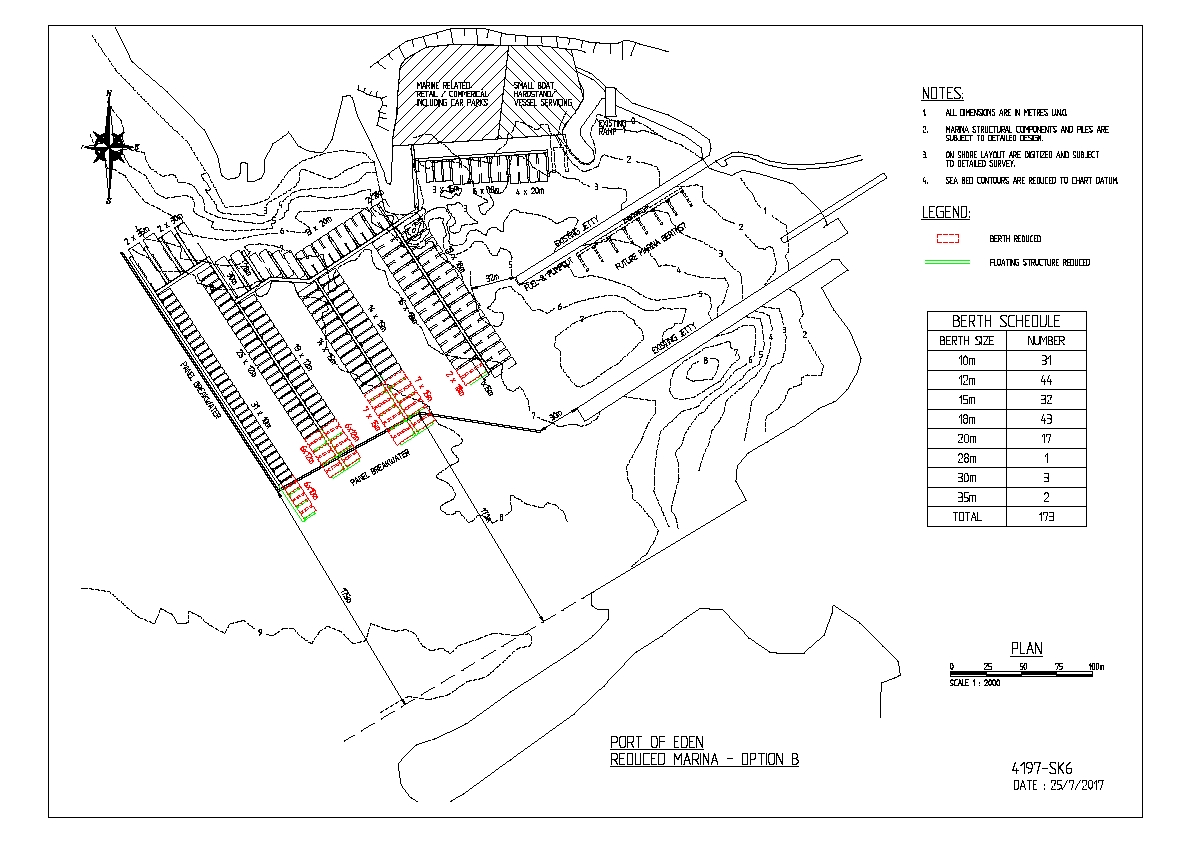 29/08/2017
The NSW Government has advised the Port of Eden Community Liaison Group (23 August 2017) that it will be calling for expressions of interest for a wave attenuator in Snug Cove in October this year, according to Robert Bain, secretary of the Port of Eden Marina Association (POEM).
The EOI process will be followed by calling tenders for construction for the Safe Harbour Project.
POEM say this is welcome news for the Eden community after years of studies, meetings and lobbying has, at last, paid off.
Eden is the only deepwater port for small vessels in South East NSW and East Gippsland. The addition of a safe harbour in Snug Cove will be very welcome by permanent and transiting boats, including the Sydney-Hobart fleet and various cruising yachts passing by.
The main criteria for the attenuator will be creating the maximum protected area in Snug Cove without impacting on the berthing pocket for the cruise ships and ensuring that marina wave requirements are met.
A concept drawing for an attenuator and marina in Snug Cove is shown here.
portofedenmarina.org.au