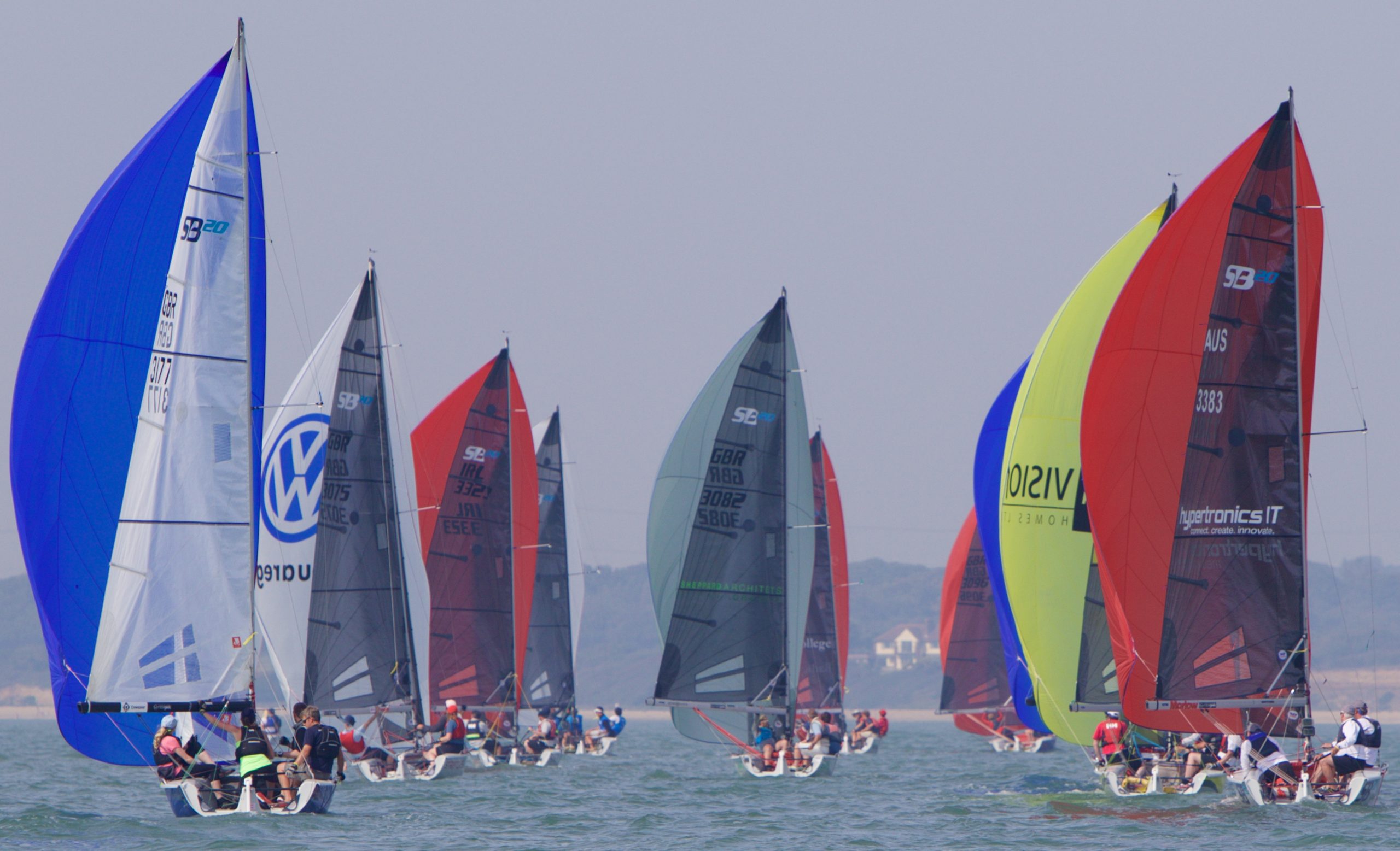 Tasmania’s Export Roo, skippered by Michael Cooper, goes into the final day of racing at the 2017 SB20 World Championship at Cowes with a slender three-point lead in the Gold fleet.

Cooper notched up a 3-2-10-24 scorecard on the penultimate day of competition on the Solent which, with a carryover score of five from the qualifying races, gives Export Roo an overall net score of 20 points.

The French yacht Give Me Five (Robin Follin) was the most consistent of an inconsistent day of results across the 40-boat Gold fleet, placing 16-6-1-6 to be on 23 points.

In an interview on the SB20 Australia Facebook page, Cooper was asked about the forecast for the final day. In reply, he said: “We’re praying for no wind and no racing, because then we’ll win; if we race, it will very light, 5-6 knots.”

Competitors sailed four races in what turned out to be a windier day than predicted; shifty with the breeze varying between 6-25 knots.

It was a tough day for tacticians and many of the top crews are carrying big scores going into the last day of racing, with the potential for three final races. Only one discard is allowed in the Gold fleet racing.

Cooper said that Export Roo had become entangled with the pin end buoy at the start of race one. “Fortunately, it turned out to be a general recall,” he said.

In the last race of the day, lying in place, they had “taken a hard right and the breeze a hard left…we ended up 24th.”