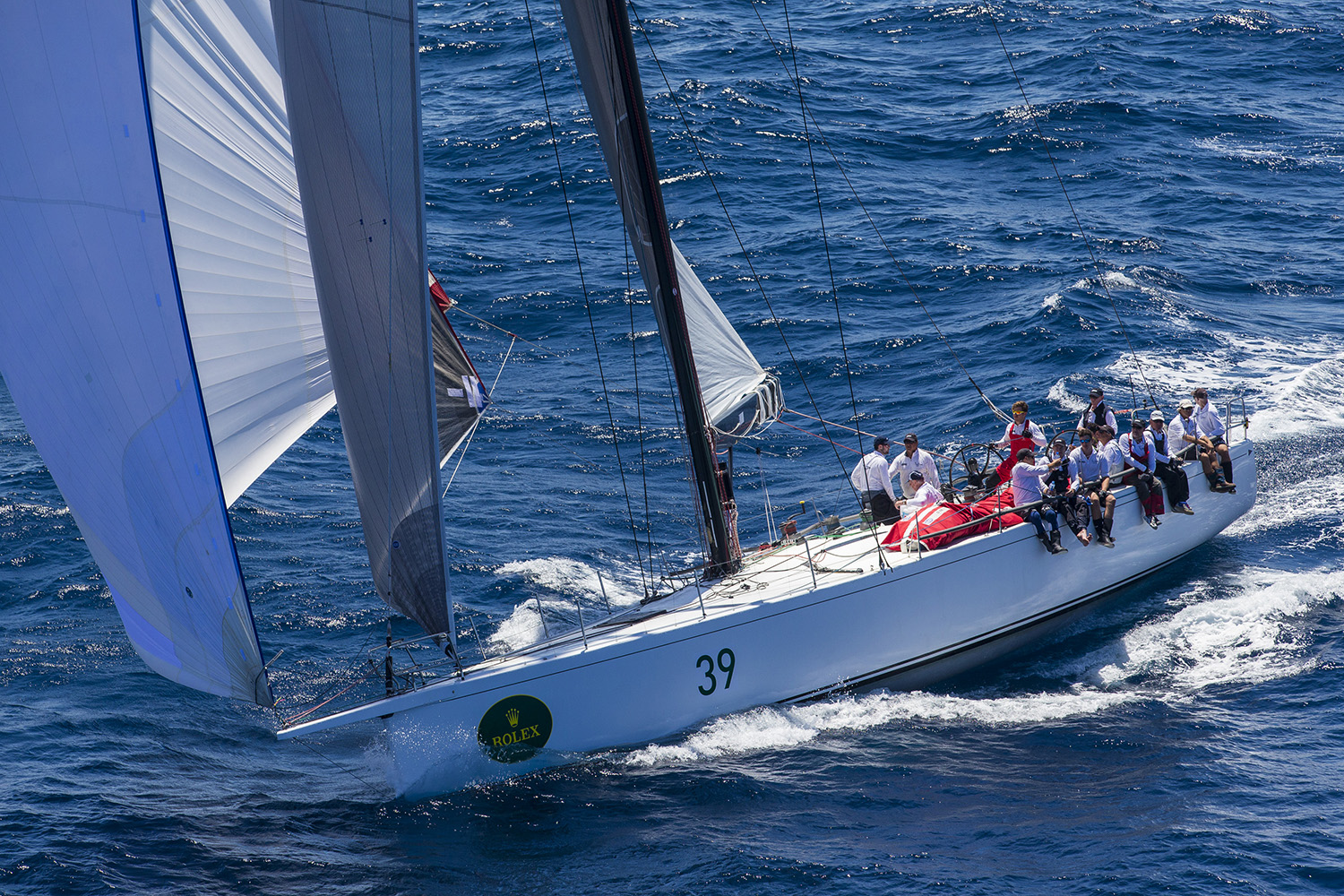 As the fleet continues to trickle into Hobart it is pretty much the same story, great reaching to Tasman Light and from there it has been a drfit fest. The lucky boats follow a group in and see what not to do, the unlucky ones get stuck in the hole and watch as boats sail past doing up to three-times the boat speed. This was the story for David Gotze's Triton.

Crew member Matt Hayes explained: “We did all the research and all of the plotting on expedition and stuck to the game plan. There was a couple of areas where we parked for hours on end and you can’t really do anything about that. One is at the entrance out here for three or four hours and the big one was just a bit south of Tasman Island whn it was forecast to be 10 -15 knots and we had about 2-3 knots.”

“Everyone around us, we were looking on the tracker, were doing 8, 9 or 10 knots. And they are outside of us, inside of us, behind us, infront of us and we were kind of stuck in this hole.”

For the LC60 it was always going to be a tough race on handicap. The conditions were not idea for them and to do any well they would have to beat the TP52s across the line – a near impossible task in those reaching conditions.

“The conditions didn’t really suit us because we don’t rate well when we are running so the TPs actually rate higher than us and are faster than us so we have to beat them over the line; which is always hard when you’re up against it. We were doing okay, we were in there but we ran out of wind in a few places so generally we did the best we could,” Hayes said.

After getting stuck in a hole for a few hours, and with all the routing saying they should have breeze. The frustration was building on board. “You check on the routing and you’re supposed to have wind there and we were pulling our hair out. That’s when we had a beer and relaxed, then the wind came in and we were out of there.”

Triton crossed the line at 7:42am in 20th position on line honours.