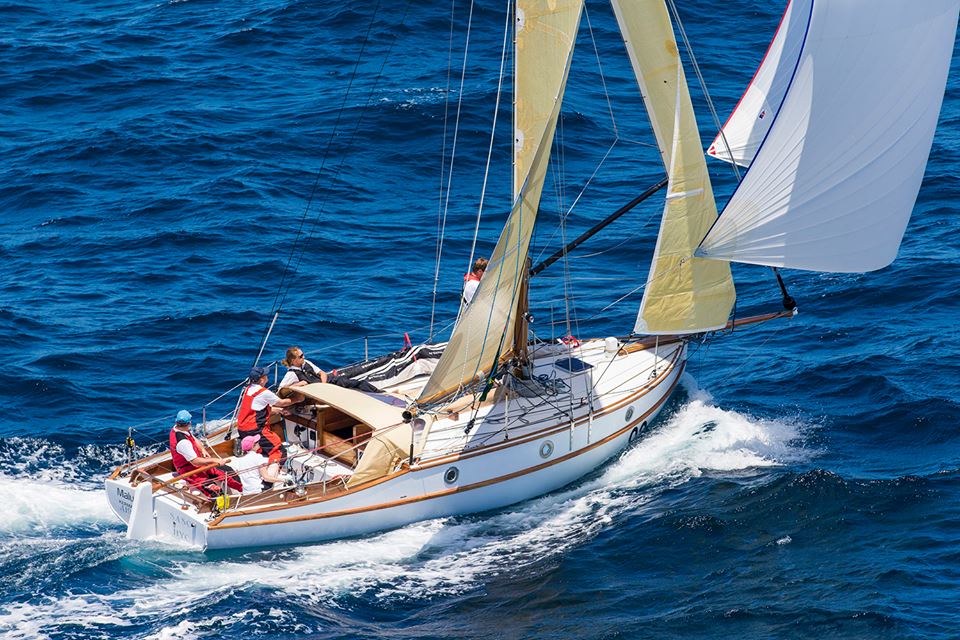 As Sean Langman arrived in Hobart in his beautiful Cliff Gale designed Maluka of Kermandie it was all smiles as he beat his own record by half a day. And beat Roger ‘Clouds’ Badhams prediction of four and a half days.

“It is the fastest time she has done, where is that Clouds? He told me I was going to take four and a half days,” Langman said.

While the weather conditions were a beautiful run south for the fleet, it is tough to handle on such a small boat. But it was a typical Hobart race.

“It wasn’t the most comfortable, which sounds ridiculous given it was so much downwind but driving this boat hard downwind is not easy. You are on your toes quite a bit.”

“We finally got an A typical Hobart race going around Tasman Island because we got absolutely flattened. We had the gust that blows through the gap that has been there for a thousand years; we weren’t prepared for it. We got a good pasting at the end there in Storm Bay.

“We got more water on board than we normally do but I think that was the flurry of sail changes more than anything, she held up no breakages at all.”

On the top speed they reach he explained it wasn't their fastest of 17knots, “just 13s and 14s. We did our longest day, we did a 240nm day which was pretty good for this boat.”

With the glass out on it’s way the crew needed to get Maluka of Kermandie to the finish line before 9am. They crossed the finish line at 8:38am under spinnaker bringing with them the blue skies that have avoided Hobart the last two days. And the cherry on top was winning their division.

“It was down to the wire as far as winning our division but we believe we got that. We are obviously very chuffed.”

For Sean it was more than just about the race, his son Pete joined him on board for the race. The father and son duo are more than used to sailing together having competed in 18 foot skiffs for almost three years.

“I always love sailing with Pete. He and I spent a lot of time doing the sail changes this trip and it was good. I am always proud of him.”

For the Langmans it is back on the water next week as the 18 Footers return after the Christmas break. It is all business with the JJ Giltinan Championship kicking off on February 24th.