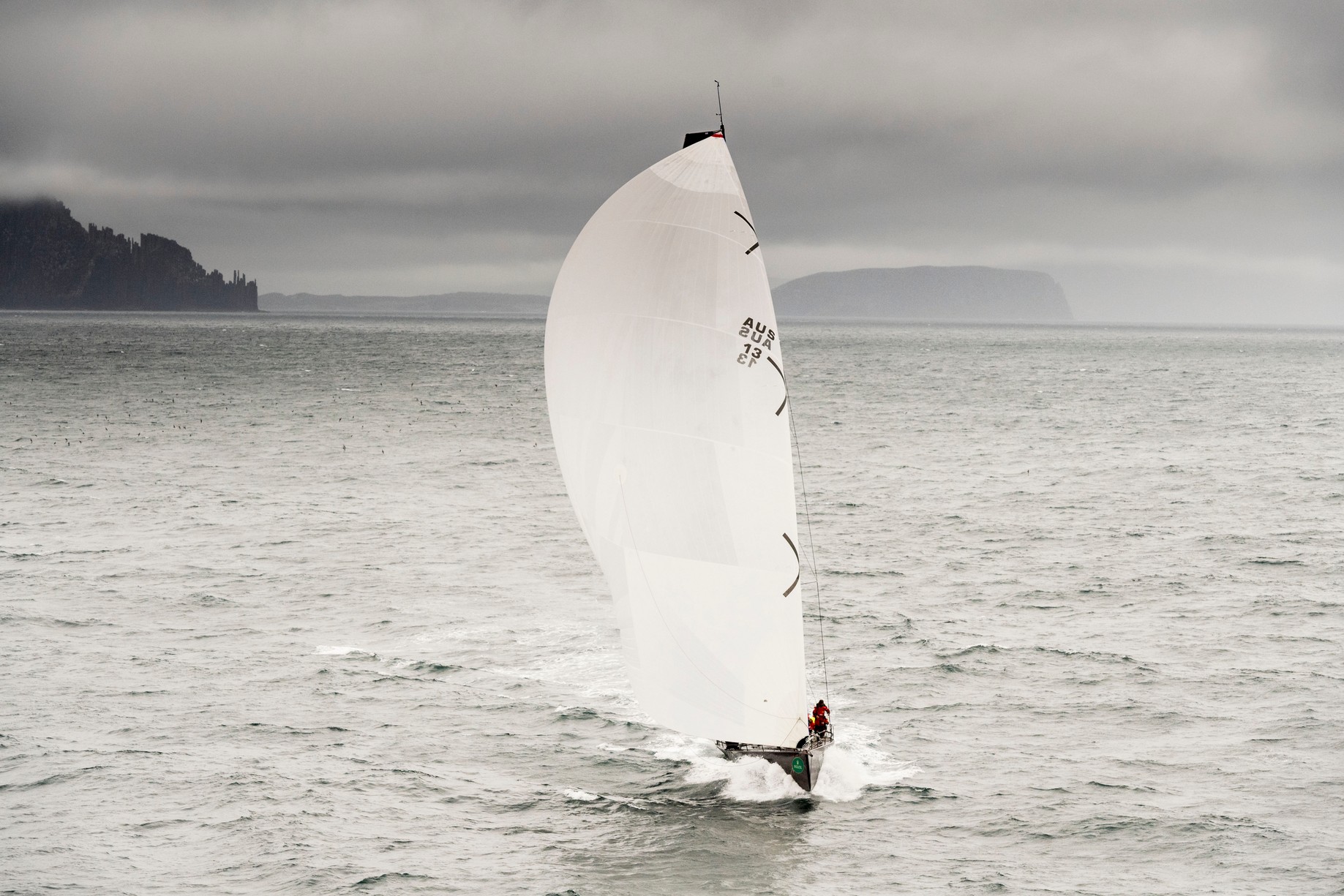 For Rupert Henry’s JV62 Chinese Whisper it was always going to be a race against Matt Allens JV52 Ichi Ban. The two have been neck and neck during the CYCA’s Blue Water Pointscore Series and when the forecast came through, Henry wasn’t sure the conditions would be in their favour.

“A week ago I was thinking it is not going to be our year. All season we have had trouble making time on the 52s and Ichi Ban in particular when it is majority down wind,” he said.

“So in the races where it has been half and half or races when it is not just planing reaching or running we have been good. That forecast was going to be 95% planning downwind; which is their sweet spot.”

While it wasn’t ideal for the black boat, their strategy saw them split from the fleet and run into some trouble with a low-pressure system.

“The whole pre-race strategy was to be in a certain place. And we were a bit inside that I think,” explained sailing mast Stu Banatyne.

“Also most of the fleet was outside of us as well. We had a lot going on. “

Although they split from the fleet, Henry was confident with their placement.

“It looked good. When we came through that trough, we put 20nm on the TP52s. I thought we were looking famous for a while, he said”

At this stage the 52 footers were able to get ahead of the Chinese Whisper and the pressure was on the black boat to get back into the game. This chance came as they turned into Storm Bay and followed yachts through the tricky phases.

“The advantage of watching the boats in front of us, we had a good strategy for storm bay which worked out well for us and then we got run down in the Derwent again after punching out a nice lead on the other boats,” said Banatyne.

The 62 footer was able to close in on CQS and Alive in the final stages of the race but ran out of runway to overtake. They crossed the finish line at 5:01pm finishing 9th on line honours. While it is not the result they were after, Henry and his crew were happy to finally reach the dock in Hobart after a 9 hour drift from Tasman Light.