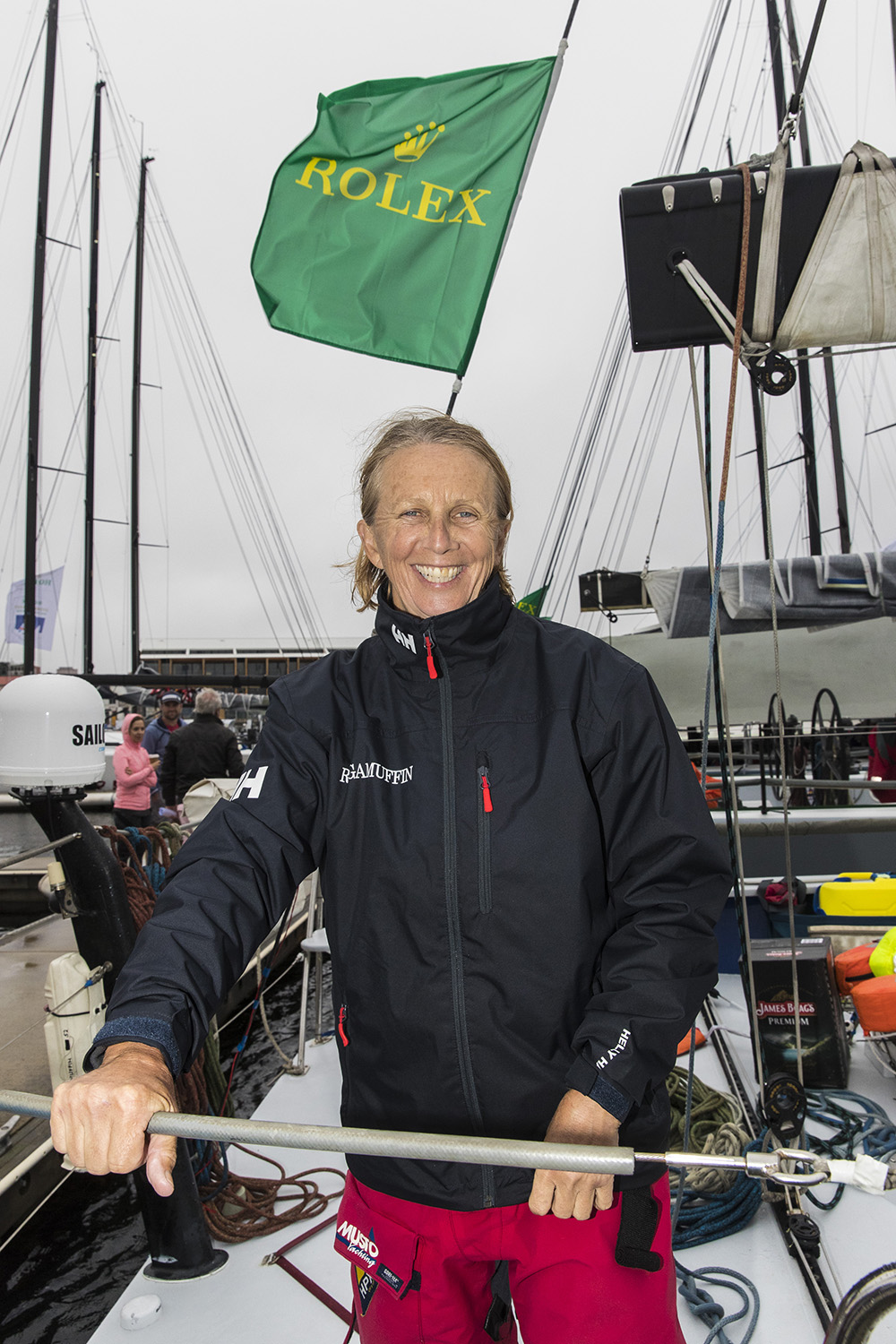 Adrienne Cahalan made history this week as the first woman to compete in 25 Sydney Hobart Yacht Races and it was all smiles as Ragamuffin was tied up to the dock. Her goal for the race was just to finish – and with her competitive spirit get a good result.

“We made it and it is good. It is always good to make it. That was one of the big things this year I wanted to get over the finish line… as well as get a good result,” Cahalan said.

Storm Bay and the Derwent have been throwing curve balls at the fleet and her experience and expertise were exactly what the team needed.

“We have lost line honours, and in fact this particular time, we lost line honours in 2001 because we sat inside and someone sailed up the shore so this time someone came in front of us as a crash test dummy saw them, and we went up the Bruny shore and sailed around them.

“We put seven miles on them. It is really challenging the Derwent, I quite like it. I don’t like it when it doesn’t work for you but you understand that is part of the race.

“Bass Strait is physically hard on you but this one is emotionally harder. So close to the finish. And particularly is you put in a really good race and have done everything right, people just come from behind and by virtue of bad luck they catch up. But it all comes around and goes around if you do it enough times. I guess that’s why you keep doing it so one day it will be your turn.”

Over her 25 races, Cahalan has proven she is one of the best, she has completed the race while pregnant, not that her team knew that, and was part of the Wild Oats XI team when they set the record in 2012. While she knew it would be a record breaking race she was surprised by how much Perpetual Loyal smashed it by.

“It is very unusual to have a forecast like this and to break the record by so much. I know on Wild Oats we only just broke it and to just wipe it, I am still really surprised about it. But it has got a lot to do with the technology and the people sailing it and it just all came together on Boxing Day and the wind just blew in the right direction the whole way.”

Now that she has hit the 25 milestone the question is will Adrienne be back next year? “Not sure, I gotta ask my children. I think they deserve a break,” she said with a smile.

Adrienne Cahalan has set records all around the world and including being the first woman to sail in 25 Sydney Hobart Races. Add to this her three laps around the world, five world sailing records and the holder of the previous Rolex Sydney Hobart race record and you have a remarkable sailor. But it doesn't end there… She also is champion in skiffs of all sizes, has a degree in law and her Masters of Applied Meteorology.