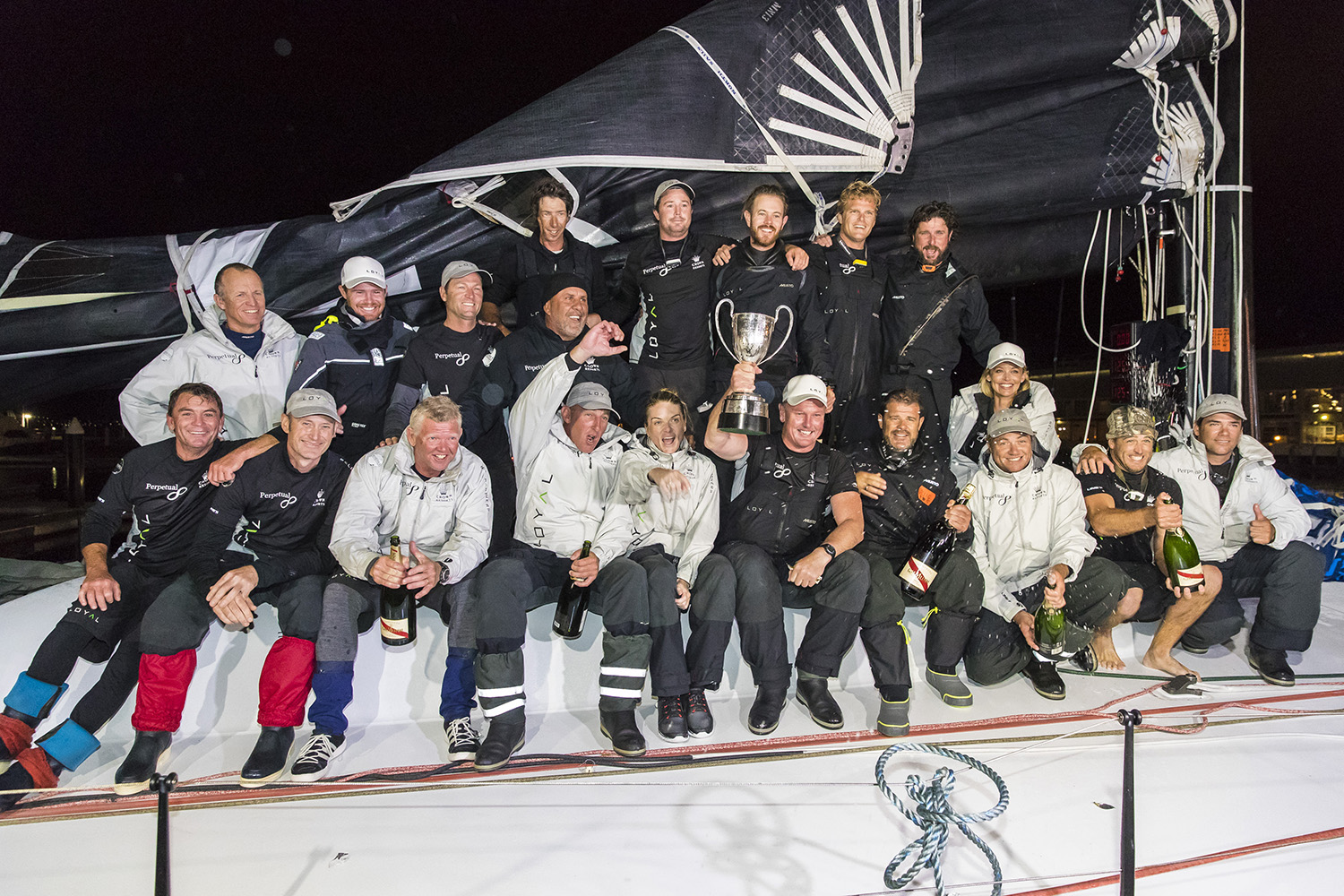 Just after 2:30am on December 28, Anthony Bell's 100ft super maxi Perpetual Loyal was first across the finish line of the Rolex Sydney Hobart Yacht Race, smashing Wild Oats XI's race record by nearly five hours. It was the second time the boat has taken line honours – only this year the owner and crew could celebrate immediately.

In 2011, when the big black boat arrived first into Hobart it was immediately protested for “outside assistance” by the race committee. The protest related to a question North Sails CEO Michael Coxon had asked a media helicopter pilot about what mainsail Loyal's rival Wild Oats XI had up – because it was an experimental one that North had made and “Cocko” was terrified that it had failed.

There was clearly no attempt to gain an advantage and the jury threw out the protest. But Bell and his crew had been forced to wait 24 hours before they could celebrate and it robbed them of the feeling of victory. Disillusioned, Bell gave up sailing for a short time but the lure of the race drew him back – and now he can celebrate in style.

“It defies a lot of worries we had, this is one for the true believers. We came together as a team really sensibly this year and picked the right people, we worked on the boat, so many people believed in it and wanted it to keep going. So we came back and had another shot and it paid off,” Bell told the media.

Although he will be disappointed that Wild Oats XI retired from this race when their hydralic ram that controls the canting keel failed, Bell can be happy that his boat and crew have sailed an excellent race.

“It was a bit of a shock to us,” Bell said of Wild Oats XI's retirement. “It was sad to see them break, we saw it. We were neck and neck actually, it didn't show that on the tracker, we were probably less than a mile away from them.

“We saw the boat tilt right over and we saw them come to a sudden stop. Our first worry was that they lost a crewmember overboard. We radioed them, we gave them a quick sked and said 'hey if you're in trouble we are prepared to stop the race and go over and help the guys. The fortunate thing is no one got hurt. We were able to keep sailing in the race.”

With Olympic gold medallist and America's Cup winner Tom Slingsby calling tactics on board, Loyal blocked Oats at the pin end during the start then worked over another super maxi, Scallywag, on a port-starboard call, forcing Scallywag to tack away to get clean air.

Those manoevres allowed Loyal to be first out of the harbour and despite their strength supposedly being upwind sailing in heavy air, they led for the first three hours downwind and were right on Oats' tail yesterday morning when their rival retired from the race.

Having negotiated the transition between the High and a weak low pressure trough over night, Loyal was quickly beam reaching in SE winds which backed to the north, allowing her to run under spinnaker again. Every hour she made further gains on the rest of the fleet and stretched away to lead by over 20 nm.

The Derwent normally goes quiet in the evening and many a race leader has drifted for hours, watching the race record slip from their grasp. But tonight the river seemed to decide that Loyal deserved the win and co-operated fully, with a steady easterly pushing the big boat along.

Giacomo is likely to be the next boat to finish, estimated to arrive at around 4am. It has been an amazing race by the Kiwi crew of the Volvo 70, with it looking as though she will beat home two 100 footers, Scallywag and CQS, and looking like the boat to beat for the Tattersall's Cup.

Check out the standings here and the tracker here.