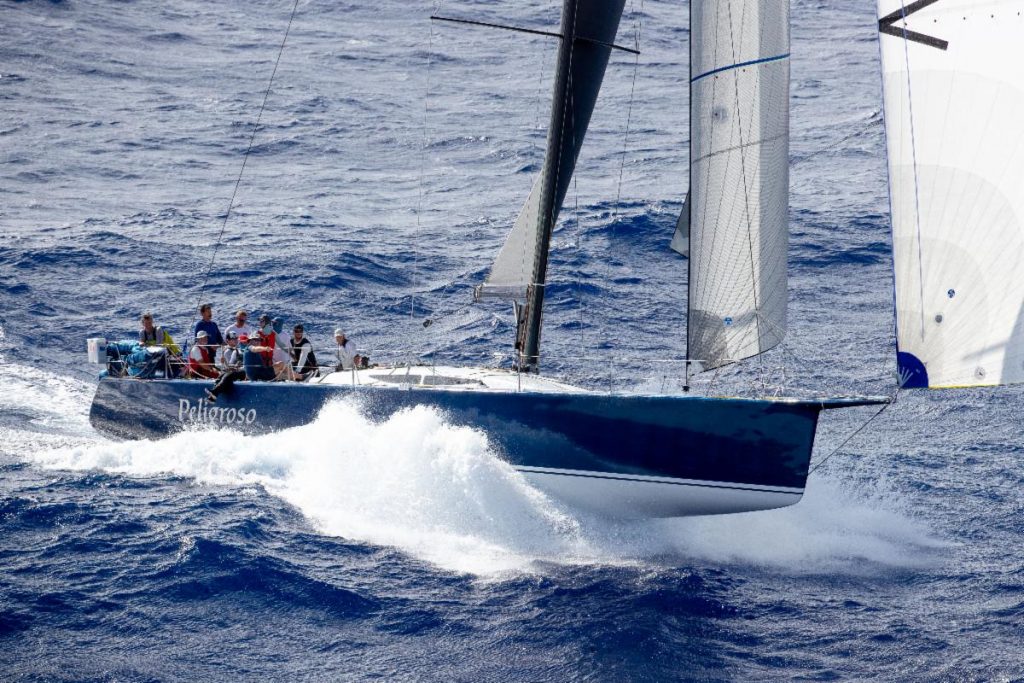 Peligroso sending it down a wave. Pic - Sharon Green/Ultimate Sailing 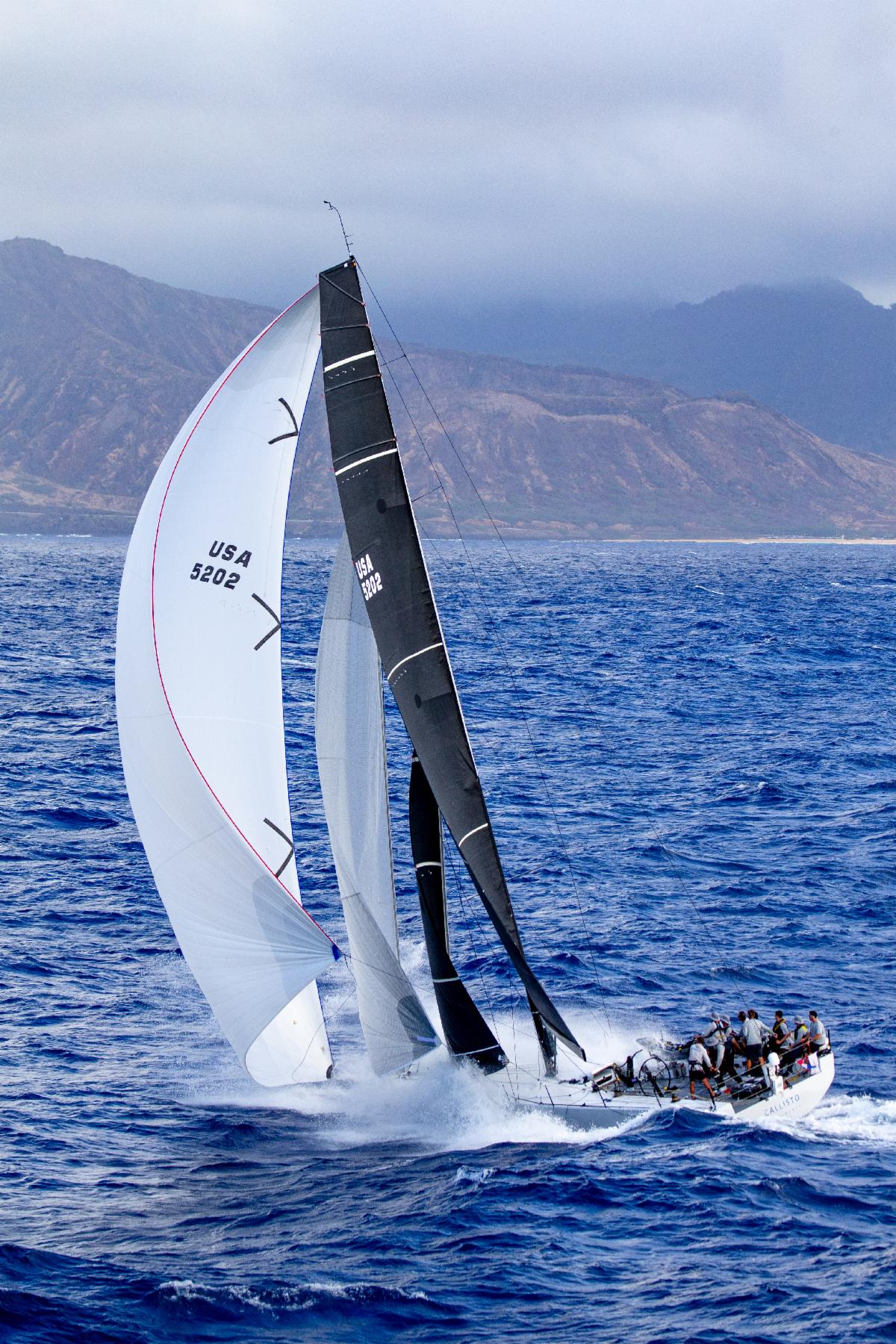 More than half of the fleet of 41 entries of the 51st edition of the Los Angeles-Honolulu Transpac are expected to be in to their berths before another large wave of 18 finishers are expected tomorrow night.

One of the first in today’s wave was Chris Sheehan’s Pac 52 team on Warrior Won, who finished at 2:18 AM local time for the second-lowest elapsed time in this race: 6:16:18. This is a remarkable feat, given that many who finished close to her were several feet longer in length. She bested her closest rival in Division 3, Thomas Furlong’s R/P 51 Vitesse, by 11 hours. And in having only manual-powered systems on board, Warrior Won will also win the Merlin Trophy for being the first monohull to finish the race in this category.

All the teams are telling stories about thrilling high-speed downwind sailing: continuous spray and even entire waves washing over the deck, with some coaxing that water to stay on deck while on others the interior was getting a regular fire hose of water. Some boats handled the ingress with bilge pumps but one team said they had to use buckets.

Meanwhile out on the race course the team on Steve Schulze’s Santa Cruz 50 Horizon are still locked in a corrected time battle for supremacy of Division 6, the Fabulous Fifties class, with rival Triumph, Steve Sellinger’s Santa Cruz 52. The two are separated by less than 2 hours in corrected time. With only 170 miles left to the finish the Triumph team is pushing hard to close this gap before running out of race course.

The Triumph team said, “It has been a thrilling and exhausting 24 hours for Triumph and her crew, with 11 gybes and 4 sail changes. We are doing what we can to fend off the faster Horizon. We are taking advantage of the wind shifts and cloud formations for greater pressure. Win or lose, we left it all on the race course.”

“Last night had a close crossing – too close for me as I was on watch as Mr. Bill (newly named Rock & Roll) came towards us on Starboard while we were on Port. She had the right of way, although ColRegs applies at night and this means both vessels must avoid regardless. Maneuvering these beasts in the middle of the day is tough – night time with impaired visibility can be impossible. She was not receiving our hails on the VHF Channel 16 Emergency Channel (not sure why) and she crossed roughly 20 boat lengths astern of us. Likely they may have not had someone below to make the call – we will find out when we talk on land.”

“Not much other news. The crew continues to perform at a high level.”