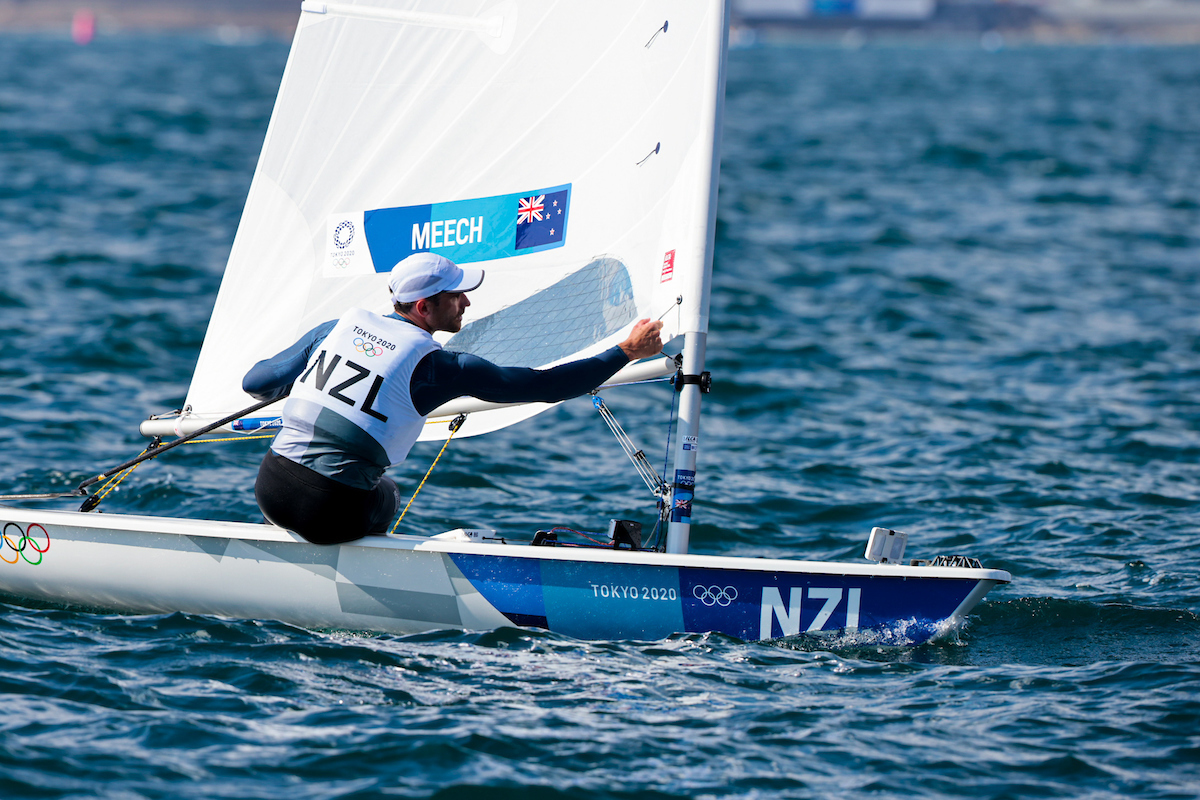 Sam Meech (NZL) is looking to work his way up the leaderboard, after finishing 19th on the first day of racing at the Olympics. Pic - Sailing Energy

Laser sailor Sam Meech (NZL) knows one bad race doesn’t make a regatta, especially at the Olympics, and has made a habit of navigating his way to the front of the fleet throughout his career.

The Rio bronze medallist was 19th in the only race of the day in the 35-strong fleet but was sitting in a top-five position early in the second race before a big wind shift forced an abandonment.

It means race management will try to get in three Laser races tomorrow in an attempt to catch up to the schedule.

Meech was the first Kiwi sailor in action at these Olympics, with the 49er, 49erFX and Finn due to hit the water on Tuesday.

He got off to a solid start in the first race but said he made a few mistakes which left him playing catchup throughout in the quality fleet.

Frenchman Jean-Baptiste Bernaz had no such issues, finishing ahead of Finland’s Kaarle Tapper with Norway’s Hermann Tomasgaard third.

Meech wasn’t the only big name to struggle in the shifty conditions, and most notably Australia’s Matt Wearn finished just ahead of him in 17th.

“It was a bit of a disappointing start but there’s lots of racing to go,” Meech surmised.

“That first race of the regatta is the worst I’ve sailed the whole time I’ve been here. I know I’m up there and still sailing really well. It was just a bad race.”

That was highlighted when he had an excellent start to the abandoned second race and was in a small group well ahead of the rest of the fleet when the race was called off.

“I got a great start, tacked across, got a good righty and then the left shift but the left shift was a little bit too good and they called off the race,” he said. “That was a bit of a bugger.

“But it doesn’t really change anything. I always take each race individually and if I race like I have been in training I should be fine.”

Results and standings after day one of the Olympic sailing regatta in Enoshima: