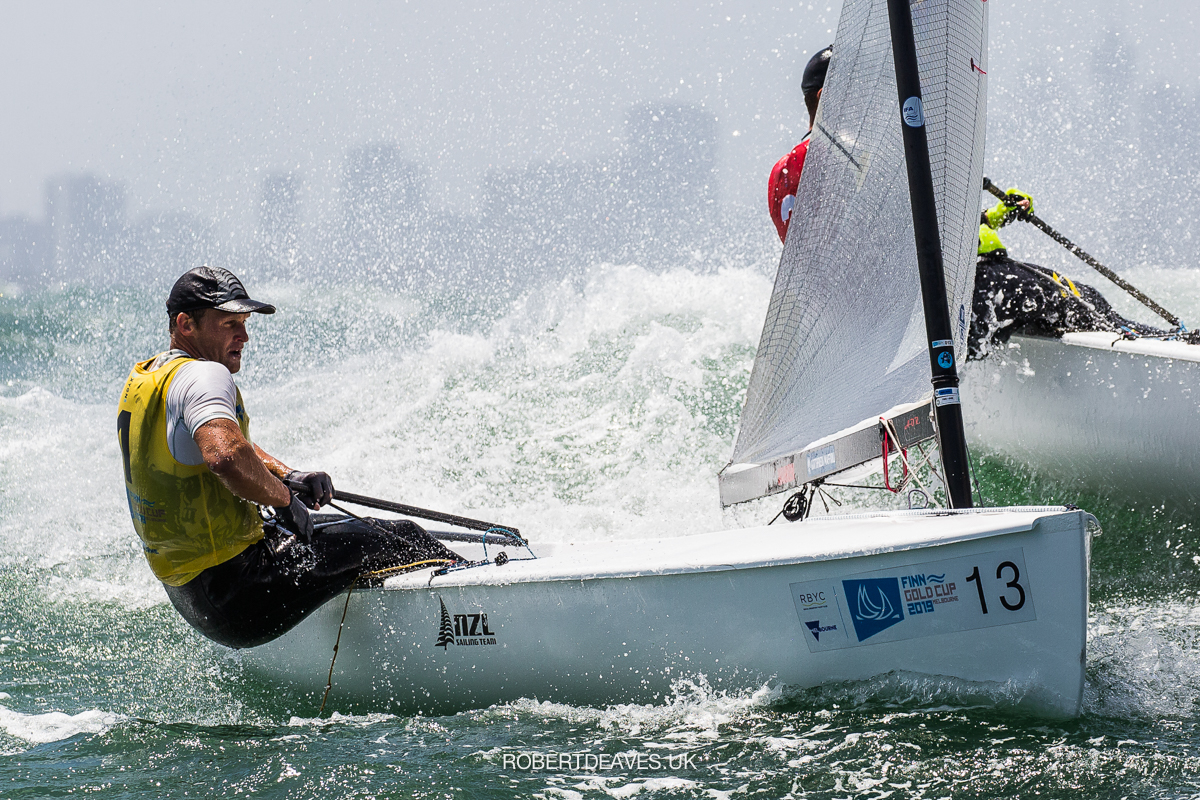 Tokyo 2020: Everyone is ready on the eve of the start of the last Olympic Finn event; most have been ready for at least a year, but in the next eight days, many years of hard work will come to a conclusion.

New Zealand’s Josh Junior is at his second Olympics. Junior and Andy Maloney have put together an incredible campaign over the past four years, including winning a world championship each and decided whoever wasn’t selected would go as the other’s coach.

Junior, who finished seventh at Rio 2016, won the Finn Gold Cup in 2019, and despite placing third in 2021 to Maloney’s win was selected for Tokyo. Maloney is therefore here as his coach.

Junior said, “It’s cool having Andy on the coach boat here with me in Japan. We have worked so closely for quite a few years, and he has a lot of good reminders; he is the current world champion after all. But to share this experience together as our final Finn event will be hugely enjoyable.”

The pair’s work ethic and close cooperation since 2017 has been unmatched. They also won two America’ Cups during this time, increasing their confidence and knowledge.

“It’s been great to get back to Japan. It has been hot with light sea breezes. It’s a tough venue to race, the chop is quite tricky, and the wind can be quite hard to see, naturally making it quite hard.

“It’s a very enjoyable time for us. We have put a lot of work in to get to this stage, and it’s exciting to start racing. I’m sure it will be a very close contest as there are a lot of guys sailing very well.”

With forecasts of an approaching typhoon affected the racing.

“My understanding is there is a typhoon to pass not to far away in the next few days which will put a halt to the current stunning 8-9 knot sea breeze. I think it’s going to be a little unsettled for a few days, but we should get back to sea breezes later in the week. We have been really lucky with the weather and no rain as of yet.”

The youngest Finn sailor in Enoshima is 23-year-old Joan Cardona, from Spain, who goes into the Olympics as the new World No.1.

“The journey to get here was tough at the beginning. I spent two years where I was not really making any great results in senior events and it was tough to see how difficult it was to be consistent at the top. After training a lot I started feeling better and better and here in Tokyo something changed in my mind. I started being consistently inside the top 10 and started believing more in myself.”

But hard work paid off and the results started to come, with the highlight being winning the Silver medal at the 2021 Finn Gold Cup, in Porto, and qualifying Spain for the Olympics.

“They told me there, in Porto, that I was selected and I did not celebrate for long. I knew it was the last Olympics for the Finn and perhaps my last chance as well, so from the first moment I wanted to keep working as hard as I could to be in the best shape for the Olympics.”

He has been training with Hungary’s Zsombor Berecz for a long time.

“The training here has been great. We did our last preparations and I think both of us are ready for the battle. The lack of access to the venue is definitely going to be an equaliser, and I think it is going to be better for me as until May, I was 100 per cent focused on selection at Porto and maybe the other guys could have been sailing in Olympic waters a bit more.

“The forecast looks different from what we’ve been training in over the last two weeks but I think I’ll take it day by day and see what’s going to happen. I like different conditions so it’ll be interesting.”

Like all Finn sailors here, both those competing and those in supporting and organisational roles he knows this could be his only chance.

“That it’s going to be the last Olympics for the Finn, especially from my side, is obviously a big drama, as I could see myself competing at the Olympics for many more years. But for now the only thing I can do is focus 100 per cent on this one and then look at my personal options. You can feel all the Finn guys are really upset, but we all want to finish it in the best way and give a nice spectacle.”

There’s just one sleep left. Racing for the Finns begins on Tuesday.