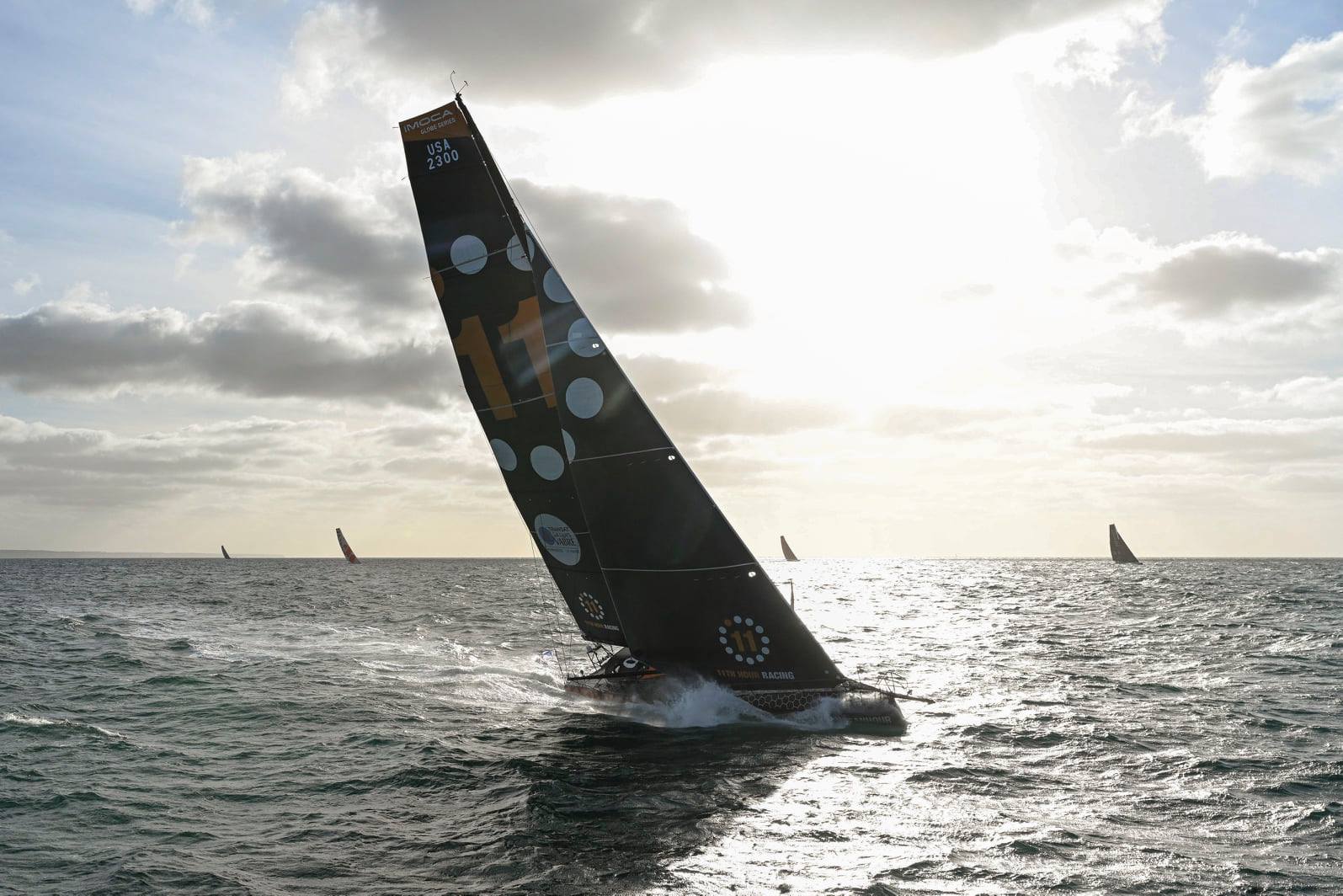 A second 60-footer dismasted on Wednesday after Bureau Vallee suffered this misfortune earlier in the week.

The 11th Hour Racing Team Alaka’i of Justine Mettraux and Simon Fisher was thus forced to retire from the 15th edition of the Transat Jacques Vabre. The two skippers are safe and sound.

“This is obviously a huge disappointment for the sailors, and the wider team, however what is most important is that Simon and Justine are safely ashore,” said 11th Hour Racing Team CEO Mark Towill. “Tomorrow we will undertake a full assessment of the damage and finalize a plan to get the boat safely back to France,” he concluded.

Given that Alaka’i was the junction between the leading group and the pursuers, there are now six boats seriously ahead of the back pack: Apivia, followed by LinkedOut 34 miles behind, then by Initiatives- Coeur, Charal, 11th Hour Racing Team Mālama and Arkea Paprec.

It should be noted that the gaps within the Imoca fleet should conintue to widen, since the leading boats benefit from a good fifteen knots of wind.

The Ultime soon back in light air?

The great fight continues among the giants, after a little more than three days at sea.

“We  were side by side in the middle of the night with Sodebo, crossing Cape Finisterre, at around 40 knots” said Franck Cammas aboard the Maxi Edmond de Rothschild , it’s tight, there is a very good level of speed and tactics, which offers a beautiful spectacle.”

The boat duo Cammas-Caudrelier always keeps a level head. But after making nice gains down the Iberian coast (more than 550 miles in 24 hours, something to cheer at after the Gulf of Biscay “that has never been slow.” There is a new setback could present itself to the trimarans. “The wind has already started to weaken, we are going to have to set the boat in light-air mode like at the end of the gulf,” said Cammas.

The 7 Ocean Fifty in less than 100 miles

To live happily, let’s stay together. This is the motto of the 50 footers at the start of the race. The last of the pack, Groupe GCA – 1001 Sourires, is almost 100 miles from the lead. Koesio, the trimaran of Erwan Le Roux and Xavier Macaire, is still the leader. The favouurite, Leyton, is in 5th position.

Co-skipper Sam Goodchild said this afternoon: “We have lost a few miles so we will try to catch up with the others ahead. We found trade winds on the Portuguese coast of 15/20 knots, with a series of gybes to stay in the the good sense of the wind as far as the Canaries.

“Some boats have taken the lead, our little mistakes at the start of the race cost us dearly. But we will seize the opportunities as soon as we have them.”

If, over the past 24 hours, the most southerly boats (multihulls and first monohulls) have finally been able to start their race after the wind filled in, this is still not the case with the Class40s.

Some boats have only progressed by fifty miles since last night (ie a speed of 4 km/h) – victims of a decidedly capricious Bay of Biscay. This slowed-down fleet is still led by La Manche #EvidenceNautique.

“Relatively quiet day, we take advantage of our ranking and we decided to have a drink on board this evening to celebrate,” laughed Nicolas Jossier, partner of Alexis Loison.  “We can’t wait to pass the Spanish point.”