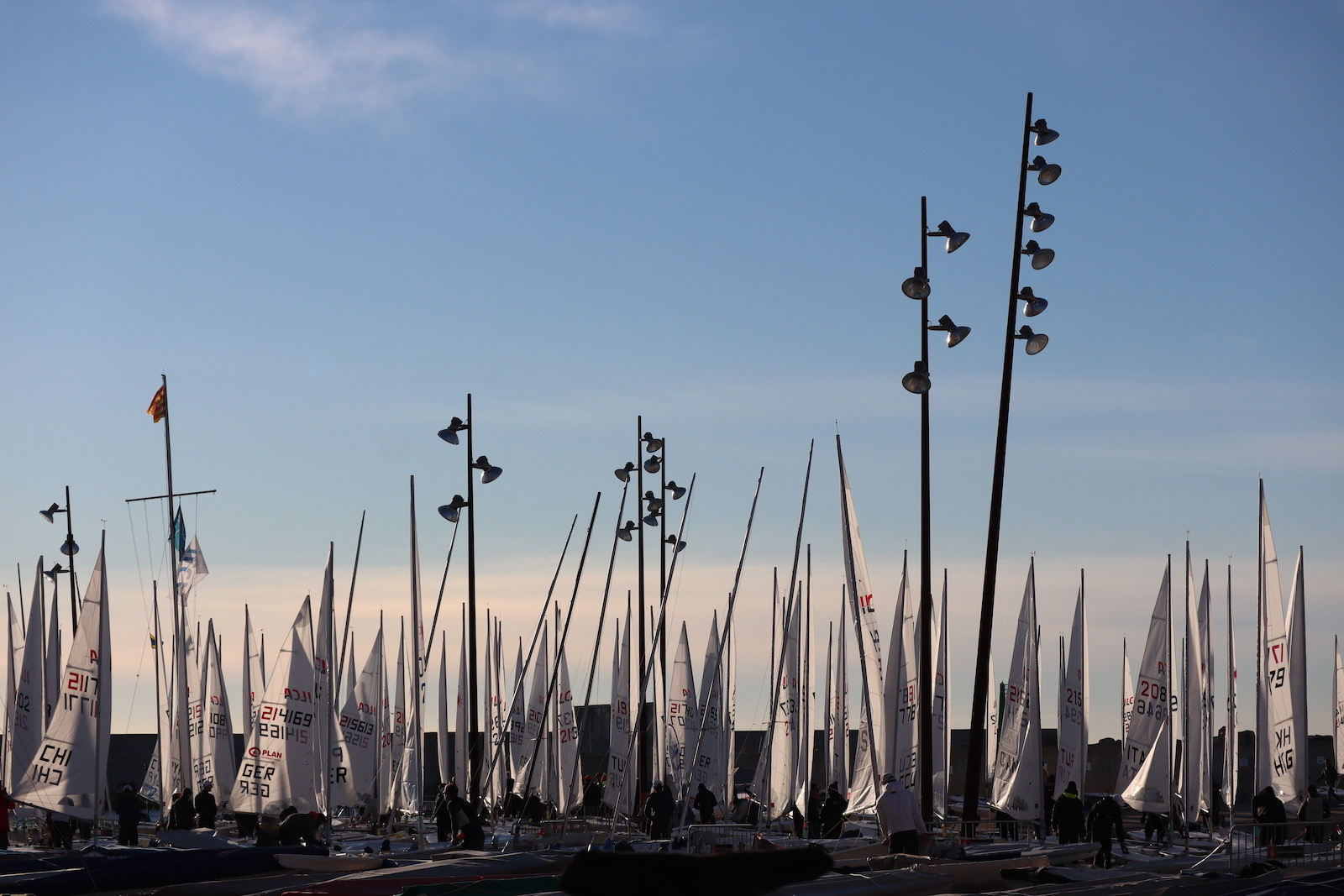 Barcelona, Spain: Conditions failed to deliver on the final day of racing at the ILCA 7 World Championships due to an uncontrollable wave state.

A storm rolled through and the swell pushed up to 2.5 meters, which made it highly dangerous to get to and from the race area. After attempting to navigate the entrance themselves, the race committee were forced to abandon racing and conclude the championship ashore.

The Australian Sailing Team ILCA 7 squad were raring to get out racing to show the world what Australian sailors can do in high winds and big waves. However, abandoned racing meant the overall rankings remain from the penultimate day of racing.

Zac Littlewood has had an extremely impressive debut into the international circuit and senior racing. The Fremantle Sailing Club athlete finished 5th overall at his second open World Championships.

Australian Sailing Team Head Coach, Michael Blackburn remarked, “Zac has posted breakthrough performances at each event, Under 21 World Champ, 8th at the Europeans and now 5th at the Worlds.”

“Note that he was 66th at the 2020 Worlds, so it’s a massive jump which comes with an extreme ability to learn and consolidate.”

Luke Elliott finished the championship in 10th overall and continues to be a solid performer and critical member to the Australian Sailing Team ILCA 7 squad.

“Pre-regatta, Swifto (Luke Elliott) was concerned that the lighter conditions wouldn’t suit him, but he raced well and had some tough luck to miss out on posting good scores when doing well in some abandoned races.”

After a strong qualifying series NSWIS athlete, Finn Alexander struggled in the three Gold fleet races and finished the regatta in 24th overall.

Ethan McAullay finished 81st overall. “We know Ethan has been doing much better than his result indicates,” said Blackburn.

The level of depth in this squad is extremely promising with a focus on the 2024 Paris Olympic Games as the Australian squad works towards a fourth consecutive Olympic Gold Medal for Australia in the ILCA 7 class.

Reigning Olympic Champion Matt Wearn was not in attendance this week, but rather watching from his hotel quarantine room in Perth following some well-deserved time off after Tokyo.

“He has started pre-season training and will be back in the boat soon to enjoy some summer racing against the rest of the squad,” said Blackburn.

The World Championships conclude the European tour for these Australian sailors as they prepare to return to Sydney to continue their trajectory towards 2024.