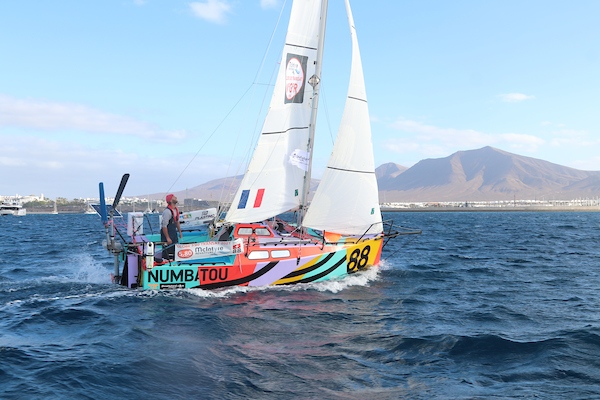 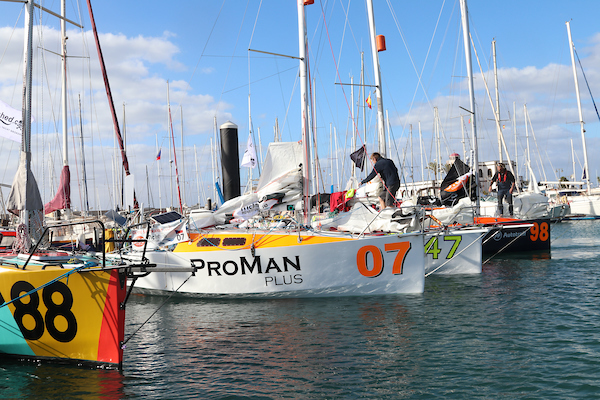 All yachts are in Lanzarote, now preparing for the second 3000nm leg to Antigua. Pic - 5.80 Transat 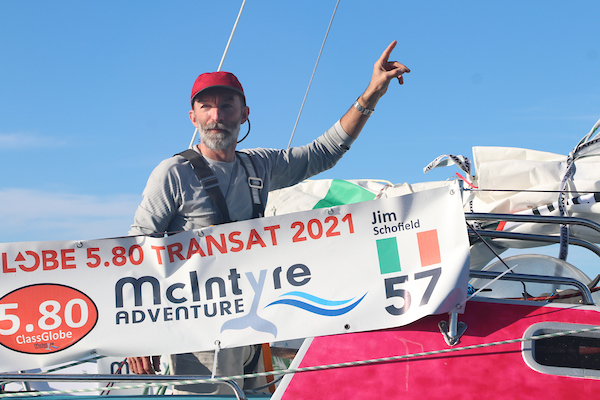 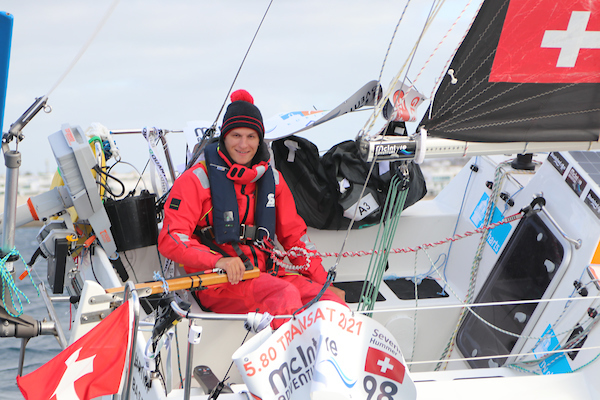 Severin Hummer at 25 is the youngest entrant. Pic - 5.80 Transat

All are celebrating the start of an adventure which began just over a year ago, as they each started building their plywood epoxy kit 5.8mtr Mini ocean racers. All from different countries, but with a common dream to make the Globe Transat.

The Swiss entry Numbatou from Etienne Messikommer won the first leg, completing the 600 nautical miles qualifier in 4 days, 20 hours and 55 minutes after a constant battle with the elements, and the Czech entry Menawan from Michal Krysta.

Many, including skippers themselves, wondered how the boat would perform due to the little time at sea, with only Numbatou and Menawan clocking offshore miles between Les Sables d’Olonnes and Lagos in Portugal prior to the start.

The boat howevers behaved splendidly. The Globe 580 Transat Race Director Lutz Kohne puts it: “With all experiencing a mix of conditions and gusts to 35 knots and above with swells of 3-4 meters, these amateur home build boats just proved their seaworthiness and fun factor.”

Don McIntyre sailed his TREKKA through the biggest storm and probably learnt the most about this new experimental design. After spending a night running under bare poles steered by wind vane at 5-8 knots, getting plenty of sleep below, conditions continued to build next day climaxing in 45-55 knots with 5 metre seas for five hours before rapidly abating.

“She is simply an amazing boat that feels bigger than she is” said Don McIntyre. ”You have to sail her like a small displacement boat sitting in the water, not on top and reduce sail to go faster! She will surf in swells, can take you around the world and really looked after me in that storm.”

Most experienced surfing surges of 12-14 knots with Krysta clocking up to 16 knots and regularly posting 24 hour distance above 130 miles but could not work out how to use his windvane.

Michal recalls: “Due to issues with the pilot and windvane, I have spent up to 70 hours at the helm with winds of 40 knots going down big walls of water in the 5.80 reaching a personal best of 16 knots of boat speed!”

Other entrants have not helmed that much, praising the efficiency of their South Atlantic windvane such as Etienne: I am very pleased with the boat and the self-steering gear in particular, I barely touched the helm. The boat is small and nimble, so I felt like a washing machine in the crossed, confused seas of the early days, but never in danger. She behaves like a bigger boat, and I have learned to push her to max speed in order to gain momentum and control in the big seas.

Third on the podium, Peter Kenyon had less time on the boat than Messikommer and Krysta but kept in touch throughout the race. “It was quite an eventful inaugural trip! From my best moment was dolphins waking me up from my nap in the cockpit to the worst, finding water in the aft compartment and not knowing where it had come from…”

After finding the water ingress came from fittings in the cockpit that we constantly awash with waves, Kenyon has only praises for the design: “The boat is the biggest surprise of those testing 600 miles, she feels solid, really safe and confidence inspiring.”

Leg two is already in everyone’s mind with a week before the start, while the boat design and home-built construction satisfied entrants and organizers alike some valuable lessons were learned from leg one, with tweaks and mods being planned.

Mostly improving storage on board with more places to store small items below and placement of deck fittings and blocks to simplify manoeuvres. The big question is weight distribution and loading. Many put heavy items at the mast position and above the keel, but some may now move weights further aft.

When asked about Leg 2, the Race Director Lutz Kohne mentioned, “Sleep, mental strength and the right tweak of windvane and main sail will be the key elements to be competitive for the race starting Nov 18.”

The gallant 5.80 skippers have a week to work on their boats, stock-up food and rest, but they are already established as trailblazers by the 150 other Globe 5.80 builders around the world, all watching and learning. They are making history in this new trend of home-built, one-design racing, all true legends within the fast-growing Class Globe 5.80 family!

The farewell press conference for the Globe 5.80 Transat with all skippers is set for 1100hrs UTC on Monday Nov 15 at Rubicon Marina Lanzarote. Covered live on Facebook at the Globe 580 Transat page www.Globe580Transat.com .