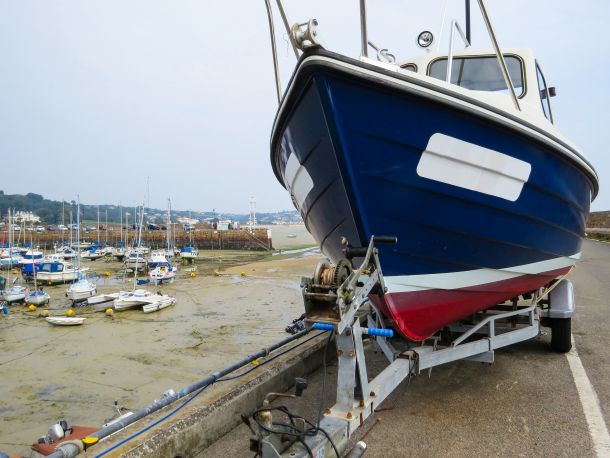 Four weeks or it's gone.

The NSW Government has made last minute changes to its legislation controlling parking of trailers on public streets that imposes rules that are much tougher than those originally flagged.

The NSW Boat Owners Association report that while a compromise had been reached previously with stakeholders, this was thrown out and replaced with a last-minute amendment in the Upper House. It means boaters cannot leave their trailers parked in ‘declared areas’ for more than 28 days without moving them at least a block away.

The original Bill, thrashed out over several months of consultation with stakeholders, was that the time limit for parking trailers would be three months before considered as abandoned.

The changes were introduced by the Government as an amendment to their own Bill in the Legislative Council at the second reading.  “We were completely taken by surprise” says Boat Owners Association President Jeff Richards.

“The deal worked out for the original Bill seemed a good compromise between the rights of owners of registered trailers to park them in the streets and the rights of residents to get access to parking in their local area.”

Under the provisions of the Impounding Act a Council officer can declare a trailer abandoned and, after 15 days notice, remove it to a storage facility.  It can then be sold if the owner doesn’t claim it.

“Using the Impounding Act to manage trailer parking in this manner is completely inappropriate.  BOA was prepared to accept the original definition of untouched for 3 months as a reasonable definition of abandoned.  Not moved more than a block in 28 days cannot constitute a definition of abandoned in any reasonable sense.  The Impounding Act is being used to implement a parking rule because the Councils knew they could not get such blatant discrimination against boaters legislated as part of motor vehicle regulations.

“Many other registered vehicles on public streets would fit into this new definition – why are boat trailers being singled out?”

“BOA is particularly disappointed that these changes were introduced and agreed to under the watch of Minister for Roads, Maritime and Freight Duncan Gay, who had management of the Bill in the Upper House. We would have expected the Minister to be supportive of the interests of boaters and motorists in the face of this attempt by the Minister for Local Government to implement parking restrictions in this manner.

“We anticipate that all areas near boat ramps will now become declared areas and Councils will issue permits to locals.  We are extremely disappointed at this unexpected turnaround by the government, and we will be fighting to restore the rights of owners of registered trailers to use the public streets like any other owners of registered vehicles can.”

The State Government has allocated $5m of boating funds for the establishment of off-street parking areas for boat trailers.  As at the date of the legislation none of these funds have been taken up.

With thanks to Boat Owners Association of NSW Inc