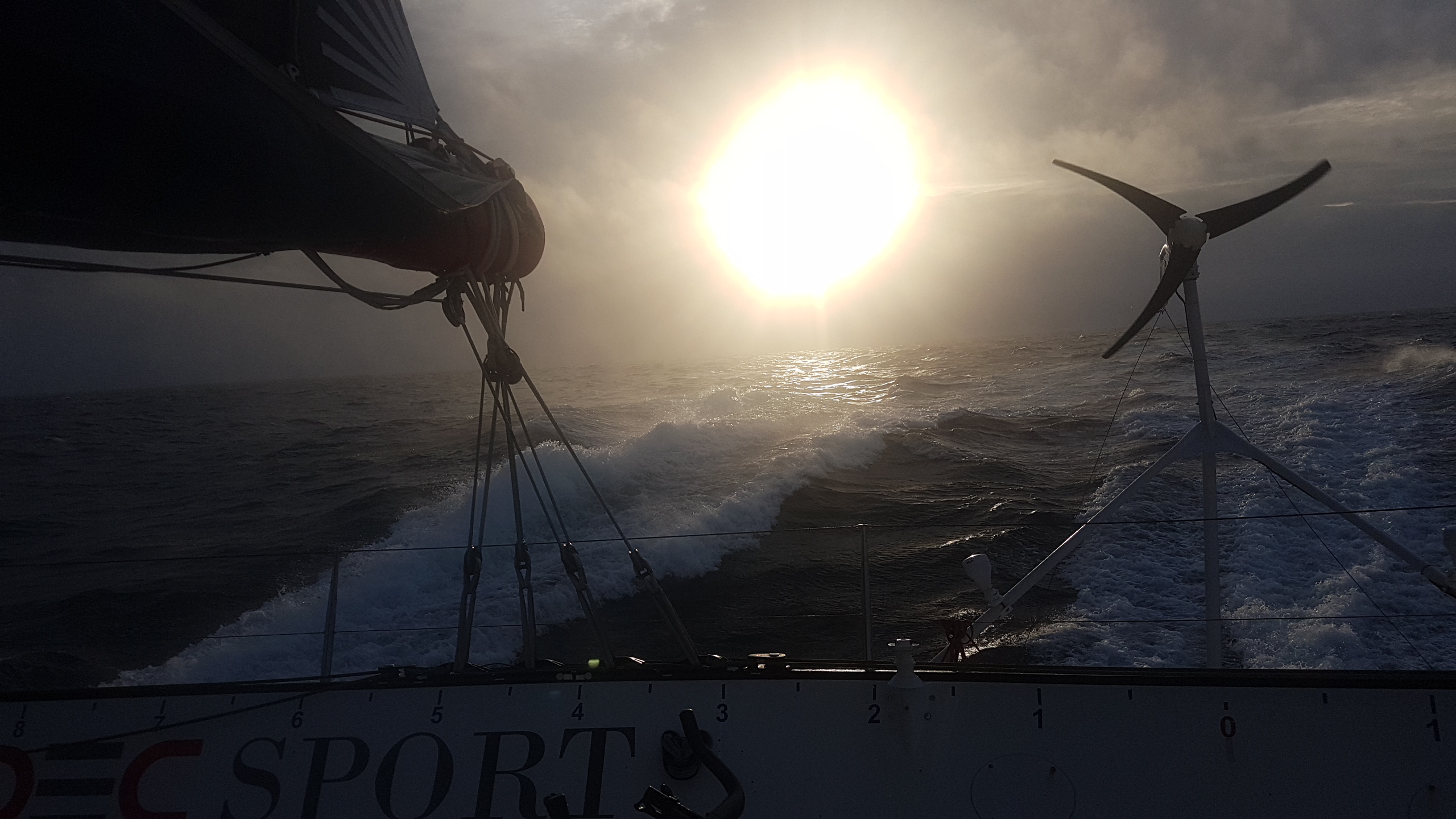 Rarely during his career as a high-speed ocean racer has Francis Joyon experienced such a long period of light airs and reduced speed. Since they approached the Indonesian coast last Friday, the crew of IDEC SPORT has only managed to cover 160 to 170 miles a day.

This situation will drastically change with the arrival of a deep low pressure system generating from today, but especially tomorrow thirty-knot Easterly winds gusting to forty knots with heavy seas and waves in excess of four metres. These conditions following on from Cyclone Kammuri (level 3), which is currently passing over the Philippines, should enable IDEC SPORT to arrive in Ho Chi Minh City on Wednesday morning.

The absence of wind, strong currents and the need to tack in amongst the multitude of islands in the Karimata Strait help explain why there has been a sudden fall-off in performance levels over the past few days. Leaving the NW coast of Borneo behind this morning, the giant trimaran has finally accelerated in the China Sea in a NE’ly air stream, which is expected to strengthen in the coming hours. 500 miles from Ho Chi Minh City, which is the destination for the second Act of the IDEC SPORT ASIAN TOUR, Francis and his men will be back up to speeds worthy of their incredible boat.

It will have taken the IDEC SPORT maxi trimaran and her crew three days to get away from the Sunda Strait in the Java Sea. Three days to cover 500 miles, or in other words, a disappointing average speed of just 6.9 knots. After the powerful currents along the coast of Sumatra, they have had to sail upwind in very light conditions, which meant that at times the giant was moving backwards….

It was only early this morning with the sun already up away to the east towards the coast of Borneo that Francis and his men finally saw their sails start to fill with the arrival in the China Sea of NE’ly winds that will continue to strengthen. IDEC SPORT is now moving again. Ten knots, twelve knots, eighteen knots… smiles have returned to the faces of the helmsmen, who are still remaining very vigilant and cautious in these waters.

The closer the boat gets to the coast of Vietnam, the more tiny islands, boats and all sorts of UFOs will be seen. They will need to be extremely vigilant with all the boats present in this area of the South China Sea around the Natuna Regency. The route towards the Mekong Delta, once again far from being a straight line, will once again force IDEC SPORT to tack around the islands on this twelfth day of racing.

Due to the weather forecasts announcing strong headwinds and heavy seas, Francis intends to reduce the risk as much as possible to look after his boat, arriving in daylight hours off the coast of Vietnam. The IDEC SPORT maxi-trimaran is therefore expected to enter the river leading to Ho Chi Minh City on Wednesday morning.