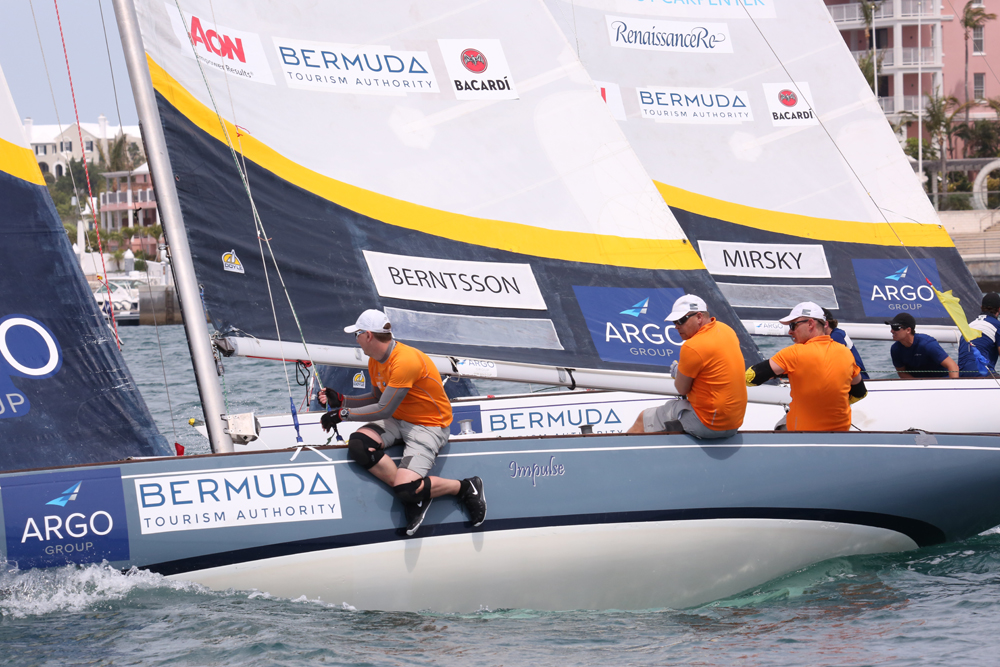 07/02/2019
HAMILTON, Bermuda (Feb. 6, 2019) — A sterling collection of past champions that also includes the top three skippers in the World Match Race Rankings, the reigning Open, Women’s and Youth World champions and the America’s Cup Challenger of Record are among the first eight entrants to the 2019 Argo Group Gold Cup, the oldest match racing regatta for one-design yachts and offering a $100,000 prize purse.

Scheduled May 6-11, the Argo Group Gold Cup is pre-dated by only the America’s Cup. The Gold Cup trophy was first presented in 1907 by King Edward VII at the Tri-Centenary Regatta, in celebration of the 300th anniversary of the first permanent settlement in America in Jamestown, Virginia. The Gold Cup was awarded as a match racing trophy in 1937 and this year marks the 69th running of the event organized by the Royal Bermuda Yacht Club.

“We are proud to sponsor Argo Group Gold Cup for the tenth year,” said Mark E. Watson III, CEO, Argo Group. “This event attracts the world’s best skippers and crews with experience competing in a wide variety of prestigious races.”

The 2013 Gold Cup champion, Francesco Bruni (ITA), will represent Italy’s Luna Rossa Challenge for the America’s Cup. World No. 8 Nicklas Dackhammar (SWE), who finished sixth last year, is back for his third run at the trophy. Four additional entries for a total of 12 are yet to be confirmed although one of those entries is allocated for the Bermuda National Match Racing Champion, to be determined later this month.

They’re all coming back for the warm hospitality of the Royal Bermuda Yacht Club, tenacious racing and the lure of winning one of the most coveted trophies in sailing.

“Team GAC Pindar first came to the Gold Cup in 1999 and has been a regular competitor since 2005, only missing last year due to the birth of my second son,” said the 41-year-old Williams. “We love coming to the Gold Cup for so many reasons; the local people, the place, and the competition for such a famous trophy.”

Racing will take place directly off the Royal Bermuda Yacht Club on Hamilton Harbour, one of the most idyllic natural amphitheaters. Racing will be held in the International One-Design (IOD), a 33-foot sloop designed in 1936.