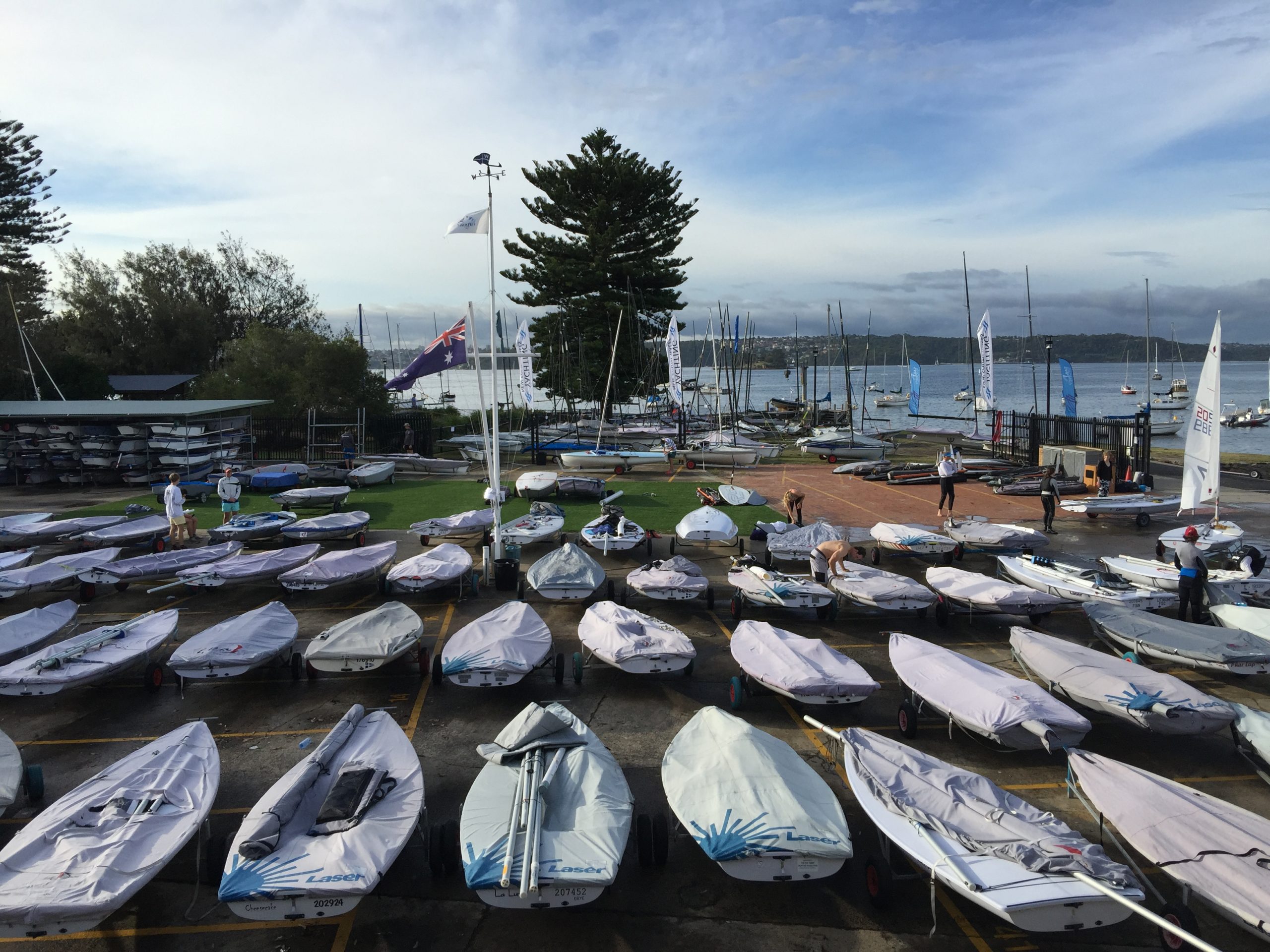 The calm after the storm at Woollahra. Photo WSC Media.

Sailors got their first taste of Sydney Harbour’s fury as they prepared for Sail Sydney today. Woollahra Sailing Club is set to host over 300 boats, for the Annual event, running from Thursday 17th December to Sunday 20TH December 2015. Sailors are set to compete across 17 Olympic and Invited Classes on courses covering Sydney Harbour – offering multiple vantage points for spectators.

With severe thunderstorms and a tornado warning issued by the Bureau of Meteorology for today, sailors were called to shore early on in the day. No damage was suffered during the first storm, however the WSC clubhouse did eventually succumb to the pressure of un-seasonably wet conditions. The majority of sailors elected to stay onshore whilst others decided to test the Sail Sydney racetrack for a second time. With a storm warning eminent, Woollahra Sailing Club and Sail Sydney Race Management requested that competitors remain on shore, as the second wave was fast moving up the coast.

Wind squalls of up to 60 knots were seen at Little Bay and Kurnell, just south of the racing and training area. Unfortunately, several boats were caught up in the front, which lasted much longer than first predicted. Several athletes were overcome with hypothermia and one sailor had a close call, suffering from a head injury. An ambulance attended WSC and the athlete was cleared of any serious injuries and did not require a hospital transfer.

With a flooded lower level due to rainfall, Woollahra Sailing Club was pulled in to incident management mode, all safety / rescue plans were deployed and carried out successfully. Woollahra’s quick thinking and acting staff were able to provide first aid, guided by a visiting Doctor.

Club Management would like to thank those who assisted with the recovery of athletes and their boats. Club and Race Management would like to remind sailors, coaches and support staff to check forecasts and weather radars before taking to the water – guided by the advice of Club/Regatta representatives. It is also important that sailors, coaches and supporters wear their lifejackets at all time and ensure they wear appropriate clothing for the prevailing conditions.

Woollahra Sailing Club will host the 2015 Sail Sydney Regatta, as apart of it’s Summer of Sail, including the SPLASH Festival 2016 which encompasses the Australian 420, I14, 9er and Youth Championships, For more information on Sail Sydney & the SPLASH Festival please visit the WSC website: www.woollahrasailingclub.org.au/regattas