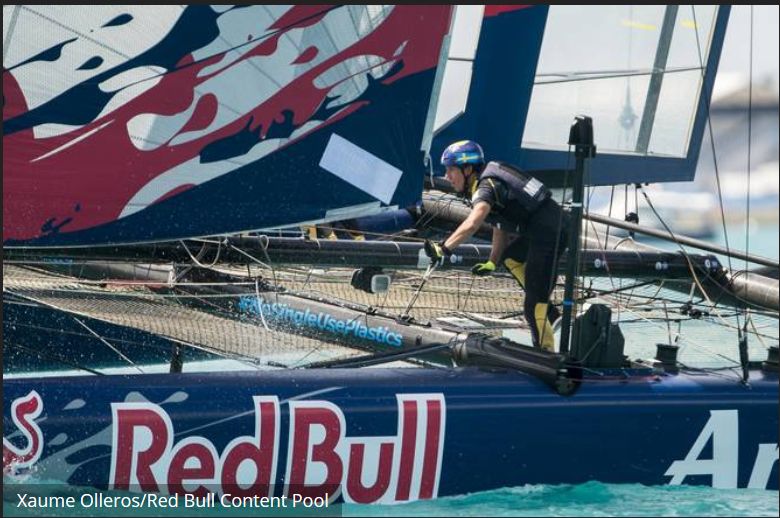 America’s Cup Village (Bermuda) – The serene island paradise of Bermuda will be rocking this week when the world’s best young sailors fly across the Great Sound in the Finals of the Red Bull Youth America’s Cup. Amid the already-charged atmosphere of the race action in the 35th America’s Cup Match, presented by Louis Vuitton, eight international teams of sailors aged 18 to 24 will amp the excitement even higher over two days until the youth champions are crowned. Among them are compelling home heroes who have become the Cinderella story of the summer. Don’t miss the Finals action LIVE on Red Bull TV, this Tuesday and Wednesday, June 20 and 21.

There’s more than a trophy at stake. Launched in 2013, the Red Bull Youth America’s Cup was developed by Sport Directors Roman Hagara and Hans Peter Steinacher to provide a pathway toward a professional career in sailing, and America’s Cup syndicates have been watching closely. Now that Austria, Denmark, Japan and the USA have been eliminated in the Qualifiers, the Finals are the last chance for the remaining teams to show the sailing world what they’re made of.

“Like the America’s Cup, this event happens only once every four years, and it’s up to these sailors to seize the moment,” said Hagara, who won two Olympic Gold Medals with Steinacher. “Peter Burling was the skipper of the winning youth boat in 2013, and now he’s helming Emirates Team New Zealand. There’s no question that the sailors you see in the Finals are the stars of tomorrow.”

Just 18 months ago, many on the Bermudian team had never sailed at all, and none had ever experienced anything remotely like the massive AC45F foiling catamarans of the Red Bull Youth America’s Cup. Their unlikely success in securing a Finals berth has riveted the entire island, with spectators cheering madly for the team on the shoreline and from boats on the Great Sound.

On paper, Sweden and New Zealand are provisional favorites based on Qualifier placement and the Kiwi team’s status as the defending champion. But the terrifically close results so far indicate that the top step of the podium is anyone’s to claim.

“You couldn’t ask for a better sporting event – passionate young athletes, spectacular boats flying in a beautiful setting, fans going wild all around,” commented Steinacher. “This is what sailing is all about.”