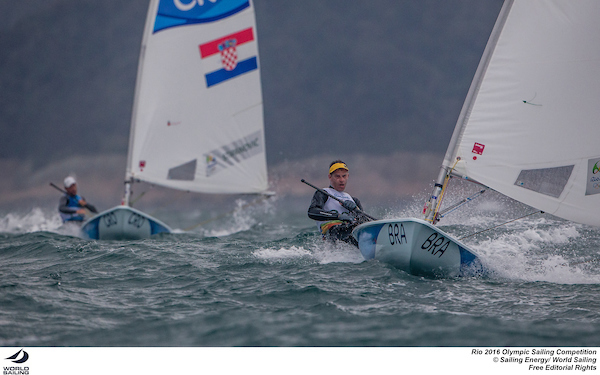 The light airs that followed two days of chaos at the Rio Olympics led to some high scores by even the top sailors and allowed both Robert Scheidt (BRA) and Tom Burton (AUS) to close the gap on Tonci Stepanovic. The Croatian retains a three point lead over Scheidt and five points over Burton but his scorecard today read (28),9, possibly indicating that some cracks are starting to appear.

Burton is putting a good regatta together and his seventh and second today lifted him into strong medal contention. The only threat from behind appears to be World Champion Nick Thompson (GBR) who had a shocker in the first race today, recording a 24th. He is seven points behind Burton.

Burton commented: “Obviously some people had an up and down day but it was a good day for me. Tomorrow we're sailing at leats one race on the medal race course so I need to start well to keep the momentum going.”