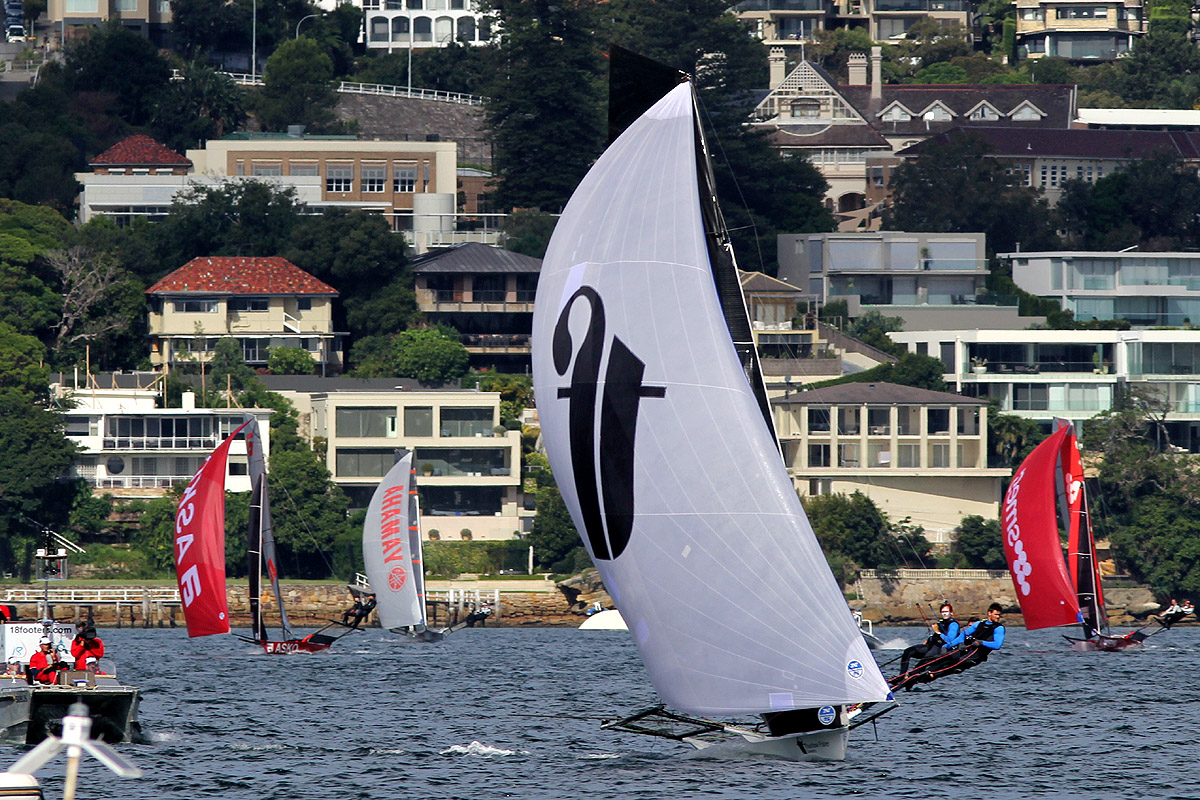 Thurlow Fisher heads for home with the challengers in the background. Photo Frank Quealey.

From the start, Thurlow Fisher was in or near the lead on the long windward leg to Rose Bay, where she held a 5s lead from Asko Appliances and Line 7 as spinnakers were set for the run to the wing mark off Clark Island. Smeg was fourth in Rose Bay, followed by Yamaha, appliancesonline and Mojo Wine (Jack Sprague).

With the wind direction shifting more to the SE as the fleet raced to Clark Island, there were a few ‘moments’ for the crews but the Thurlow team powered ahead and opened up a bigger break over the challengers.

Positions at the head of the closely bunched fleet remained relatively unchanged as the skiffs raced down to the bottom mark. Once again, the Thurlow Fisher crew were faultless as they raced to a 1min lead over Asko Appliances when the fleet returned to the Rose Bay windward mark on the second lap and from that point the winner was never in doubt.

In the very light winds on the final windward leg, Smeg manager to head for home in second place, 25s ahead of Asko Appliances, Compassmarkets and Yamaha.

The short run to the finish off Clark Island wasn’t expected to provide many changes but the racing was so close the Compassmarkets team managed to gain the upper hand on Smeg in a nail biting finish.

A spectator ferry will follow each of the races in the championship, leaving Double Bay Public Wharf alongside the clubhouse, at 2.30pm on each race day. All races will be live streamed from the Camera Cat and the drone, a world's first. Head to 18footers.com to watch the race live or catch up later.