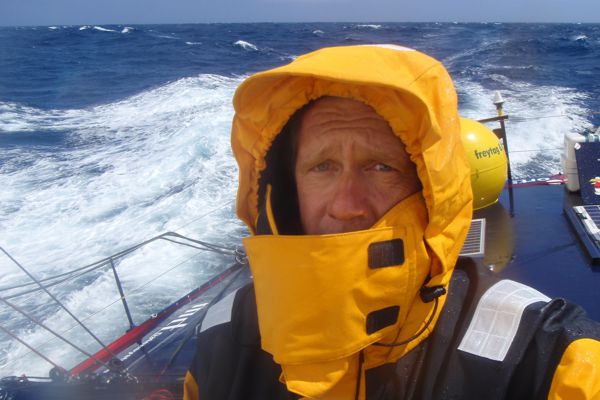 ANT-ARCTIC-LAB stands for the first attempt to sail nonstop, singlehanded and without assistance from Europe to the Arctic, through the Northwest Passage, down the Pacific Ocean and passing through the most dangerous cape in the world Cape Horn to circumnavigate the Antarctic continent. After rounding Cape Horn a second time, the journey will continue north through the Atlantic Ocean to the final destination of Les Sables d'Olonne (FRA).

The ANT-ARCTIC-LAB challenge will take place from July 2018 until February 2019.

This unbelievable undertaking will be another extreme sailing adventure for skipper Norbert Sedlacek which will take him more than 34.000 nautical miles, around seven months on his 60ft. racing yacht Open60  through the most dangerous waters on our planet, through ice, stormy waters, the doldrums and many more.

Norbert's first solo-circumnavigation of the globe (26.000 nm) started on July 28th, 1996 in Grado. This successfully accomplished “nutshell”-challenge took two years and ended on July 26th, 1998 at the port of departure.