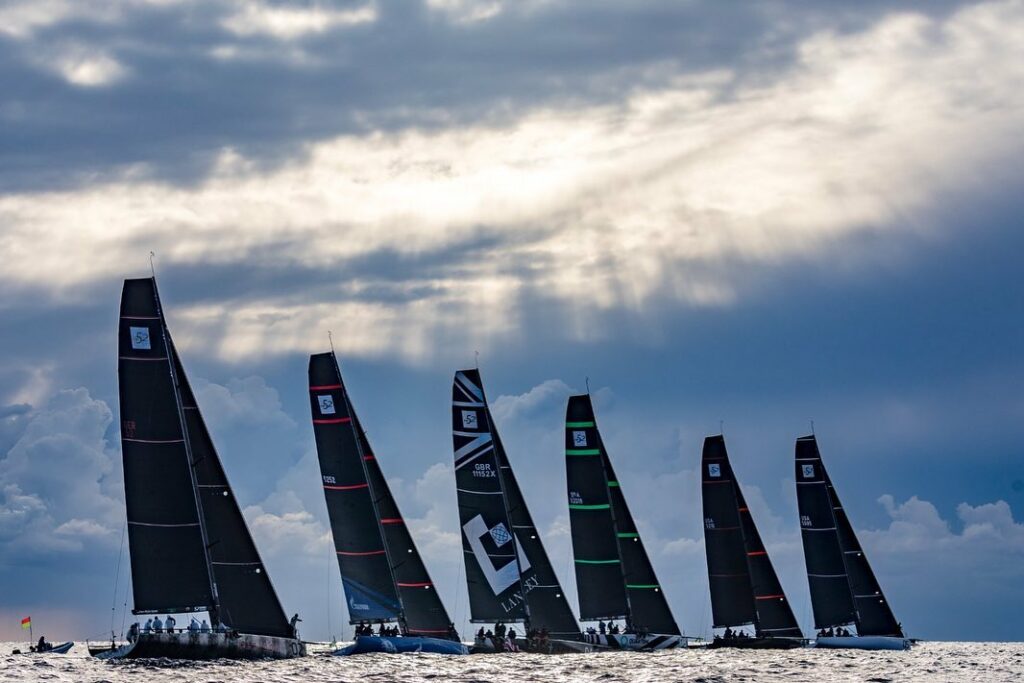 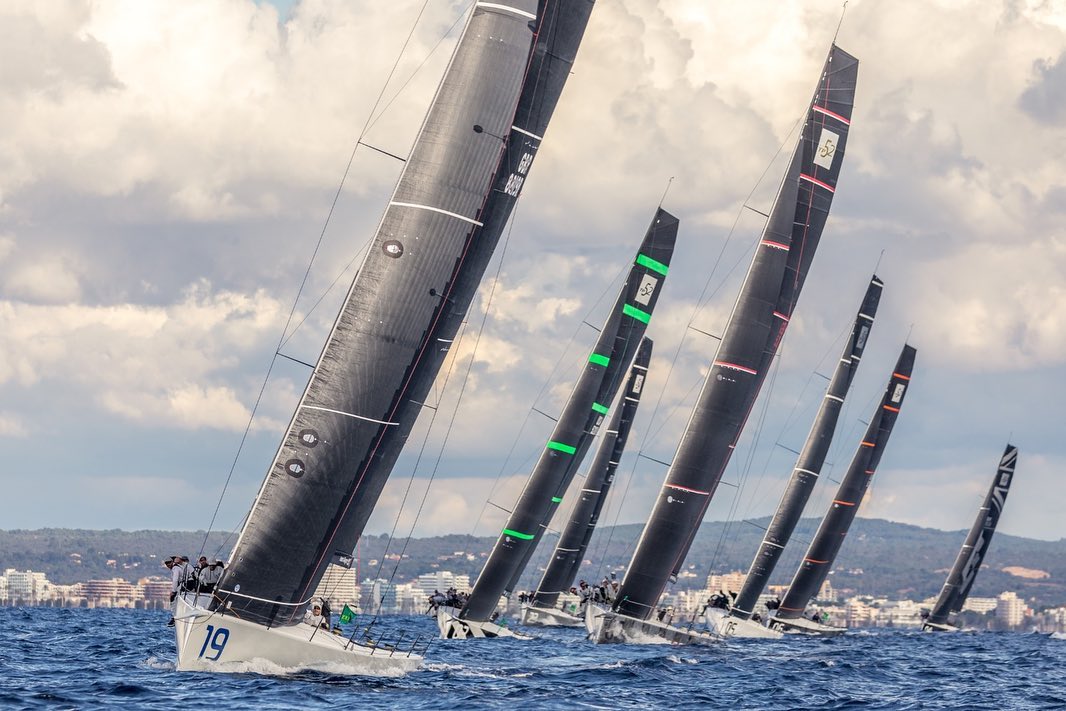 Phoenix is leading the event by one-point. Pic – Nico Martinez

Consistent results in the top group sees Germany’s Platoon and South Africa’s Phoenix locked in a three-way tussle with the USA flagged Sled for the Rolex TP52 World Championship title on the Bay of Palma.

After six races only one point separates the trio.

With just two days of the European season left, the overall circuit title for 2021 is equally finely poised. 52 Super Series leaders are Takashi Okura’s Sled, one point ahead of Platoon and two ahead of Phoenix. When they needed to at least be matching this top trio, today Quantum Racing faltered slightly with a seventh in the second race which may prove costly to their hopes of a fifth 52 Super Series title.

The breeze was again blowing off the shore. That meant more wind shifts and changes in pressure to test to the nerves as well as the skills of the after guards. The spotty wind was hard to read, making the remarkable consistency of Platoon and Phoenix all the more impressive.

Tacticians Jordi Calafat and John Kostecki for Platoon and Tom Slingsby and Cam Dunn for Phoenix, took risked when they needed to and were mostly rewarded by gains. After a solid third and fourth from yesterday’s similar conditions, Quantum Racing were nicely in the mix in the second race but lost positions on the second upwind to finish seventh, resulting in a 12-point day.

While there are two days of scheduled racing left, the forecast for gales in the Bay of Palma on Saturday see some teams altering their strategy for Friday, the penultimate day. Set to blow hard from the north, there is a belief that there might be enough protection from the land to allow racing. While others believe that Friday will be the final showdown.

Andy Soriano’s Alegre made a great start to the day, winning the first race. While Sled started off the pin on the second race and working the early left of the beat were clear at the top of the fleet at the windward mark with Alegre looking good in second. But once again it was the first half of the second beat which really shook up the middle order places, Alegre dropping to fifth across the line.

Phoenix’s Tom Slingsby said, “My nerves are gone. It was crazy racing out there. Any tactician who says they know what’s going on out there would be lying. It’s just insane racing, it’s crazy, it’s very hard to predict, we’re just riding the rollercoaster. And so I am really happy with two thirds today on a day like that.

“I don’t know how many times today I said to Cam Dunn, ‘I have no idea what’s going to happen here.’ But it was just one of those days where you had to sail in your own breeze and get round the course quickly. In these conditions it really helps having a strategist. Having a good set of eye to give me input on the course is invaluable.

“And so yes we’re in the mix for the world title and the overall title. The points are so close heading into tomorrow, it’s anyone’s game but we’re happy to be in the hunt. Looking forward. There is a good chance tomorrow is the final day so we have to approach it that way.”