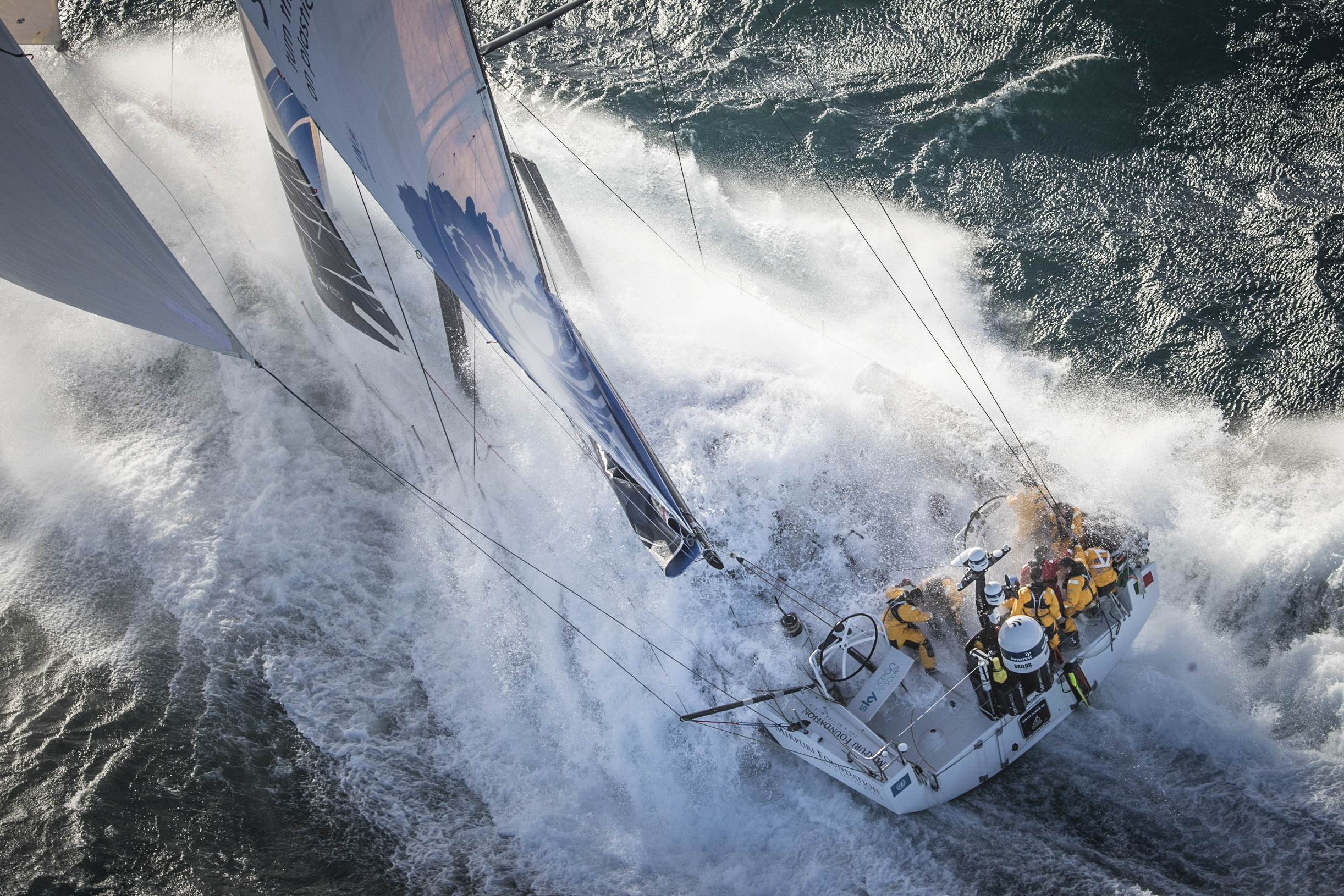 The route for the 14th edition of the event has been changed due to the COVID-19 pandemic. Pic - Ainhoa Sanchez/Volvo AB

The next edition of The Ocean Race will feature the longest Southern Ocean leg in the 50-year history of the event, an incredible 12,750 nautical mile marathon between Cape Town, South Africa to Itajaí, Brazil.

This is just one of the highlights of the updated race course, confirmed this week.

The race route for the 14th edition of the event has been rationalised in response to the logistical realities of an around the world race in a COVID-19 environment and will start from Alicante, Spain in late December / early January, with the final date to be announced.

From there the IMOCA and VO65 fleets will sprint out of the Mediterranean Sea to Cabo Verde, visiting this African island nation for the very first time, before racing down to a perennial favourite among stopovers, in Cape Town, South Africa.

Then, a return to the roots of the Race, with a massive sojourn through the Southern Ocean, over 30 days of racing, to Itajaí, Brazil, host of the past three stopovers in South America.

“This update to the race route makes it reminiscent of the original Ocean Race’s of the past, and I hope the delay of the start until after the Route du Rhum will entice more teams to join us on the start line,” said Charlie Enright, skipper of 11th Hour Racing Team.

“Not only is it a simpler race from a logistics and organisation point of view, it should also be more cost-effective and more accessible for other IMOCA teams, particularly those looking to build-up to the 2024 Vendée Globe. The confirmed course is exciting – one month at sea, racing through the Southern Ocean, on the longest leg we’ve ever faced.

“It’s a reminder that we will need to be at the top of our game to take it on, and allows us to really hone in on our preparations, starting with the Transat Jacques Vabre this weekend.”

This will be the longest leg in the history of The Ocean Race, dating all the way back to the very first fully-crewed around the world race in 1973, and will see a transit of the three great Capes – the Cape of Good Hope, Cape Leeuwin and Cape Horn – in succession, without a stopover, for the very first time.

“We believe the 12,750 nautical mile leg from Cape Town to Itajaí is a very special element – unique in history – in the next race,” explained Johan Salén, the Managing Director of The Ocean Race. “The ongoing and unpredictable effects of COVID-19 have meant it is impossible, at this time, to do the planning necessary to ensure successful stops in China and New Zealand.”

“China and New Zealand remain important to the present and the future of The Ocean Race, and we plan to return to both countries again,” said Race Chairman Richard Brisius. “We will work diligently with both to explore ways for them to have a meaningful presence in this edition as well.

“China, of course, has a strong history of hosting stopovers since 2008-09 and was the winner of the last edition of the Race, with the Dongfeng Race Team. And we consider Auckland to be a spiritual home for this event, with legends like Sir Peter Blake, Grant Dalton, Ross Field and Mike Sanderson, to name just a few among so many of the amazing Kiwis who have taken on this challenge. Their legacy is woven into the fabric of The Ocean Race.”

“When I look at The Ocean Race, I see a great opportunity,” said Paul Meilhat, winner of the Route du Rhum in 2018. “This is a race that will push us to the limits as sailors but is also set up well for us as IMOCA sailors to race in a fully-crewed format, and showcase the fastest, foiling, offshore race boats to fans of the sport all around the world.”

Following the Southern Ocean leg, and after rounding the famed Cape Horn, teams will stop in Itajaí, Brazil to recharge bodies and boats, the race course will take in Newport, Rhode Island, USA, before crossing the Atlantic to northern European stops in Aarhus, Denmark and The Hague in The Netherlands, before the Grand Finale finish in the Mediterranean in Genova, Italy.

“The updated race sets out an epic Southern Ocean leg, even longer than when we raced from China to Rio back in the 2008-09 race,” said Chris Nicholson, a six-time race veteran, currently putting together a campaign with W-Ocean Racing. “This race now combines the ideal race for the sailors whilst still delivering for the stakeholders.

“I am already looking forward to it whilst also being very wary of the leg at the same time. One of the best parts of competing in The Ocean Race is being able to push yourself and your boat to the limit, now we have been given a taller mountain to climb and I cannot wait for the challenge.”

Stopover dates will be announced shortly as the route logistics are fully confirmed.

“These are challenging but nonetheless very exciting times for international events like The Ocean Race,” reflected Brisius. “We have a clear mission ahead – to enable our sailors to achieve the extraordinary, while driving change towards a healthier, sustainable planet.

“Following on from the inaugural edition of The Ocean Race Europe this spring, the 14th edition of the around the world race is the next phase in our 10-year plan of events, which includes regional and global races, as well as our series of The Ocean Race Summits, designed to explore solutions and drive meaningful change towards the restoration of ocean health. We will continue working with all of our stakeholders: teams, host cities, partners, race fans and media to make progress on these goals.”

“This race course, for sailors and teams in both the IMOCA and VO65 classes, is shaping up to provide one of the toughest challenges in the long story of the Race,” Salén concluded. “Over our 50 years of history, The Ocean Race has evolved with the times, but remained true to its core values. We’re looking forward to the next start in Alicante in December/January to write the next chapter.”

Entries for the race will be announced by participating teams over the coming months – the list of registered teams can be found here.