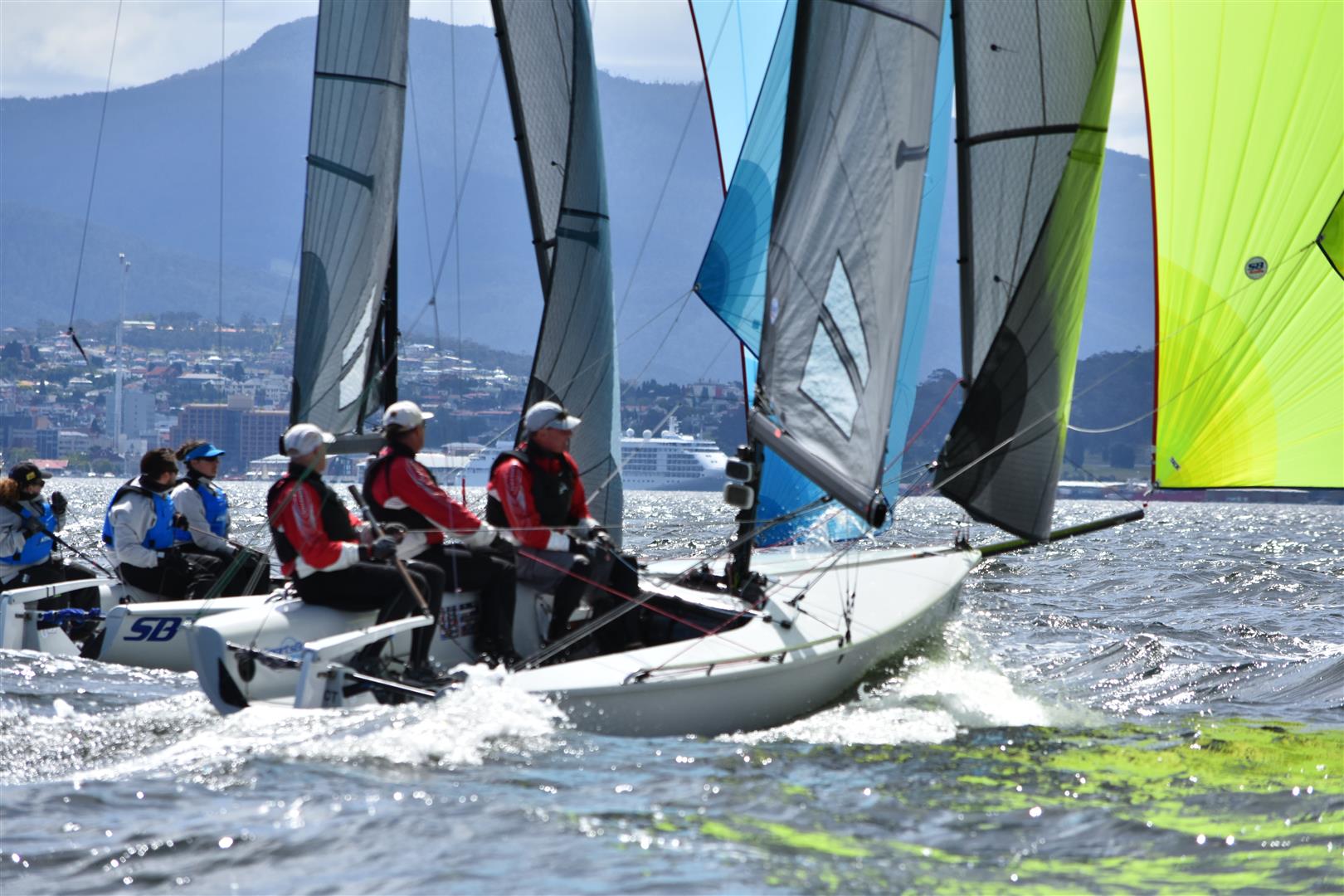 Three straight wins on a day when the wind ranged from 0 to 25 knots have put Brett Cooper to within one point of overall leader Rob Gough at the end of day two of the SB20 Australian championship on the River Derwent in Hobart.

Gough and Cooper’s positions at the top of the leader board in the 35 boat fleet have been made somewhat easier with the BFD (Black Flag) disqualification from race four of several close rivals.

Gough’s Difficult Woman has been leading the Championship from the start on Friday followed his first and second on day one with placings of 9-3-8 yesterday to be on 23 points.

With ‘Twirler’ Jones calling the shots, Aeolus narrowly won each of yesterdays’ three races following an 11th and 10th pm day one to be on 24 points.

Third overall is the consistent Matthew Pilkington on 32 points from placings pf 6-4-14-4-4, just one point ahead of Export Roo (Michael Cooper) who has placed 7-1-5-6 over the first two days of the four day regatta.

The third race of the day, race five, saw a north-westerly front give the fleet some torrid sailing, including the dismasting of 2Unlimited. Aeolus was against best boat in fleet, winning from Pinch (Fraser Read) and Karabos (Nick Rogers).

Boats disqualified from race four have dropped down the list, although they can discard this race, with Pinch currently eighth overall, Ikon20 ninth and The Honey Badger 10th in fleet.
Several boats suffered damage yesterday and were forced to retire from race five, including Hypertronics, Power of Athena and 2 Unlimited.

Two more days of sailing remain with the target 12 races on the Derwent in this significant lead-up to the SB20 worlds here in January.